Pictures of America the Indispensable! 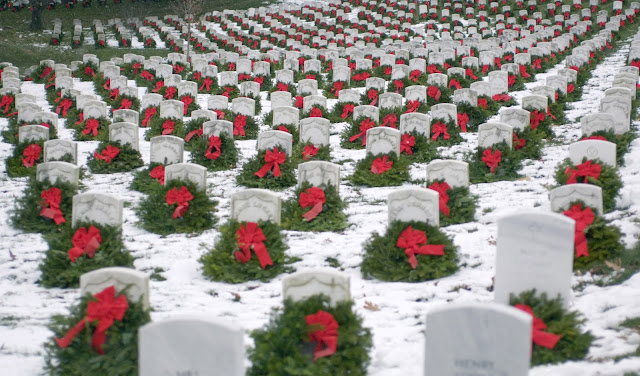 Wonder how these Americans interred in Arlington National Cemetery feel about being 'indispensable?'

'America the Indispensable,' based on the good will and respect we have generated in so many nations since 1898:

Where did we have that "good will and respect?" Back in 1898, when we lied to the Filipinos and Cubans about giving them their freedom if they'd help us kick out the Spanish overlord?

Maybe Central America in the early 1900's, where we helped the big plantations and the New York banks do business by sending in the US Marines and killing people, being gangsters for Wall Street, like General Smedley Butler said?

Dropping those two nukes on Japan, even as they were trying to surrender, really improved our image! Those GI POWs that got incinerated, and Truman knew it, were probably singing the national anthem when they heard the Big One drop.

Perhaps it was gained during the illegal and immoral Vietnam War, where we murdered at least 3 million Vietnamese, and a million or more Laotians and Cambodians, along with laying waste to Vietnam's environment thru the use of toxic chemicals like Agent Orange and napalm residue, which is still poisoning the Vietnamese and causing birth defects? 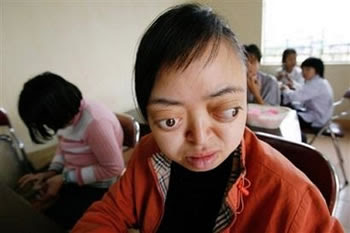 Or maybe during all the death and destruction we visited on Central America--again--and S. America in the 1970's and 1980's? Just had to install or prop up US stooges to make the Fortune 500 crowd happy.

Or blindly supporting the Apartheid nightmare Israel, which returns our largess by spying on us, stealing from us and setting off False Flags to keep us PO at Muslims. Damn near everyone knows ME peace starts in the Israeli occupation of Palestine, but not here in 'Murica, and by God, we'll fight over that!!

I could go on about 'America the Indispensable,' but I'll stop here. The only 'good' relations the US Imperial War Machine has had is in Hollywood movies, where the tired, bedraggled looking GI, worn out fighting for some country's freedom Wall Street, gives his last candy bar to some kid.

The USA has been invading, imperialistic brutal SOB for over a century and our propaganda is so good, we have most people getting teary-eyed when they think the past they remember is for real and not manufactured.

What we have lost is that at one time, most of the world blamed our government for being such nasty SOB's but now they're even blaming Americans, for letting this military madness go on and on and on.. 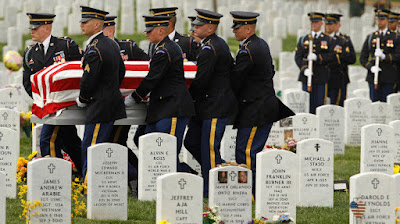 Notice all the Arlington cemetery graves with the 'Star of David' icon on them? What's that, you say there are none? That can't be, after all, we're fighting and dying so Israel can steal more land and be the only economic power in the ME, so there must be many dead Juden in that vet cemetery!

Gotta be some Jewish-Americans in Section 60 of Arlington, maybe? Section 60 is the one where American vets killed fighting and dying for Imperial Israel are interred.


Here's the assholes our kids are fighting and dying for, a vile, disgusting group of vicious, self-absorbed pigs who only want one thing; MORE of our money and cannon fodder.


WAR is a racket. It always has been. by General Smedley Butler

A racket is best described, I believe, as something that is not what it seems to the majority of the people. Only a small "inside" group knows what it is about. It is conducted for the benefit of the very few, at the expense of the very many. Out of war a few people make huge fortunes.

But the soldier pays the biggest part of the bill.

How To Smash This Racket!
WELL, it's a racket, all right.

A few profit -- and the many pay. But there is a way to stop it. You can't end it by disarmament conferences. You can't eliminate it by peace parleys at Geneva. Well-meaning but impractical groups can't wipe it out by resolutions. It can be smashed effectively only by taking the profit out of war.

The only way to smash this racket is to conscript capital and industry and labor before the nations manhood can be conscripted. One month before the Government can conscript the young men of the nation -- it must conscript capital and industry and labor. Let the officers and the directors and the high-powered executives of our armament factories and our munitions makers and our shipbuilders and our airplane builders and the manufacturers of all the other things that provide profit in war time as well as the bankers and the speculators, be conscripted -- to get $30 a month, the same wage as the lads in the trenches get.

Let the workers in these plants get the same wages -- all the workers, all presidents, all executives, all directors, all managers, all bankers -- yes, and all generals and all admirals and all officers and all politicians and all government office holders -- everyone in the nation be restricted to a total monthly income not to exceed that paid to the soldier in the trenches!

Let all these kings and tycoons and masters of business and all those workers in industry and all our senators and governors and majors pay half of their monthly $30 wage to their families and pay war risk insurance and buy Liberty Bonds.

But there are Muslim Americans in Arlington, killed in the endless 'Wars for Wall Street and Israel.' 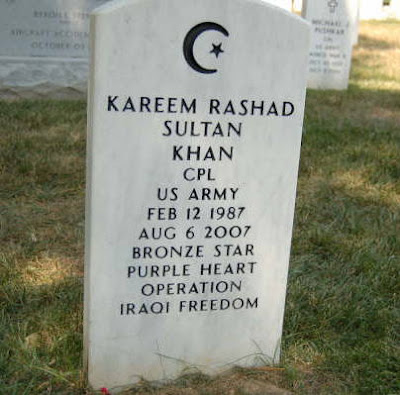