Another War for Israel; Sending the USS Cole to Yemen...Again

Looks like Donny Boy is itching to start another War for Wall Street and Israel, this time against Iran, a nation which Israel hates and wants 'Shocked and Awed,' but is too gutless to do any fighting, so the Zionist Terror Masters will let their GOY bitch, the USA, do the fighting and killing for Apartheid Israel.

Mr. Yuge sent the USS Cole to Yemeni waters, most likely to be a target for another Israeli sub launched "Popeye" cruise missile, like the ship was in October 2000, securing the election for Bush the Deranged.

Compare these photos of the damage done to the Liberty and Cole and ask yourself, why are they so similar? Was the same type of explosive and knowledge of where to hit the ships from the same source? The top pic is from the 1967 Israeli attack against the USS Liberty: 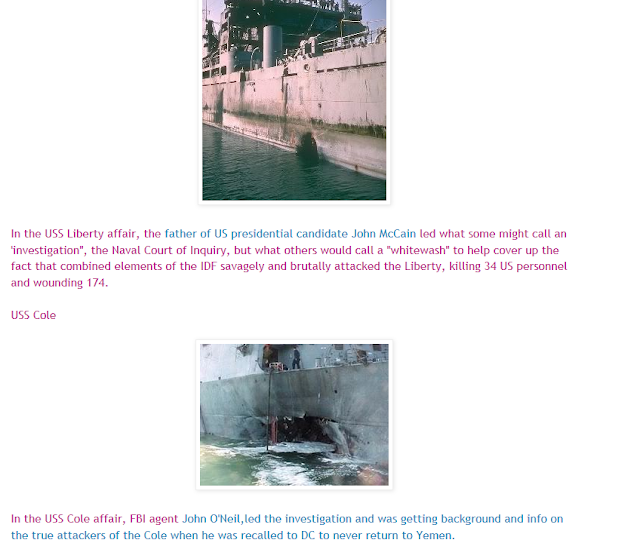 Trump couldn't of made and lost three different fortunes while living in NYC then make another multi-billion dollar fortune w/o being in bed with the Wall Street gangsters that have been robbing Americans blind for decades.

Looks like the bill for Trump's fortune has come due and it will be paid off with the blood of American kids and Iranians, all to please his Yid Overlord.
Posted by Greg Bacon at 5:48 AM