Best Look for These Gangsters in Israel

Not being able to find armed and dangerous Yid mobsters must be part of that 'special' US-Israel relationship. The relationship works like this: Israeli thugs come into the USA, set up business fronts, like a moving company, steal from thousands of Americans, then when so many of the GOYIM have complained that some agency just has to do something, someone in authority tips the Yid Mobsters off and off to Israel they go, spending their loot and secure in the knowledge no federal prosecutor who wants to keep his job will go after them, after all, they're special.

From the US Department of Transportation OIG pages, here. And there is page after page after page of these Yid thieves, all on the run and all probably enjoying the Tel Aviv beaches and nightlife. 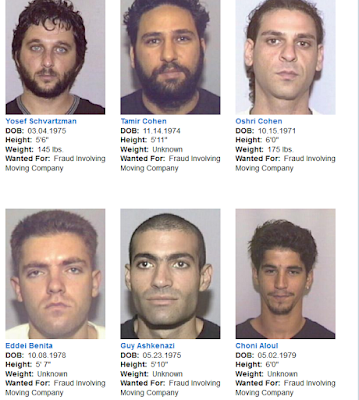 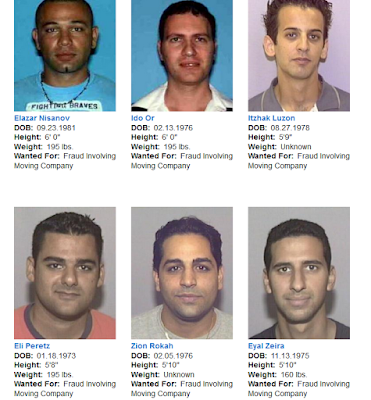 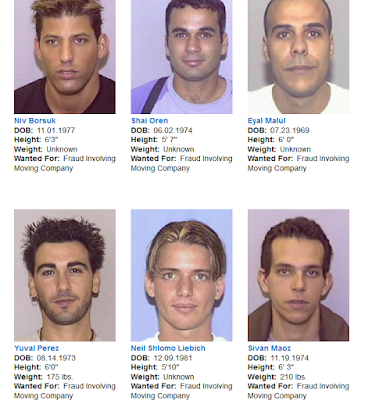 Guess it never occurred to authorities that the same con men movers could also move large amounts of illegal drugs from state to state, but again, these thoughts are best left unsaid, if law enforcement authorities wish to keep their jobs. And they do that by not upsetting that 'special' Israeli-USA relationship.

Some of these gangsters were operating before 9/11. Hmm, wonder if they know Dominik Sutter of New Jersey's Urban Moving, who made 'aliyah' to Israel shortly after the Israeli masterminded 9/11 False Flag.


According to ABC’s 20/20, when the van belonging to the cheering Israelis was stopped by the police, the driver of the van, Sivan Kurzberg, told the officers:
"We are Israelis. We are not your problem. Your problems are our problems. The Palestinians are your problem." (10)

Why did he feel Palestinians were a problem for the NYPD?

The police and FBI field agents became very suspicious when they found maps of the city with certain places highlighted, box cutters (the same items that the hijackers supposedly used), $4700 cash stuffed in a sock, and foreign passports. Police also told the Bergen Record that bomb sniffing dogs were brought to the van and that they reacted as if they had smelled explosives. (11)

"The Palestinians are your problem?" Odd that some Yid gangster would say that, or maybe not, considering how the lying MSM has covered up the Israeli genocidal campaign against Palestine since Israel attacked the USA on 9/11.

Here's a video of one of Dominik Sutter's moving vans, caught on 9/11.

So what are the sneaky bastards up to this time?
Posted by Greg Bacon at 3:27 PM