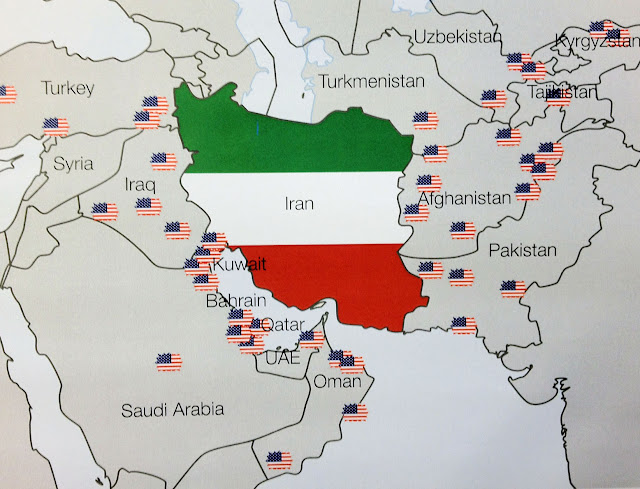 The Zionists, Israeli-Firsters, Jew Sayanim and CZ's have all the assets in place to launch an attack on Iran, as the map shows. They have a president who's mobbed up with the Israeli land thieves and a CIA Deep State that thrives on death and destruction, since it gives them more money and power to rule over us peons. And for the nuttier ones, it brings closer their beloved 'Rapture,' even though their idea of this insanity would bring about the deaths of hundreds of millions, maybe even billions


The Coe cult’s Jewish Zionist partners at AIPAC are solidly in via Trump’s son-in-law Jared Kushner. These are two groups that cynically use each other, the messianic (waiting to be saved from themselves) Jewish Zionists require the far more numerous Christian Zionists to advance their ‘Greater Israel’ agenda and the fundamentalist Christian Zionists depending on the Jewish Zionists realizing a ‘Greater Israel’ to fulfill apocalyptic bible prophecy. Yeah, amazingly, that shit plays at the top levers of power.


What a stroke of luck to bring out this info the day BEFORE the Israeli masterminded 9/11 False Flag, which buried the story in the WTC rubble. Amazing, simply amazing!

Since then, more money is missing from the Pentagon, nearly 7 TRILLION.

When you drop your car keys somewhere and can't find them, then the keys are missing. When NINE TRILLION DOLLARS are gone and can't be found, that's not missing, that's theft and fraud on a cosmic scale.
Posted by Greg Bacon at 7:06 AM