Is Freedom of Speech Now VERBOTEN?

That appears to be the case, as the excellent Smoloko.com is now under attack because its owner, Scott Spencer, is accused of writing some 'graffiti' on concrete in a park.


Is America the New Soviet Union? It’s starting to look that way. So called ‘antisemitism’ was punished severely in the USSR, and now in America, Scottie Spencer is being charged with ‘ethnic intimidation’ for allegedly criticizing jews and jewish power with chalk in the park and could face possible jail-time. Scottie is worried for his life and believes the jews are in full control of the court system and intend on placing him inside jail where they will have him murdered in order to shut down smoloko.com. His trial is coming up on June 2nd. Will he have a fair trial and be acquitted of these bogus charges or be subjected to a jew run kangaroo court similar to that of the NUREMBERG trials?

What's his heinous crime? Someone wrote on the concrete that "Jews own America." 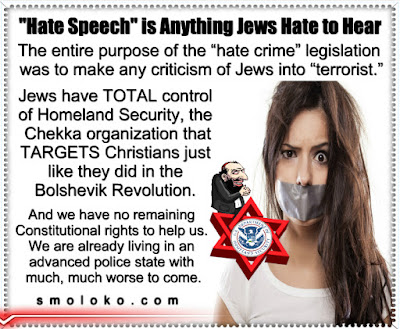 Scott Spencer was booked into the Mahoning County jail on Thursday ( SEP 23, 2016) facing charges of ethnic intimidation and criminal mischief that were filed in Boardman Court. Ethnic intimidation is a felony under Ohio law.

(update – Scottie’s attorney, Attorney James Gentile had the charge reduced to a misdemeanor but the Jews are still putting heavy pressure on the courts to imprison Scottie.) 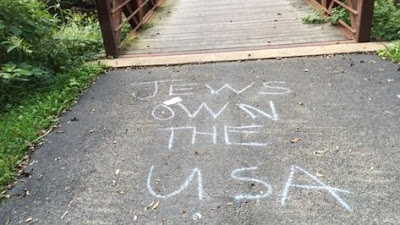 The graffiti was discovered in several locations, including the East Cohasset, Lanterman’s Mill, and Boat Dock areas, according to Shandor. A park visitor witnessed the graffiti being written and called police.

(smoloko note – this turned out to be a lie, there are no witnesses involved in the case. No one saw who wrote these words)

The graffiti, written in chalk, included messages like, “Hitler was right“, “Jews highjacked America“, and “Jews are behind the race mixing agenda.” Shandor says all of the graffiti has been washed off by park personnel.

(smoloko note – since when is chalk considered graffiti ? It easily washes away)

A court hearing for Spencer is scheduled for Tuesday.

Update. Scottie goes to trial June 2nd, 2017. Will keep you posted on the outcome. 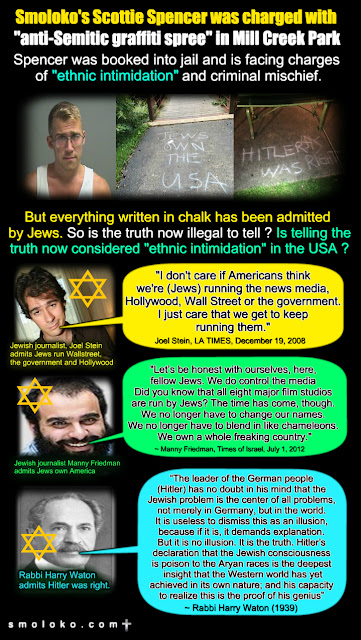 This is serious. If Das Juden succeeds in punishing Mr. Spencer for this, then it will be 'open season' on the rest of us American Goyim, with the Jew-written Hate Laws about asking questions about WW II waiting in the wings to be passed as legislation.


The crux of this matter is:

ALL EVIDENCE IS CIRCUMSTANTIAL. NO ONE HAS SEEN WHO WROTE THE TRUTH IN CHALK.
CHALK WASHES OFF EASILY WITH WATER AND IS NOT GRAFFITI. HECK LEFTIST “ARTISTS” HAVE BEEN EMBRACED WITH CHALK STREET ART FOR DECADES.
FREEDOM OF SPEECH ARGUMENTS HAVE BEEN COMPLETELY IGNORED IN JUDICIAL MATTERS THUS FAR.
JEWS ARE PUSHING TO INTIMDATE SCOTTIE SPENCER AND TO SHOAH HIM AND HIS WEBSITE.

Scottie is rightly not interested in going to jail. Given past thuggery by the Jew mafia with “accidental deaths” of people who stand against them (in Ohio, think Jim Traficant) he could be raped, bashed or murdered in jail. 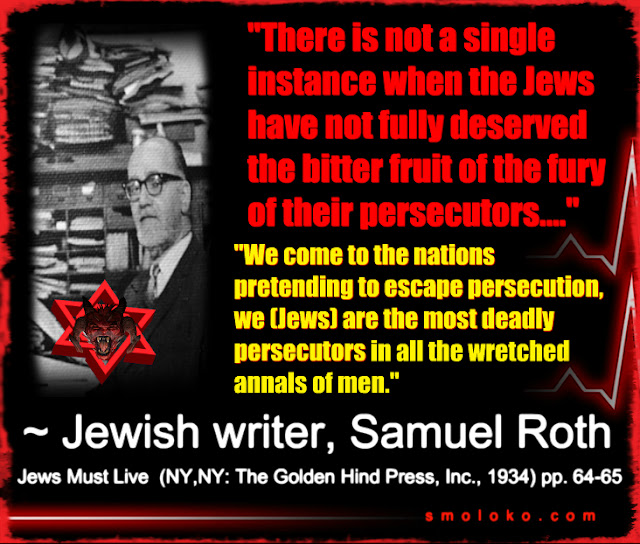 Everyone who believes in freedom of speech should support Mr. Spencer. If the Jew takes him down, then the rest of us will be in the Jew's Star of David cross-hairs. 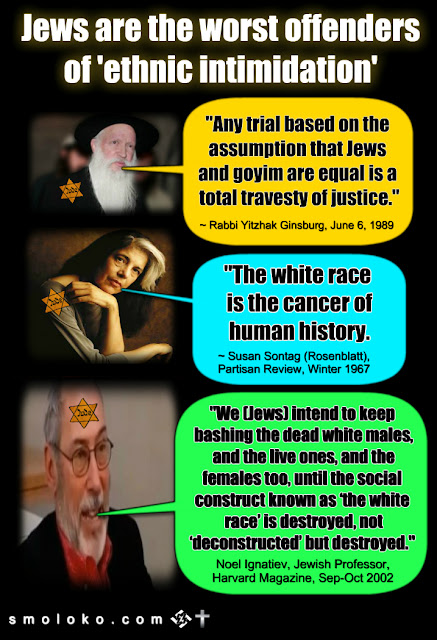 What will happen to us Goyim when Das Juden gets total control of the USA? Their Rabbis already know. 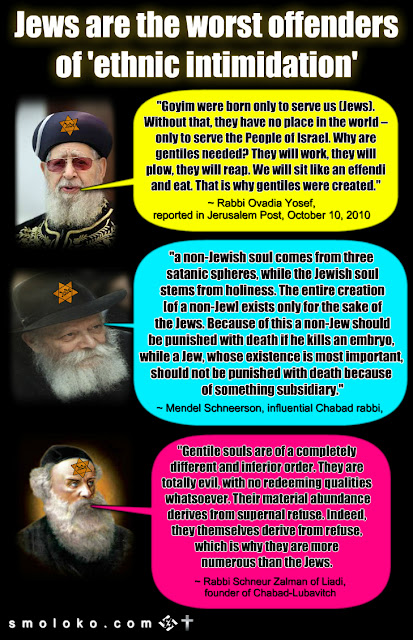