Which Holocau$t™ Am I Supposed to Believe and Worship?

All good goys and girls know that Holocau$t™ has now become a state protected religion that we must worship at least once a day, preferably in the form of cash donations to some Jew or Israeli charity. But which Holocau$t™ are we supposed to believe in and worship?

The most revered number of six million is definitely a huge fabrication, since the numbers at both Auschwitz and Madjanek have dropped by around 4 million. Then there's that Red Cross document that shows less than 300,000 Jews died during WW II, so these facts are upsetting for good little goys and girls who have been programmed to worship the Holocau$t™ so PLEASE, give us a number that will withstand historical questions and facts.

We don't want to wind up like Robert Faurisson, who was almost beat to death by peace-loving Jews who demanded that Faurisson bow to the Holocau$t™ except he had legit questions which the Jews answered with clubs and fists. 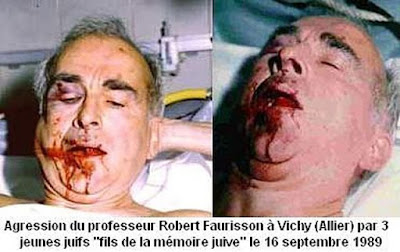 Then there's the other changes in the most Holy Holocau$t™ story, like changing that Germany had death camps to they didn't have death camps, all those were in Poland, behind the Iron Curtain, making investigation impossible for decades.

Then there's those fake gas chambers, built AFTER the end of WW II to show a gullible public what they looked like, except prominent historians like David Irving say they never existed?

Also confusing is the dropping from the most Holy Holocau$t™ scripture of the shrunken heads and then we also found out that NO Jew skin made lampshades and NO Jew ashes/fat made soap, so as you can see, it's getting very confusing for us goys and girls who, having been trained from birth to worship the Holocau$t™ now have all these other stories which appear to put large holes in the most Holy Holocau$t™.

Add in all the phony stories, like Misha Defonseca’s Misha: A Mémoire of the Holocaust Years (1997) and it gets very difficult for us goys and girls to worship the Holy Holocau$t™.

When you get the New York Times outing phony Holocau$t™ stories, that makes for a very confusing story for us dedicated acolytes to believe in!


So please, Jewish Overlord and Keepers of the Holy Holocau$t™ choose ONE story about what happened so we can continue being good little goys and girls! We know that since it's a religion, then whatever story yarn you publish will be sacred dogma, not subject to questions!

If you don't worship the most Holy Holocau$t™ then ISIS will be unleashed on your infidel heads!
Posted by Greg Bacon at 8:13 AM