Why Does the FED & Treasury Let Wall Street Rob Americans & Blow-up the Economy?

Even back in 1912, BEFORE the money-grubbing FED was spawned, Americans knew it would be no good for the economy. 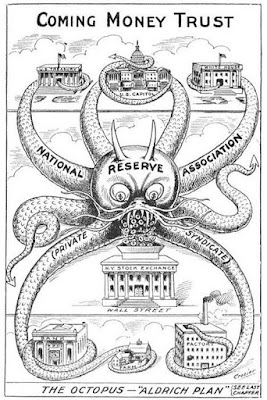 I ask that because BOTH are dedicated to protecting the US economy and Americans from fraud, deceit and wholesale theft, which is exactly what they DON'T do. 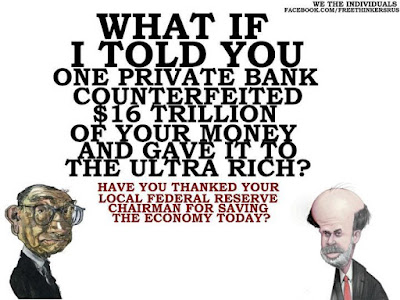 The Federal Reserve System is the central bank of the United States. It performs five general functions to promote the effective operation of the U.S. economy and, more generally, the public interest. The Federal Reserve conducts the nation’s monetary policy to promote maximum employment, stable prices, and moderate long-term interest rates in the U.S. economy; promotes the stability of the financial system and seeks to minimize and contain systemic risks through active monitoring and engagement in the U.S. and abroad; promotes the safety and soundness of individual financial institutions and monitors their impact on the financial system as a whole.

Really? Could fooled me, but I'm just some bumpkin, not an elite Chosen One--Jewish--that always gets appointed to the FED. In fact, every FED head since 1979 has been a Jew. And yet, during that time, we've had some of the worst frauds, and thefts perpetuated upon Americans. Like the 1987 crash and the 2000 Internet bubble and now we're headed for the shoals again. Jews like to brag about their financial genius, so either the Jews getting appointed to the FED are imbeciles or they are part of the scams. 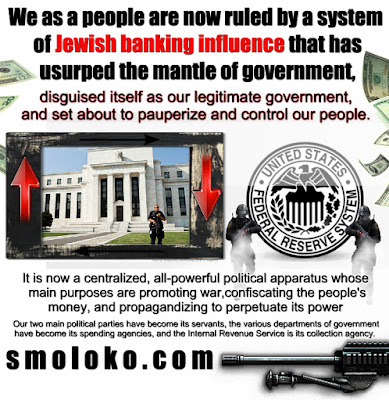 Here's the US Treasury's mission statement:


Maintain a strong economy and create economic and job opportunities by promoting the conditions that enable economic growth and stability at home and abroad, strengthen national security by combating threats and protecting the integrity of the financial system, and manage the U.S. Government’s finances and resources effectively.

Ha-ha-ha, that's a good one, except I'm too broke to laugh, thanks to the Treasury and FED mismanaging the economy and looking the other way when Wall Street pigs out on junk, like those derivatives. In 2007, 700 TRILLION blew a whole in our lifeboat, now those same Wall Street casinos have over 1.2 QUADRILLION...which looks like this:

That's a BIG fucking number and when the 'Three Card Monte' games of fraud blow this time, it will make 2007 look like a dud firecracker. 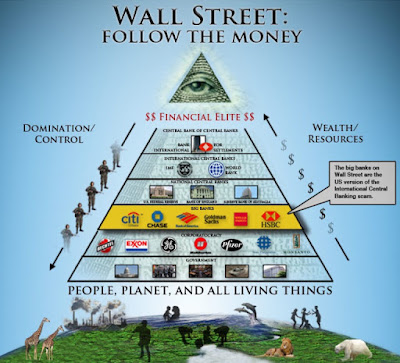 And surprisingly, in the last 22 years, damn near ALL the Treasury Secretary's have been Jews. Wow, what a coincidence. How can Congress find so many clueless buffoons to appoint to the Treasury?

My fav is Robert Rubin (1995-1999) who got Slick Willy to nix the Glass-Steagall Act, that prevented deposit banks and investment banks merging and using OUR money to bet. He also helped pass major changes to the commodity and financial markets, which gave us sky-high oil and gasoline prices and made possible the disastrous Mortgage Backed Security mess.

In 1997, when Brooksley Born, the head of the CFTC, wanted to regulate those derivative IED's, Rubin and his FED buddy Greenspan said "Hell NO." Guess they didn't want the good times to stop, eh?

But don't cry for Bobby, he left Treasury and moved to Citi Bank, where he made a cool 120 million, using some of the same tactics he helped pass into law. Yes, that's legal, if you know how to game the system.

If I was a conspiracy theorist, I'd guess that the FED and those parasite Too Big to Fail Wall Street banks are behind all this ME madness. It helps keep Americans to scared to ask questions, like why in the Hell are we forced to borrow currency from private bankers, some of whom live overseas. Why not have the Treasury print the currency, that way it would be DEBT-FREE currency and we wouldn't be drowning in debt. Toss in an 'al CIA Duh' False Flag now and then, and people are too fucking scared to even think, let alone ask questions, which makes it oh so easy for the bankster scum to run the economy and let their Wall Street buddies loot trillions.

Back to the original question: Why Does the FED & Treasury Let Wall Street Rob Americans & Blow-up the Economy?

Guess you have to be a Chosen One to know that answer, now back to your minimum wage job GOYIM, while those TBTF Wall Street bankers jet off to their private island to enjoy life as you can only imagine.
Posted by Greg Bacon at 10:26 AM