But you'll never see this on the Big Screen or the Boob Tube in the West, it would interfere with our Holocau$t™ brainwashing.

After Germany’s invasion of Poland, in 1940 Joseph Stalin ordered the liquidation of the Polish officer corps, slaughtering nearly 22,000 men in Katyn Forest. Based on this horrific, historical event, Katyn tells the affecting story of four fictional officers and their families as they struggle to uncover the truth.


Here's the link to the full movie, without CC.

Why has Hollywood ignored this incredible story? My opinion is that, with six degrees of separation, Hollywood, (and indeed America) is ultimately run by the spiritual descendants of the Katyn murderers. That’s why the Allies covered it up during the war and continues to suppress it today. We are colonized through the mind.

“Defiance”, yet another movie about Jewish victimhood and heroism opened in 1800 US theatres in 2009.
This story of Jewish partisans fighting Nazis adds to a growing Holocaust film genre that includes Sophie’s Choice, Schindler’s List, The Pianist and recently, The ZooKeeper’s Wife.
But one incredible Jewish story of genocide continues to elude Hollywood. This is the execution of 20,000 Polish Officer POW’s, (devout Roman Catholics who represented much of the Polish elite) by the Bolshevik Jewish-led NKVD in the Katyn forest in 1940.

Why has Hollywood ignored this story? My opinion is that, with six degrees of separation, Hollywood, (and indeed America) is ultimately run by the spiritual descendants of these murderers.
Thus we are brainwashed to ignore genocides that don’t fit the Nazi-Jew paradigm. Movies are essential to this programming. Part of an ongoing psychological war on the Christian European majority, we are made to identify with minorities. If we object, we are counted as Nazis.

Andrej Wajda, 82, Poland’s most celebrated film director, lost his father at Katyn. In 2007, Wajda made a movie about this genocide and its effect on the victims’ families. Financed by Polish TV, the film, “Katyn,” was a major artistic and commercial success in Poland. It was nominated for an Oscar for Best Foreign Film in 2008, and has not found wide distribution outside Poland. 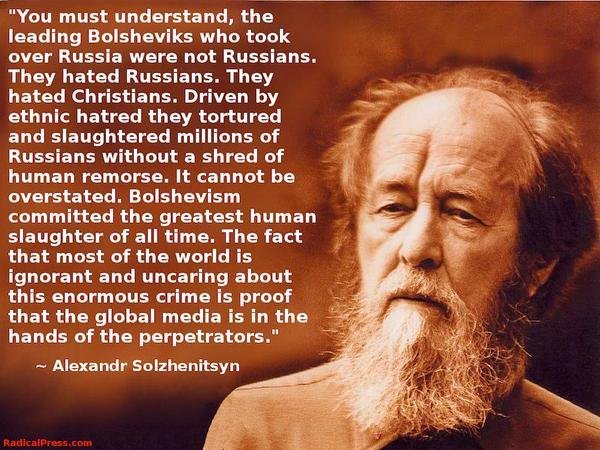