"Our Friends and Allies Funded ISIS to Destroy Hezbollah"

According to retired US general Wesley Clark, "ISIS got started through funding from our friends and allies... to fight to the death against Hezbollah." There was a video on Youtube showing this, but that account got dumped down the 'Memory Hole.' Hmm, wonder how that happened? 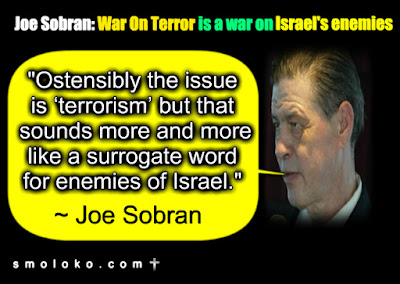 It's not a coincidence that this 'jihad' craziness is being staged to keep the West inflamed with Islamic hatred so we'll keep killing Muslims and destroying nations for the glory of Apartheid Israel.

Israel is going all out to scare the world with non-existent Muslim bogeymen so will cower before Israel's feet and ask their advice on every move we make.

The new ISIS propaganda video entitled “Signed With Blood: To The Nation Of The Cross,” depicts 21 Coptic Christian Egyptians being ‘beheaded’ in unison at the hands of masked Sunni militants – but is that what really happened?

And now some idiot Congressman wants the US to support ISIS. His loyalty to Israel is making him a traitor to Americans.

Among the Jabhat Al-Nusra and FSA fighters transported to Israeli and Jordanian hospitals were their field commanders, “Abu Usama Al-Jolani” and “Abu Hamza Al-Naymi.”

According to a military source, the SAA’s military intelligence received this information from local activists on the ground; specifically, from Syrians living in the Israeli-Occupied Golan Heights town of Majdal Shamis.

Activists in the town of Majdal Shamis have been targeted by Israeli police as of lately, due to their collaboration and support for the Syrian Arab Army; this has resulted in the arrest of a number of activists, including Hisham Fares Sha’alan on charges of conspiring against the state of Israel. 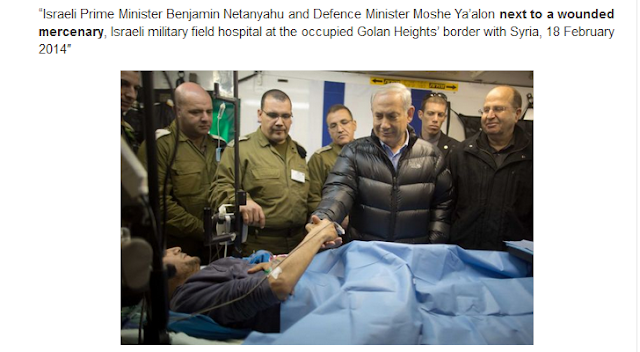