There is Only ONE Political Party in the USA, The Wars for Wall Street and Israel Party

One of the BIGGEST LIES Around is that the USA has Two Different Party's, the Dems and Repubs, but that is Laughable.

Both lavish money on the Pentagon, even though that outfit has stolen, oops 'lost' at least 9 trillion in the last twenty years, and neither utters a word about investigating that stolen loot. Both lavish money and weapons on Israel and both sound like a flock of parrots-- "Squawk, Israel has a right to defend itself, Squawk"--whenever Israel goes on a bombing rampage against Gaza.

Neither pay any attention to Wall Street's plundering, until the con artists steals so much money that the economy collapses and then they're all tears, promising to do a better job of oversight, until it happens again.

The Dems gave us the rapacious Obamacare, which has fractured many a household budget and the Repubs want to make it worse with their version of 'Loot the People'. Both versions benefit the insurance and Big Pharma companies, not We the People. 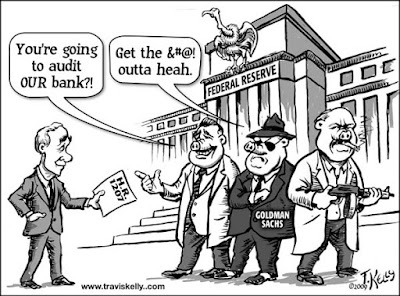 Neither have any problem with the FED carnivores, who keep inflating the USD to oblivion, while letting those jackals pay a measly 1/5 of ONE PERCENT to our savings accounts, while those TBTF Wall Street banks get to borrow huge sums of money at basically zero percent interest rate, which they use to pay off bad bets and buy back stock to increase their profits while people wonder where in the Hell is the rent money going to come from. 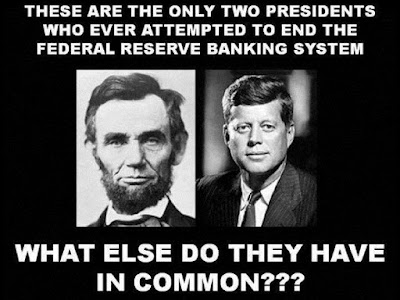 Both vote for these endless, illegal wars, which benefit no one except Wall Street and Israel, so let's dispense with the outdated notion of two party's. The side issues, like abortion, the PHONY transgender BS and guns, are just distractions to keep us peons snapping and snarling at each other while BOTH party's keep open the Treasury gates to the Wall Street looters and our troops keep destroying ME nations for the glory of Apartheid Israel and Wall Street investors.

And NEITHER party wants to look any deeper into the Israeli masterminded 9/11 False Flag, repeating endlessly talking points about radical Islamist's when it's actually crazier than a shithouse rat Talmudists that is leading the world to destruction.

From an April 2003 Haaretz article.

So let's call this insanity what it really is, "The Wars for Wall Street and Israel party," that has two wings; the Democrats and Republicans.
Posted by Greg Bacon at 8:26 AM