Samuel Yahalom is one. Here's the comment he left on a pedophile--link below-- recruitment video.


Simply... heartbreaking. These people are human beings and deserve the same rights as anyone else. Liked and shared.﻿

Here's another of Yahalom's video, "Heart Progress - Our Mission: Fight for LGBTQP+ Rights," in which he argues that "Together we can fight for a better tomorrow. One where pedosexuals, homosexuals, and many other genders can live in a society where they can be themselves and are protected from bigotry, racism, and xenophobia."

Sorry Bubba, you're one sick puppy that should be behind bars before you cause any more harm. BTW, we are NOT together.

Toronto anti-satanist activist Margaret Davis got Google Plus to take down a “Heart Progress” website demanding the “right” to sexually abuse children. The pedophiles are not about to quit. The government is grooming children for them. Margaret and child defenders stand on guard. 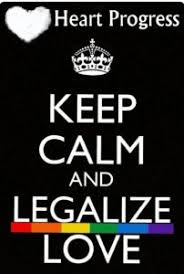 The “Heart Progress” movement is an attempt by pedophiles to gain the respectability and acceptance homosexuals have attained. They manipulate people who are oblivious to the subtle techniques of deception used by satanists. Those who oppose them online are harassed.
Heart Progress pretends to foster “love” but in fact aims to normalize (and legalize) pedophilia, bestiality and necrophilia. The members argue that since bisexuals and homosexuals have the right to have sex with anyone they choose, so should pedophiles! They claim that it is unjust and unfair to discriminate against pedophiles simply because their sexual “orientation” is distasteful and offensive to the majority. True progress – they argue – is when everyone has a right to express their sexual identity in any way they so choose.


Alice Jenkins – one of the leaders of the movement – has explicitly stated that she will let her two pre-pubescent daughters engage in sexual activity with each other if they want to; it is their choice.

The Heart Progress movement define “love” as Eros – which is mainly physical and carnal in nature, and can only be expressed when one is engaging in sex. Anything beyond that is not love but just random actions that humans perform to achieve certain objectives. They claim the only love we will ever feel is through sex. For this reason, Alice Jenkins recommends that when a baby is upset or crying, the parents or adults around should play with the baby’s genitals to soothe them.

These sick fucks claim it is THEY who are being persecuted. What a load of BS. These are truly sick and twisted fucks that belong either in a prison or a psychiatric hospital under guard.

Here's one of their Youtube videos. Guess Youtube is OK with pedophiles recruiting online, just don't ask questions about the Holocau$t™ or say Israel is a hateful state of Apartheid, because you'll get deleted.

More on these sick bastards here
Posted by Greg Bacon at 7:55 AM