USG Employs Child Rapists as a Matter of Fact: Involved in 9/11 FALSE FLAG?

DoD officials being grilled by FORMER Georgia House member Cynthia McKinney. McKinney is no longer in Congress, as AIPAC mounted a vigorous campaign against her to shut her up by gerrymandering her district to remove her black constituents.


CYNTHIA MCKINNY: What was an eye opener for me, during my first campaign, was the American-Israel Public Affairs Committee (AIPAC). What I experienced with them was sheer torture. I received a fax from them, it was like a pledge, and I needed to sign my name and send it back to them and they would keep a record that you made this pledge that you were going to support Israel.

So I was assaulted, politically assaulted, by the pro-Israel lobby to such an extent that my father had to ask the question publicly: “What does Stone Mountain, Georgia have to do with Israel?” What I was doing was servicing the needs of my constituents. And I was not allowed to do that because I did not toe the line on US policy for Israel.

“CMK: Thank you Mr. Chairman. Mr. Secretary, I watched President Bush deliver a moving speech at the United Nations in September 2003, in which he mentioned the crisis of the sex trade.

The President called for the punishment of those involved in this horrible business. But at the very moment of that speech, DynCorp was exposed for having been involved in the buying and selling of young women and children.

While all of this was going on, DynCorp kept the Pentagon contract to administer the smallpox and anthrax vaccines, and is now working on a plague vaccine through the Joint Vaccine Acquisition Program. Mr. Secretary, is it [the] policy of the U.S. Government to reward companies that traffic in women and little girls?

That's my first question. My second question, Mr. Secretary: according to the Comptroller General of the United States, there are serious financial management problems at the Pentagon, to which Mr. Cooper alluded.

And DoD [Department of Defence] is the number one reason why the government can't balance its checkbook. The Pentagon has claimed year after year that the reason it can't account for the money is because its computers don't communicate with each other.

My second question, Mr. Secretary, is who has the contracts today, to make those systems communicate with each other? How long have they had those contracts, and how much have the taxpayers paid for them?

Finally Mr. Secretary, after the last Hearing, I thought that my office was promised a written response to my question regarding the four wargames on September 11th. I have not yet received that response, but would like for you to respond to the questions that I've put to you today.

And then I do expect the written response to my previous question – hopefully by the end of the week.”

Another interesting part of Ms. McKinney brave and principled stance against the Department of WAR mongers. Notice how they weasel out of answering the simple question, "Who keeps the Pentagon books?" Anytime there's that much dodging and weaving going on, you can count on some American or Israeli Jew outfit balancing the books. 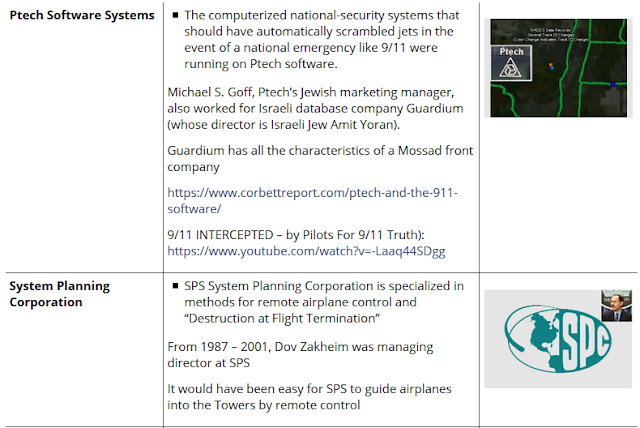 “TJ: Thank you Ms. McKinney. I appreciate the question and I appreciate your interest in our Department's financial condition. We are working very hard on that program. I've just come back, recently –”

“CMK: I understand that you're working hard on it, but my question was who has the contract? How long have they had that contract, and how much money have we spent on it?”

“TJ: There are – In general we spend about $20 billion dollars in the Department on information technology systems. The accounting systems are part of that. I can get you the exact number for the record, of what we spend on our current, what we call "legacy systems," and those that we're moving toward.”

“CMK: And who has the contract?”

“TJ: That would be a multitude of individuals that have –”

“CMK: Could you name some, please?”

“TJ: Well, I think of the top of the, off the top of my head, well, I would rather not; I'd rather provide that for the record.”

“CMK: That's not privileged information, is it?”

“TJ: I would be glad to provide for the record; I don't want to talk from the top of my head and be incorrect.”

9/11 was an Israeli masterminded False Flag with help from traitors in the WH, the Pentagon, CIA, FBA and NSA. With generous help from the Lying MSM. How do I know this? At damn near every junction, at every intersection of this heinous crime, there are either American Jews or Israelis involved in setting 9/11 up, setting it off, then covering the crime up.

With all the high-ranking child molesters being arrested lately, one has to ask what role they played in the 9/11 False Flag, especially with the lying (((MSM))) not covering this pedophile bust.

Israel is condemned by UN for failing to adequately address child prostitution
Posted by Greg Bacon at 8:32 AM