What do Seth Rich, Debbie Wasserman Schultz and the Awan Imran Case Have in Common?

As mobbed up as DWS is with the (((Globalists) and the Khazaria, bodies could start dropping from being 'Clintoncided.' The Holocau$t™ junkies need DWS in Congress to keep providing them with their 'fix!'

OK Frau Wasserman, we get the pic, enough already with the Holocau$t™ get back to work... helping the Clinton's and Obama avoid prosecution.

My eyes are starting to bleed from reading all the BULL SHIT she's help into Congress. Go back to 'Stolenland,' you've earned that Tel Aviv villa on the beach! 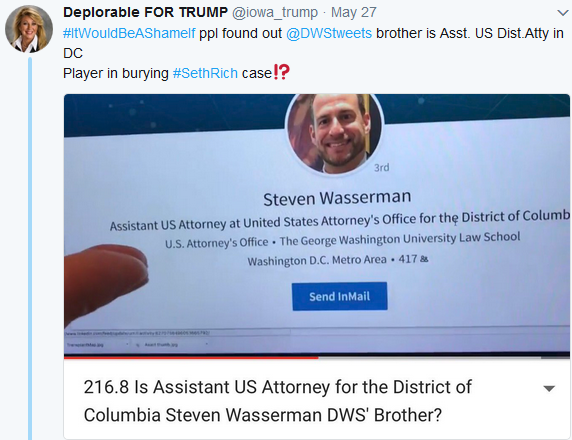 Former Head of the DNC, Debbie Wasserman Schultz, lost her position during the DNC Convention due to WikiLeaks emails being released that showed her efforts to enable Hillary Clinton to win the DNC nomination and steal the nomination from Bernie Sanders. Now Wasserman Schultz is back in the news. This time it is because of her close ties with the Assistant US Attorney at the Attorney’s office for the District of Columbia.

Wasserman Schultz’s brother, Steven Wasserman, is the Assistant US Attorney at the Attorney’s office for the District of Columbia. Questions are arising whether Steven has played a part in burying the Seth Rich case in DC.

Most people do not realize that in regards to the Imran Awan investigation and charges of bank fraud there is a massive cover up attempt occurring as well as a broad conflict of interest in the case. 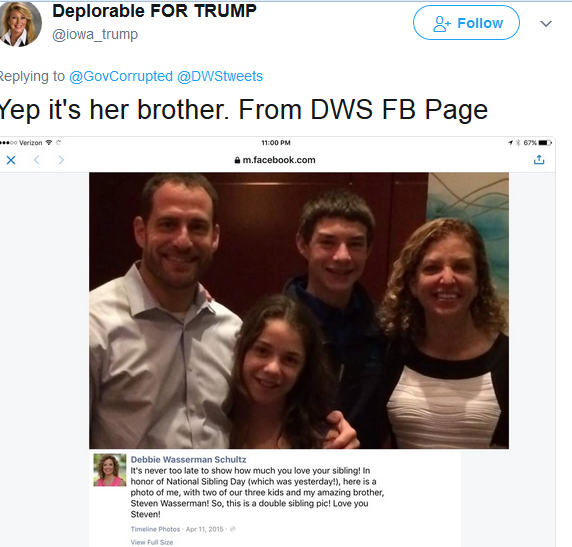 I imagine many would be shocked to hear that the Assistant Attorney for the District of Columbia Steven Wasserman is actually Debbie Wasserman Shultz’s brother.

GOY DOG, you should be worshiping the Holocaust, not wondering what your Overlords are doing!
Posted by Greg Bacon at 6:54 AM