ANOTHER historical LIE about WW II is exposed. Churchill was probably too drunk to make a decent recording. This LIE stayed alive and well for over 55 years. Next LIE to get the boot will be six million lies long!!!

Notice how many anti-Semitic reports of swastikas painted on Jew buildings has emerged since the perv Weinstein got outed for being a rapist of mostly Gentile actresses?

Hey, how about arresting another feeble-minded 96 yo German male and smear him with Holocau$t™ charges? That always gets the GOYIM back in their place, quivering in their boots, afraid to ask questions of their Jew Overlords. 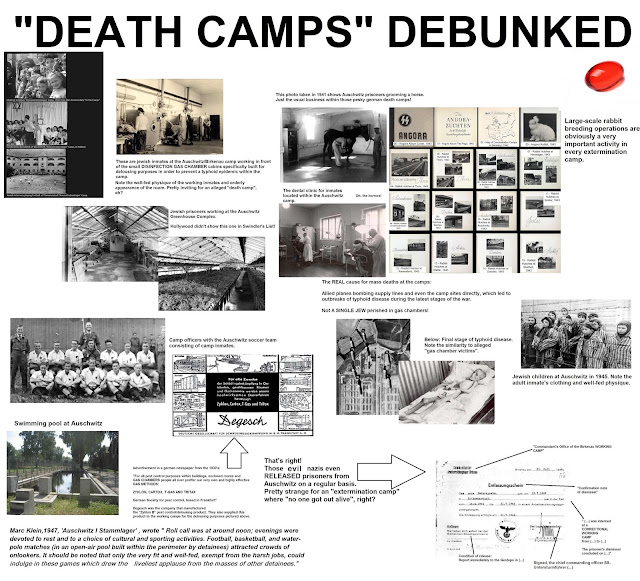 While we're talking about CON JOBS, the truth about the brutally sadistic and unhinged Antifa thugs is finally coming out. From the murder of JFK to the attack on the USS Liberty to the 9/11 False Flag, there's always one constant, ISRAEL.

Stay alert, these Antifa thugs, backed by Zionists and Israeli intelligence, is getting ready to launch a large attack in and against the USA starting October 31 and going on to November 4.
Halloween would be a good time for some assassins--hiding behind Halloween costumes--to sneak in to some place and gun down helpless kids, just like the Mossad and the FBI did at Las Vegas.