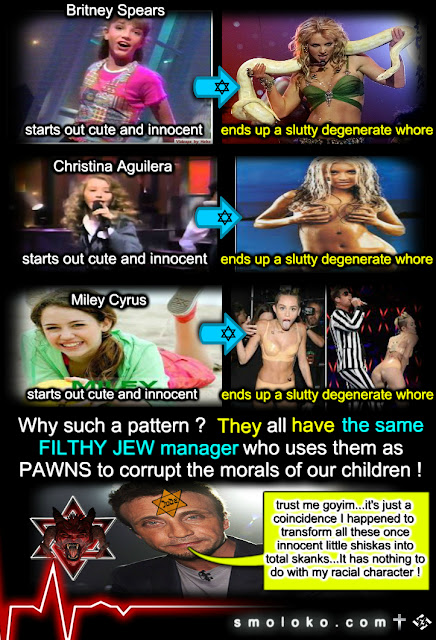 This bait-and-switch tactic has been employed time and again by Miley’s Jewish manager, Larry Rudolph, who also oversaw the transformation of Britney Spears and Christina Aguilera, both former Disney child stars like Miley.

Here's Miley's latest sluttiness. You watch it, I can't stand to watch such degenerate propaganda. 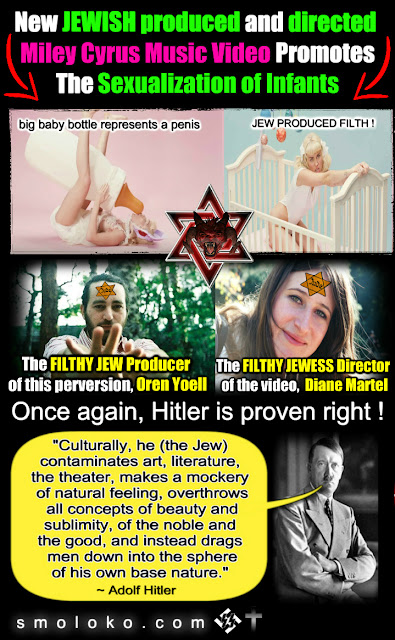 Such a role model! Every parent wants this for their daughter, right? 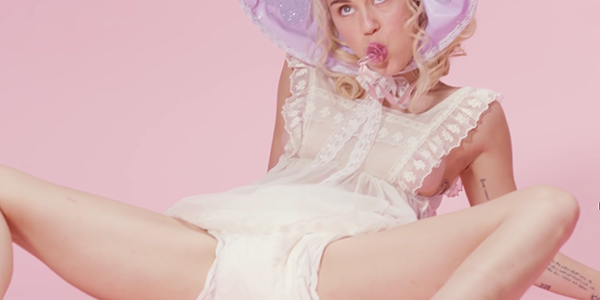 America isn't the only nation that has succumbed to this filthy madness...Even back in the early 19th Century, the Jew press was telling LIES and passing it off as news.


“The Jews are our Misfortune!” was originally put forth by Heinrich von Treitschke (1834-1896), a Professor of History at the University of Berlin and admired for his penetrating analysis of German political life.

His greatest achievement was his multi-volume, “History of Germany in the 19th Century.”

In his University lectures, political essays, and even in his History of Germany, Treitschke expressed disdain for the Jews.

In 1880, he published a pamphlet entitled, “A Word About Our Jews,” which enjoyed much popularity. In this pamphlet the assertion, “The Jews are our misfortune,” first appeared.

Although to this day Jewry labels Treitschke as an “anti-Semite”… yet with astonishing prescience in sketching the Jewish problem of his day Treitschke shadowed forth the Western world’s current plight: 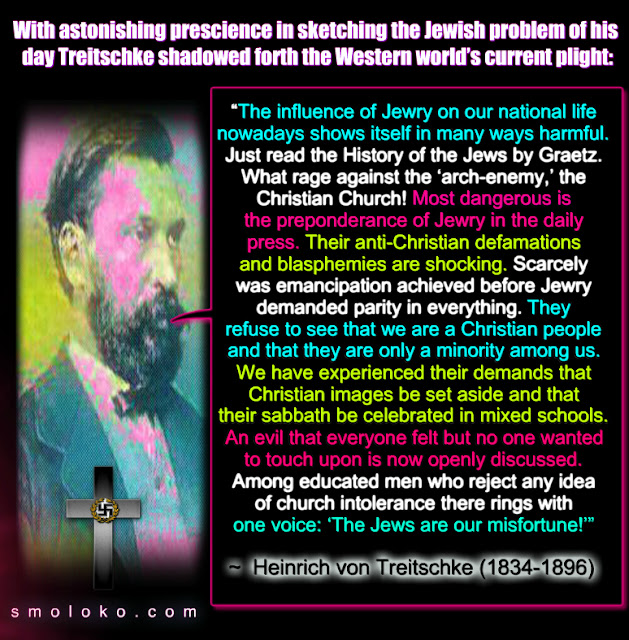 Most dangerous is the preponderance of Jewry in the daily press. Their anti-Christian defamations and blasphemies are shocking. Scarcely was emancipation achieved before Jewry demanded parity in everything. They refuse to see that we are a Christian people and that they are only a minority among us. We have experienced their demands that Christian images be set aside and that their sabbath be celebrated in mixed schools.

An evil that everyone felt but no one wanted to touch upon is now openly discussed. Among educated men who reject any idea of church intolerance there rings with one voice: ‘The Jews are our misfortune!’”

"Christian images be set aside?" Like using the courts to get rid of the Nativity scene and replacing it with those damned Menorahs?

But if you're a Chosen One and your illegal sex tastes get you in trouble, don't worry, just make 'Aliyah' to 'Stolenland,' AKA Israel and you're home free, protected by a card that's recognized in nearly every nation on Earth, the card that allows you to avoid jail time, the reliable Holocaust Card!

Don't leave home without it!