Merry Christmas from Our Iranian Friends

Respect and even worship of Jesus Christ is embedded into Islam. That's why when a Muslim utters JC's name, they always follow with "Peace Be Upon Him." The same reverence they show their great prophet Mohamed. 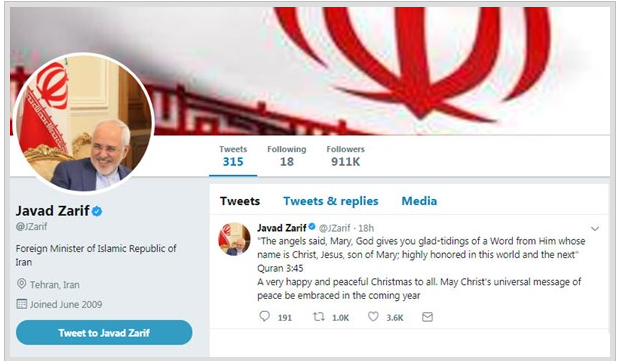 And what about our Israeli friends? What are they up to and what do they think of Jesus Christ?

As for Jesus Christ, that name is repugnant to Jews...


THE LIFE OF CHRIST/THE CHRISTIAN CROSS

The Talmud teaches that Jesus Christ was illegitimate and was conceived during menstruation; that he had the soul of Esau; that he was a fool, a conjurer, a seducer; that he was crucified, buried in hell and set up as an idol ever since by his followers.

1. ILLEGITIMATE AND CONCEIVED DURING MENSTRUATION

The following is narrated in the Tract Kallah, 1b:

"Once when the Elders were seated at the Gate, two young men passed by, one of whom had his head covered, the other with his head bare. Rabbi Eliezer remarked that the one in his bare head was illegitimate, a mamzer. Rabbi Jehoschua said that he was conceived during menstruation, ben niddah. Rabbi Akibah, however, said that he was both. Whereupon the others asked Rabbi Akibah why he dared to contradict his colleagues. He answered that he could prove what he said. He went therefore to the boy's mother whom he saw sitting in the market place selling vegetables and said to her: 'My daughter, if you will answer truthfully what I am going to ask you, I promise that you will be saved in the next life.' She demanded that he would swear to keep his promise, and Rabbi Akibah did so—but with his lips only, for in his heart he invalidated his oath. Then he said: 'Tell me, what kind of son is this of yours'? To which she replied: 'The day I was married I was having menstruation, and because of this my husband left me. But an evil spirit came and slept with me and from this intercourse my son was born to me.' Thus it was proved that this young man was not only illegitimate but also conceived during the menstruation of his mother. And when his questioners heard this they declared: 'Great indeed was Rabbi Akibah when he corrected his Elders'! And they exclaimed: 'Blessed be the Lord God of Israel who revealed his secret to Rabbi Akibah the son of Joseph' "!

That the Jews understand this story to refer to Jesus and his mother, Mary, is clearly demonstrated in their book Toldath Jeschu—'The Generations of Jesus'—where the birth of our Savior is narrated in almost the same words.(4)

Another story of this kind is narrated in Sanhedrin, 67a:

"Of all who are guilty of death by the Law, he alone(5) is caught by a ruse. How is it done? They light a candle in an inner room and place witnesses in an adjoining room outside where they can see him and hear his voice, but where they cannot be seen by him. Then the one whom he tried to seduce says to him 'Please repeat here privately what you told me before.' If the seducer repeats what he said, the others ask him 'But how shall we leave our God who is in heaven and serve idols?' If the seducer repents, then all is well. But if he says 'This is our duty and it is right for us to do so,' then the witnesses outside, who have heard him, bring him before the judge and stone him to death. This is what they did to the son of Stada in Lud, and they hanged him on the eve of the Passover. For this son of Stada was the son of Pandira. For Rabbi Chasda tells us that Pandira was the husband(6) of Stada, his mother, and he lived during the time Paphus the son of Jehuda. But his mother was stada, Mary of Magdala (a ladies' hairdresser) who, as it is said in Pumbadita, deserted her husband."

(5) namely, a seducer, who tries to seduce another to worship an idol and to join a false religion.
(6) A marginal note says this son of Stada was called after his father, not his mother, although he was illegitimate.

The meaning of this is that his Mary was called Stada, that is, a prostitute, because, according to what was taught at Pumbadita, she left her husband and commited adultery. This is also recorded in the Jerusalem Talmud(7) and by Maimonides.(7)

So which nation is our true friend One that wishes Christians a Merry Christmas or the one that says Jesus was a sorcerer, a fiend, some kind of demon that is burning in a pit of excrement for all eternity and that his Mother Mary was a whore and seducer?
Posted by Greg Bacon at 9:46 AM