What is Israel & Jew Inc up to in Argentina & Chile? 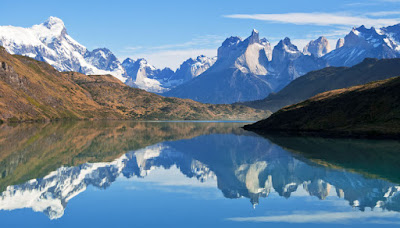 My guess is more of the same deviltry that has been plaguing Palestine for over 70 years. The Khazar land thieves are in the process of stealing one of the most beautiful places on Earth in Chile & Argentina, Patagonia.


What is Israel’s project in Argentina?

The Argentinian authorities are wondering about the massive purchase of land in Patagonia by a British billionaire, and the 'holidays' that tens of thousands of Israeli soldiers are enjoying on his property. 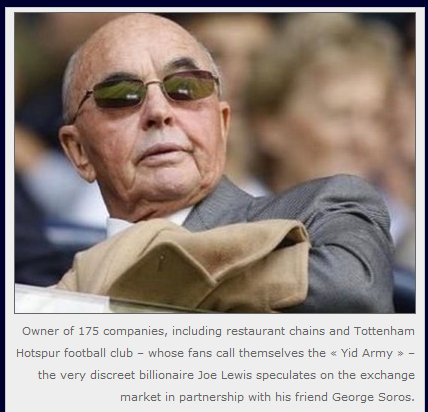 British billionaire Joe Lewis has acquired immense territories in the South of Argentina and even neighbouring Chile. His properties cover areas several times larger than the State of Israël. They are situated in Tierra del Fuego, at the extreme Southern point of the continent. In particular, they surround the Lago Escondido, which effectively denies access to the entire region, despite a legal injunction.

Despite a legal injunction? The author must be unaware that Jews and in particular, Israelis, are above the law.

After reading this article, went back to look at a GOON SQUAD blog from 2015:


Jew Inc Has its Star of David Eyes on Argentina

Jew Inc has lusted over Argentina since 1896, back when the Zionist snake was given visible form by Herzl.


International Zionism – Since its founding by the Russian Jew León Pinsker (whose main writing was “Self-Emancipation”) and Viennese lawyer Theodor Herzl, these founding fathers of Zionism thought in terms of creating TWO Jewish States: one in Palestine (finally imposed by force in 1948 by Zionist terrorist groups, notably Irgun Zvai Leumi, Stern Gang and Hagganah, with the support and abetment of the United States, Britain and the Soviet Union), and the other in Argentina. Pinsker called the former the “ideal State” (i.e., in Palestine which they claimed as a Jewish homeland), and the latter as the “practical state” (i.e., in Argentina). In his seminal book founding the militant International Zionist Movement, called “The Jewish State”, (published in 1896), Herzl wrote a chapter that carries the eloquent title of “¿Palestine or Argentine?” in which he says (the highlighting is ours), “Which shall we choose, Palestine or Argentine?…Argentina is, by its nature, one of the richest countries in Earth, with an immense territory, scarce population and moderate climate. The Argentine Republic would have the greatest Interest to cede to us a part of its territory.

Buenos Aires daily newspaper “La Nación” published an article, “Studies are Underway for the Settlement of a Jewish Colony in the Province of Santa Cruz”, The article literally said: “Alberto Levy, a spokesman for the Israelis carrying out a survey in the area, stated that ‘this is a project we have carefully nourished for a long time and counts with the support of the Argentine authorities’. As has occurred since a number of years, El Calafate – the main tourist town in the region – this season received hundreds of Jewish “mochileros” (i.e., young backpackers and hikers) which in their own words are carrying out a survey, studying the local climate, vegetation and animals, and the potential wealth of the area. According to local townspeople in the area and the mochileros themselves, this survey was concluded with favourable results for such a settlement.”

As per their SOP, Jew Inc set off two False Flags in Argentina in the 1990's in order to ramp up their acquisition theft of one of the planet's most beautiful regions, Patagonia.


This False Flag was blamed on Syria, Hezbollah and Iran when an Israeli intelligence officer conveniently 'found' a vehicle ID tag in the wreckage that supported the Israeli's hysterical accusation that it was a car bomb, similar to those passports being found at American and now French False Flags.


At the time of the explosion, a group of Israeli Labour Government officers were meeting to discuss matters pertaining to the recently initiated Madrid Peace Conference process, but “luckily” left the building just before the explosion. The same occurred with the Ambassador himself who, fortuitously, also happened to depart the premises before the blast.

In the USA, Jew Inc sends out 'art students' to look over potential targets, get the info needed to set off a False Flag. In Argentina, Jew Inc sent out 'student backpackers,' to scout Patagonia to obtain the vital info on the choice areas they want to steal.

Argentinian's are rightly concerned about losing Patagonia even rights to Antarctica to Jew Inc, lost thru the slippery manipulations of corrupt local and national politicians, law enforcement agencies, the judiciary and greedy banks, run or controlled by Jew Inc.

After all, that's what thieves do, STEAL.

Here's a sample of Patagonia's breath-taking beauty, which Jew Inc want to turn into another Hell on Earth, complete with whack-job Orthodox Jews and Shin Bet types launching home-made 'rockets' from neighboring countries to give the Yid land thieves the same pathetic excuse they use anytime they carpet-bomb Gaza; to steal more land.

I don't know whether this is just plain thievery by the world's #1 parasites or if Jew Inc is getting ready a "new Israel" project in Argentina in case their murderous theft of Palestine eventually falls apart.


EIN JUDENSTAAT: The Real Reason for the 1982 Falklands War?

Were the Falkland Islands (Called by Argentinians the Malvinas Islands), which Argentina had inherited from a past failed Empire, the Spanish and only a mere 250 miles off the coast of Argentina, and 7,000 miles away from the Rothschild base of England, re-invaded in 1982 to keep those islands as a jumping off point to for Israeli Jews to swarm in and take over that land like they have Palestine?

Patagonia also appears to be filled with one of the land thieves most precious possessions...GOLD

It also contains one of the world's largest supply of a rare commodity, fresh drinking water.

What are Israeli Army Reconnaissance Teams doing in Patagonia?

War criminals in South America? Just following in the footsteps of their AshkeNAZI forefathers.