Here's the leading anti-Semitic asshole. Made worse by the fact that true Semites don't have blue eyes, light-colored hair and skin, but Bibi the Destoryer does. And like other anti-Semites, he's never happy unless he's invading or bombing or making life Hell for the real Semites. 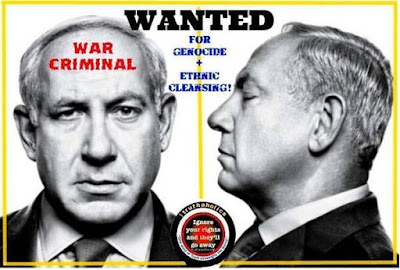 Other anti-Semites like to pretend to be some raging mad Jihadi, blabbering about how they are going to martyr you and your family, and what are you going to do? Raving idiots like Adam Azzam/Gadahn, whose real last name is PEARLMAN. Yes, that's right, Jewed up to the max.


Then there's the Judaic foot-solders, slaving away in the trenches of Tel Aviv, posting threats to Jew synagogues, centers and schools all over the USA, Australia and Europe. Which gives the MSM copy to scream that America is turning into a carbon copy of Nazi Germany, Gassem Chambers are being built, VE must do something before Holocau$t™ 2.0 rears its ugly head.

Problem is, damn near everyone of these threats were made by Jews or Israelis posing as some neo-Nazi skinhead carrying a vial of Zyklon-B gas.

Like that punk ass Israeli teenager who used sophisticated computer masking equipment and had a BTC account worth millions to fund his nefarious activities. Which begs the questions: Who was backing this prick and why is Israel refusing to hand over this sorry fuck to the USA for trial?


There is also a Jew Fifth Column in the USA that is always posting nasty threats to Jews and threatening all sorts of mayhem. And like Pavlov's dog, the MSM reacts predictably, forecasting another Auschwitz is being built to eradicate the kindly, generous, peace-loving Jew.

Except these assholes are also Jews, the worst kind of anti-Semitic filth.

A Jewish Harvard graduate in his thirties who was irritated by the discussion of issues involving Israel posted anti-Semitic diatribes in order to make people think that a website was anti-Semitic.

Similarly, a Jewish student admitted that she herself drew swatiskas on her dorm room door. And five Jews were arrested for painting swastikas on Israel Consulate. Indeed, there are many, many, many, many examples of this type of false flag. 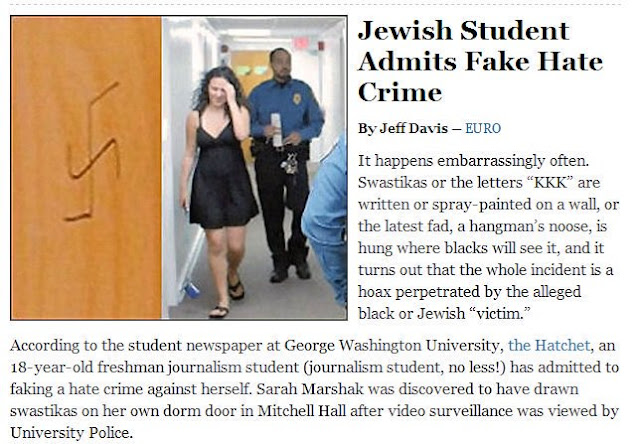 Then there's the Jew holy men, who are trotted out to justify Apartheid Israel's butchering of the real Semites in Palestine, Lebanon, Syria and Iraq:


These are the REAL anti-Semites.