Laughing at the Most Sacred and Holy Holocau$t™?

"There are now more than 100 Holocaust museums and research centres throughout the US and a Holocaust monument in nearly every major US city." [That was written in 2002. Since then, the US Holocau$t™ hot dog stands have proliferated, as there are more than 150 now.] 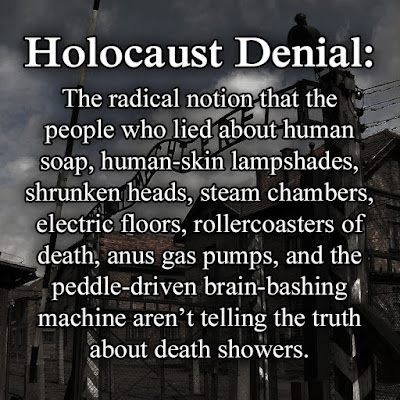 Alison Chabloz is on trial in the UK Court of Inquisition for ThoughtCrime. She dare ask questions--in a musical way--about the Most Sacred and Holy Holocau$t™.

Evidently, Judge Torquemada allowed in to the Court Dungeon Alison's friends and supporters who find the usual Holocau$t™ nonsense to be frivolous.

What will these devilish GOYIM think of next? How dare they laugh at the most important event in history, the one that keeps on giving to us Juden! The world must NEVER forget that we are the eternal victims!


Karl von Hohenstauffen writes: “Just to let you know that you [Mr Irving] were ever-present at the court hearing on March 7, 2018. There was Alison Chabloz sitting in the dock listening to the rubbish spat out by Prosecution Counsel, and your name came up loud and clear, linked with the name of Adolf Hitler. . . There was so much laughter in the public gallery that the judge threatened to empty the gallery if there were more signs of support. The number filled the gallery so the judge allowed some to sit right inside the main courtroom. The trial will continue and the next sitting will be in May where the final submissions will be made.

What foul deed did this Alison Chabloz instigate?

Here's a video by this GOY harlot. Naturally, JEWtube has made it VERBOTEN, so you will have to sign in so the SPLC can get your IPA, then contact the DHS, FBI and FEMA to let them know to add one more to that 'list.'

Time to teach these uppity GOY a lesson! First, we toss their women into prison, then VE VILL come back for the other infidels. Truths? We don't need no stinkin' truths, GOY, just worship and moar shekels.

The background to the prosecution 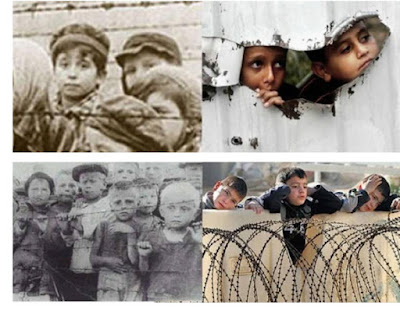 Karen Robinson began the day by outlining the prosecution’s case. Importantly she made it clear in her opening remarks that the case was not about whether the holocaust existed or how many Jews died. Rather, it was the level of insult generated by Miss Chabloz ‘s songs which was the issue. Robinson allowed that material resulting in insult was within the law but gross insult was not.

Songs of the Shoah by Alison Chabloz

OMFG! Ausshitz? Dachau? Madjanek? No, these are piles of German corpses set on fire after the February 1945 fire-bombing of Dresden, a non-military target. 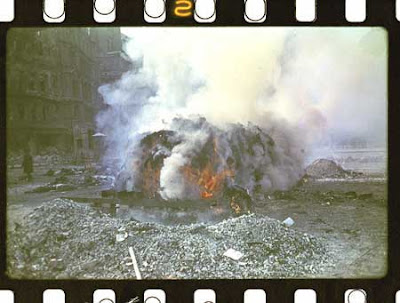 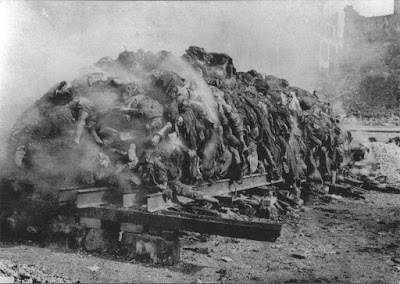 Where's the "Dresden" holocaust museums? Or the Dresden charity's that take in an endless stream of money for this REAL WAR CRIME? There are none, as they weren't Juden, who have cornered the market on phony suffering.
Posted by Greg Bacon at 11:23 AM