Tel Aviv--The office of Israeli PM Benjamin Netenyahu today issued a stern denial that the IDF had used the toxic German gas Zyklon-B on Palestinians protesting in Gaza for their right to return to their homeland.

Photo of the IDF dropping Zyklon-B gas on Palestinians

The statement, read by Israeli PM spokesperson David Keyes said in part, "VE vehemently deny using Zyklon-B on the protesting Palestinians and anyone who says or even thinks that is some kind of anti-Semitic neo-Nazi." Keyes added "The world should be adoring Israel, not whining about some Untermenschen."

Reporters started investigating when the picture below, taken undercover at a Mossad facility located in a suburb of Tel Aviv, Herzliya, showed the Palestinians who had been killed by some kind of gas during the peaceful protests this past weekend, being buried in mass graves. 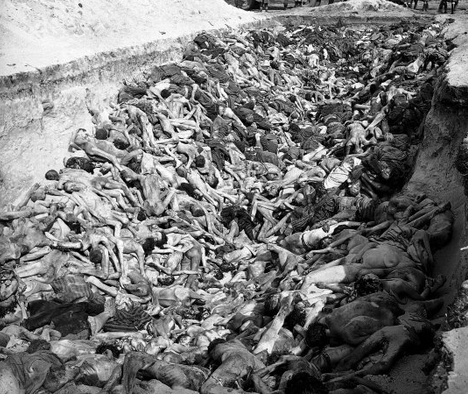 When shown the picture of the dead Palestinians being buried in unmarked graves, the PM spokesperson issued a veiled threat, "VE know where you live!" and stalked out of the room.

From Tel Aviv, this is Mike Hunt reporting for GNN.
Posted by Greg Bacon at 6:40 AM