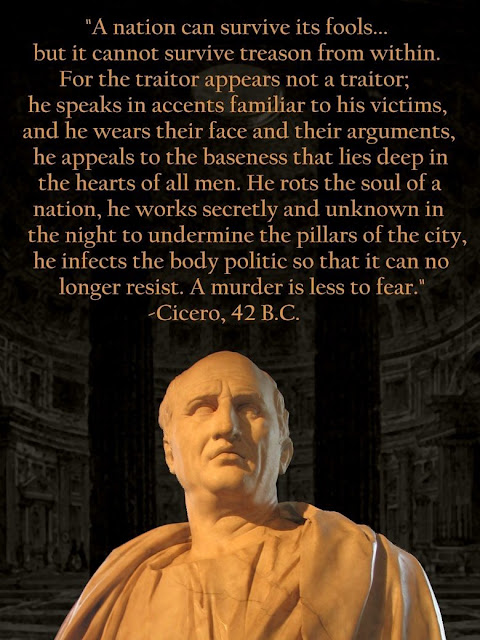 Read this and see the similarities between Germany, when the Juden turned that nation into its own piggy-bank, and Berlin into a cesspool of degeneracy, even though it had been a beautiful, sophisticated paradise:


Translation of an Anti-Semitic Flyer from Berlin in 1920

When I was reading the work of early twentieth century American explorer and travel writer Harry Franck and his visit to Germany in 1920. I was surprised to find that he had preserved and translated the text an otherwise forgotten anti-Semitic handbill that was handed to him in the street in Berlin as a comment upon those extremely turbulent post-Spartacist uprising – which was primarily lead by jews as I have previously documented – (1) times.

I thought this was an excellent way to introduce a new project that I have given myself on SC, which is to translate older anti-Semitic materials into English. I have already done several translations here, but I have thought to make it a more regular thing.

However the text Franck reproduces is as follows:

Fifty months have we stood at the Front honourably and undefeated. Now we have returned home, ignominiously betrayed by deserters and mutineers! We hoped to find a free Germany, with a government of the people. What is offered us?

A GOVERNMENT OF JEWS!

The participation of the Jews in the fights at the Front was almost nil. Their participation in the new government has already reached 80 per cent.! Yet the percentage of Jewish population in Germany is only 1½ per cent.!

COMRADES, YOU KNOW THE BLOODSUCKERS!

COMRADES, WHO WENT TO THE FRONT AS VOLUNTEERS?

WHO SAT OUT THERE MOSTLY IN THE MUD? WE!

WHO CROWDED INTO THE WAR SERVICES AT HOME? THE JEWS!

WHO SAT COMFORTABLY AND SAFELY IN CANTEENS AND OFFICES?

WHICH PHYSICIANS PROTECTED THEIR FELLOW-RACE FROM THE TRENCHES?

WHO ALWAYS REPORTED US “FIT FOR DUTY” THOUGH WE WERE ALL SHOT TO PIECES?

These are the people who rule us. [Here followed a long list of names and blanket accusations.] Even in the Soldiers’ Councils the Jews have the big word! Four long years these people hung back from the Front, yet on November 9th they had the courage, guns in hand, to tear away from us soldiers our cockades, our shoulder-straps, and our medals of honour!

Comrades, we wish as a free people to decide for ourselves and be ruled by men of OUR race! The National Assembly must bring into the government only men of OUR blood and OUR opinions! Our motto must be: 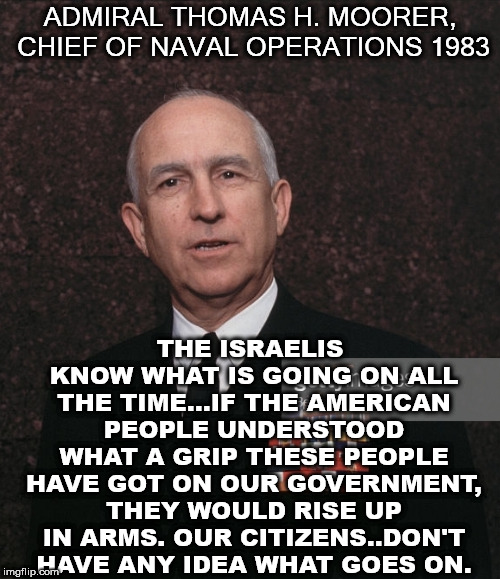 Germany was stabbed in the back in 1916, when the Brits--who had lost hundreds of thousands of their young men in that horrible war in just two years--by World Jewry. Germany had offered England generous peace terms in 1916, which alarmed the Jews, since it would put an end to their plans to steal Palestine--and all that money they made off the killing by supplying money at high interest rates. So Jew Inc told the British government to hang on just a bit longer and we'll bring the USA into the war, and you'll be the winner, not Germany and you can dictate the terms. Terms so atrocious that it sent Germany into an economic depression and made Berlin the cultural cesspool of Europe, since Germans turned to prostitution and other sordid means to make enough money to feed their families. Hitler changed all of that, even though the world was in an economic depression, thanks to the FED.

While the USA was mired in a economic rut, Hitler's policies turned Germany into an economic powerhouse and (((certain people))) didn't like the way things were going and set about starting a World War to take back control of Germany and finish their plans for stealing Palestine.

Who was behind the war mongering? Jews.

How many Star of David symbols do you see on these Arlington Cemetery graves? Young American men and women killed fighting 'Wars for Wall Street and Israel,' made possible by the Israeli 9/1 False Flag. 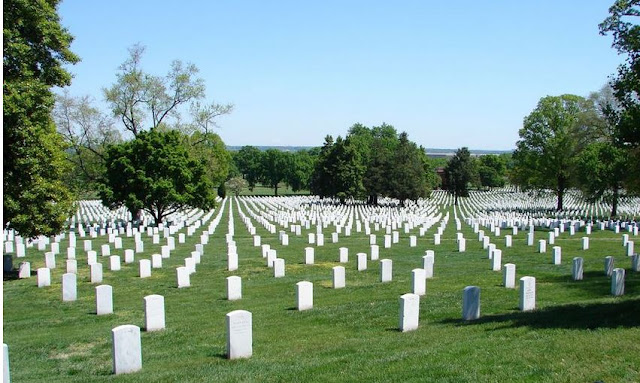 We supply the bodies and weapons, and the Rothschild series of central banks, like the illegal FED, make a killing off the killing by loaning the USA OUR money at inflated rates to fight wars for Israel.
Posted by Greg Bacon at 9:29 AM