While the World Consumes itself to Death, the Palestinian Slaughter Continues 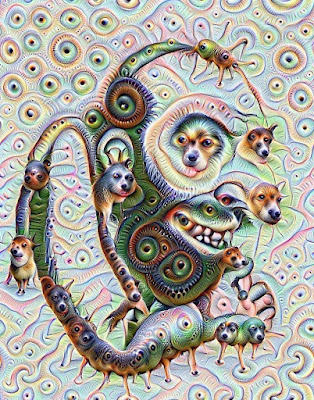 On 37th Friday of Great March of Return and Breaking Siege, Israeli Forces Wound 72 Civilians, including 11 Children, 1 Woman and 2 Paramedics
On Friday evening, 07 December 2018, Israeli forces wounded 72 Palestinian civilians, including 11 children, 1 woman and 2 paramedics in the peaceful demonstrations in the eastern Gaza Strip despite the decreasing intensity of the demonstrations there for the sixth week consecutively and absence of most means usually used during the demonstrations since the beginning of the Return and Breaking the Siege March 7 months ago.

According to observations by PCHR’s fieldworkers, for the fifth week since the beginning of the Return March on 30 March 2018, the demonstrators abstained from burning tires while the attempts to cross the border fence and throw stones and incendiary balloons were completely absent.

Though the demonstrators were around tens of meters away from the border fence, the Israeli forces who stationed in sniper positions and military jeeps along the fence continued to use excessive force against the demonstrators by opening fire and firing teargas canisters at them, without the later posing any imminent threat or danger to the life of soldiers. 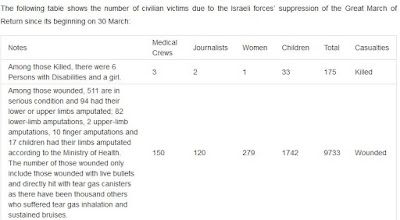 While the West is gleeful over the approaching Christmas--can I still say that word?--Palestine is being slowly bled and murdered to extinction.

Are there any GOOD Christians left? Are they ntoo busy buying junk for Christmas?