"GOYIM, upon pain of death, DO NOT READ the following. Instead, concentrate on that magical 6 Gorillion number of Juden we've planted into your minds 6 million times and then swear allegiance to Apartheid Israel and World Jewry" 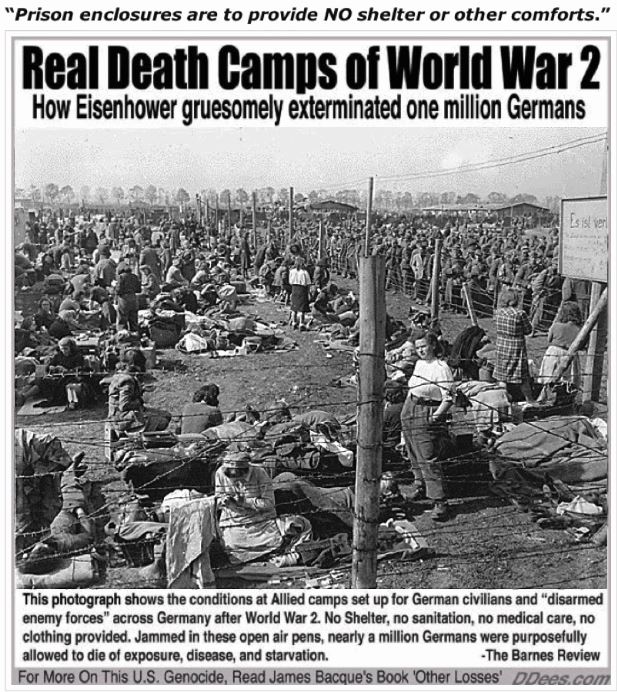 A holocaust was what the Americans did to the Germans: Eisenhower’s Starvation Order By James Bacque

Never had so many people been put in prison. The size of the Allied captures was unprecedented in all history. The Soviets took prisoner some 3.5 million Europeans, the Americans about 6.1 million, the British about 2.4 million, the Canadians about 300,000, the French around 200,000. Uncounted millions of Japanese entered American captivity in 1945, plus about 640,000 entering Soviet captivity.

As soon as Germany surrendered on 8 May 1945, the American Military Governor, General Eisenhower, sent out an “urgent courier” throughout the huge area that he commanded, making it a crime punishable by death for German civilians to feed prisoners. It was even a death-penalty crime to gather food together in one place to take it to prisoners … The order was sent in German to the provincial governments, ordering them to distribute it immediately to local governments. Copies of the orders were discovered recently in several villages near the Rhine … The message [which Bacque reproduces] reads in part: “… under no circumstances may food supplies be assembled among the local inhabitants in order to deliver them to the prisoners of war. Those who violate this command and nevertheless try to circumvent this blockade to allow something to come to the prisoners place themselves in danger of being shot….” 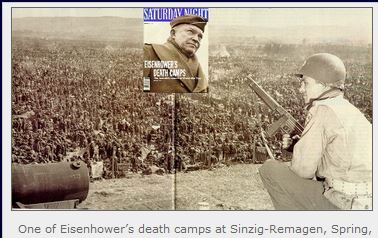 Eisenhower’s order was also posted in English, German and Polish on the bulletin board of Military Government Headquarters in Bavaria, signed by the Chief of Staff of the Military Governor of Bavaria. Later it was posted in Polish in Straubing and Regensburg, where there were many Polish guard companies at nearby camps. One US Army officer who read the posted order in May 1945 has written that it was “the intention of Army command regarding the German POW camps in the US Zone from May 1945 through the end of 1947 to exterminate as many POWs as the traffic would bear without international scrutiny.”

… The [American] army’s policy was to starve [German] prisoners, according to several American soldiers who were there. Martin Brech, retired professor of philosophy at Mercy college in New York, who was a guard at Andernach in 1945, has said that he was told by an officer that “it is our policy that these men not be fed.” The 50,000 to 60,000 men in Andernach were starving, living with no shelter in holes in the ground, trying to nourish themselves on grass. When Brech smuggled bread to them through the wire, he was ordered to stop by an officer. Later, Brech sneaked more food to them, was caught, and told by the same officer, “If you do that again, you’ll be shot.” Brech saw bodies go out of the camp “by the truckload” but he was never told how many there were, where they were buried, or how.

… The prisoner Paul Schmitt was shot in the American camp at Bretzenheim after coming close to the wire to see his wife and young son who were bringing him a basket of food. The French followed suit: Agnes Spira was shot by French guards at Dietersheim in July 1945 for taking food to prisoners. The memorial to her in nearby Buedesheim, written by one of her chidren, reads: “On the 31st of July 1945, my mother was suddenly and unexpectedly torn from me because of her good deed toward the imprisoned soldiers.” The entry in the Catholic church register says simply: “A tragic demise, shot in Dietersheim on 31.07.1945. Buried on 03.08.1945.” Martin Brech watched in amazement as one officer at Andernach stood on a hillside firing shots towards German women running away from him in the valley below. 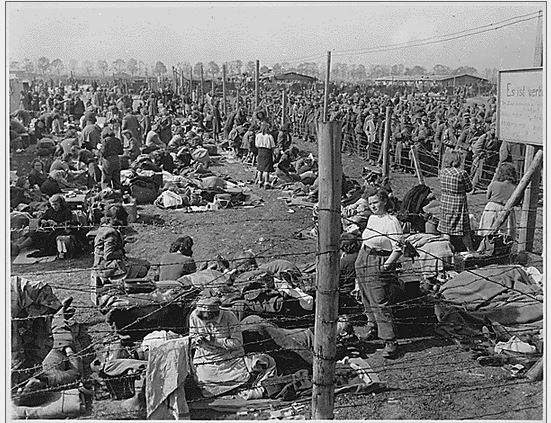 The prisoner Hans Scharf … was watching as a German woman with her two children came towards an American guard in the camp at Bad Kreuznach, carrying a wine bottle. She asked the guard to give the bottle to her husband, who was just inside the wire. The guard upended the bottle into his own mouth, and when it was empty, threw it on the ground and killed the prisoner with five shots.

….Many prisoners and German civilians saw the American guards burn the food brought by civilian women. One former prisoner described it recently: “At first, the women from the nearby town brought food into the camp. The American soldiers took everything away from the women, threw it in a heap and poured gasoline [benzine] over it and burned it.” Eisenhower himself ordered that the food be destroyed, according to the writer Karl Vogel, who was the German camp commander appointed by the Americans in Camp 8 at Garmisch-Partenkirchen. Although the prisoners were getting only 800 calories per day, the Americans were destroying food outside the camp gate.

"Remember GOY, we're always there, looking over your texts, emails, calls, 'Net sites you visited and listening into what you're doing 24/7 via your smart phone. Do what we say, or you might find yourself the victim of an accident...or worse!" 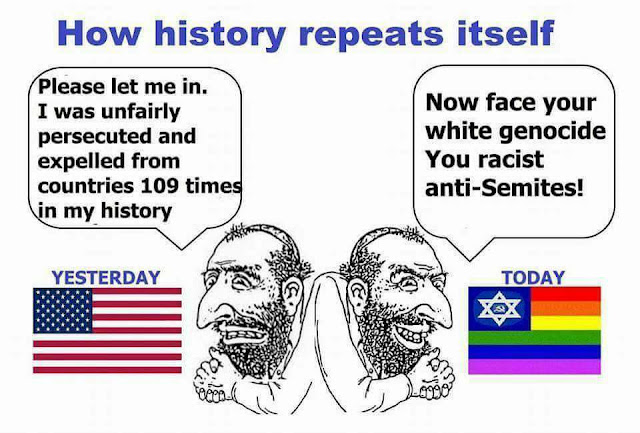