Is it Impossible for Jews to NOT be Corrupt? 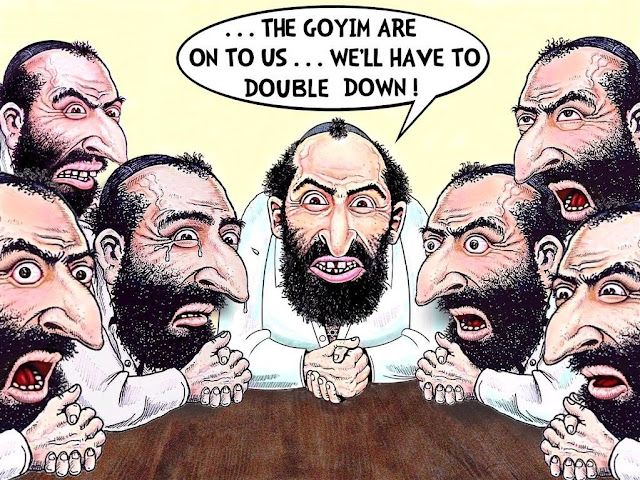 Like one Ukrainian Jew, Victor Pinchuk, head of the Victor Pinchuk Foundation, accused of money laundering on behalf of drug cartels, provision of banking services to backers of Islamic Jewish terror organizations and controversial donations to the Clinton Foundation.

John Bolton accepted $115,000 from the Victor Pinchuk Foundation to speak at multiple events hosted by the Foundation including one in September 2017 where Bolton assured his audience that President Donald Trump would not radically change US foreign policy despite his explicit campaign promises to do so.

The Victor Pinchuk Foundation was blasted in 2016 over their donation of $10 to $25 million to the Clinton Foundation between 1994 and 2005. The donations lead to accusations of influence peddling after it emerged that Victor Pinchuk had been invited to Hillary Clinton's home during the final year of her tenure as Secretary of State.

Even more damning was Victor Pinchuk's participation in activities that constituted evasions of sanctions levied against Iran by the American government. A 2015 exposé by Newsweek highlighted the fact that Pinchuk owned Interpipe Group, a Cyprus-incorporated manufacturer of seamless pipes used in oil and gas sectors. A now-removed statement on Interpipe's website showed that they were doing business in Iran despite US sanctions aimed to prevent this kind of activity.

Why John Bolton, a notorious war hawk who has called for a hardline approach to Iran, would take money from an entity who was evading sanctions against the country is not clear. It does however, raise serious questions about whether or not Bolton should be employed by Donald Trump, who made attacks on the Clinton Foundation's questionable donations a cornerstone of his 2016 campaign.

Bolton's engagement in paid speeches, in some cases with well-known donors to the Clinton Foundation, paints the Trump administration in a very bad light. Donald Trump criticized Hillary Clinton during his 2016 Presidential campaign for speeches she gave to Goldman Sachs that were labeled by her detractors as "pay to play" behavior. John Bolton's acceptance of money from similar entities, especially the Victor Pinchuk Foundation, are exactly the same kind of activity and are an embarrassment for a President who claims to be against corruption.

More broadly, John Bolton's work for the Victor Pinchuk Foundation, HSBC and Deutsche Bank shows that while he preaches hardline foreign policy approaches towards nations such as Iran and North Korea he has no issue tying himself to those who openly flaunt American sanctions and diplomatic attempts to pressure these states. For an individual who is the President's National Security Advisor to have taken money from banks who provide financial services to terror groups who have murdered thousands of Americans is totally unacceptable.

It is embarrassing enough that Donald Trump hired Bolton in the first place. The next best remedy is to let him go as soon as possible.

Don't worry Victor, 'Zion Don' and President Kushner will come to your rescue. And keep Johnny Boy out of prison for his treason and frauds.

Where in the fuck did these Jews come from? Obviously not from humans, who have empathy, love and understanding of their fellow humans.

Sometimes I wonder if we REAL humans are on this plane of existence as a test of our souls, to see if we're good enough to graduate to a higher, more enlightened plane of existence when we die. Or maybe Jew are just smug, arrogant, thieving lying assholes who take delight in fucking over us GOYIM.

P.S. After a long, arduous day of kissing and licking Israeli assholes, what kind of industrial solvent does John Bolton use to get that shit off his walrus mustache?
Posted by Greg Bacon at 9:53 AM