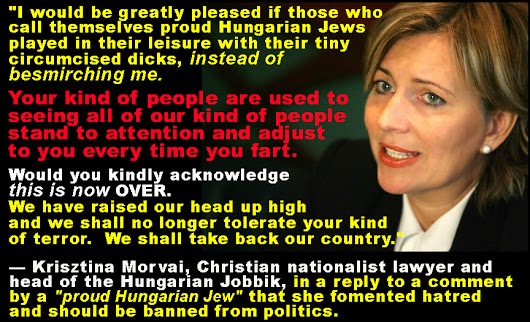 A babe with balls!


In the UN Women's Rights Committee Morvai conducted research into what she called the "inhumane living conditions" of Palestinian women, which resulted in a complaint being filed against her by the Israeli government. In 2006, after she was removed from her UN position, she complained that this was due to Israeli political pressure which resulted in her losing her seat and being replaced by a Hungarian Jewish woman, Andrea Pető, whom she described as "a well-known Zionist activist".

That is the real power of Judaism: To shut up, silence or remove by other means those who point out that Jews have too much power. If the Jews keep grabbing power, it won't be long before certain American neighborhoods are declared anti-Semitic and carpet-bombed to prevent the thought criminals from multiplying.

Hungary and Poland resist, and it is quite obvious that they are being continuously punished for it. (Notice how they shut her up after about ONE minute of speaking the truth.)

Who has this kind of power, to so dominate the MSM that opposing voices aren't heard? 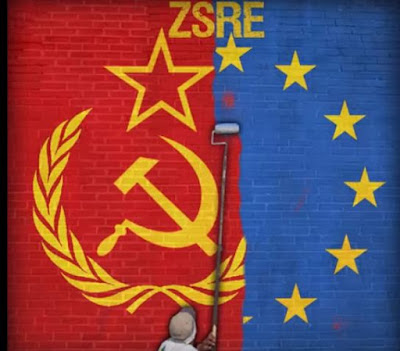 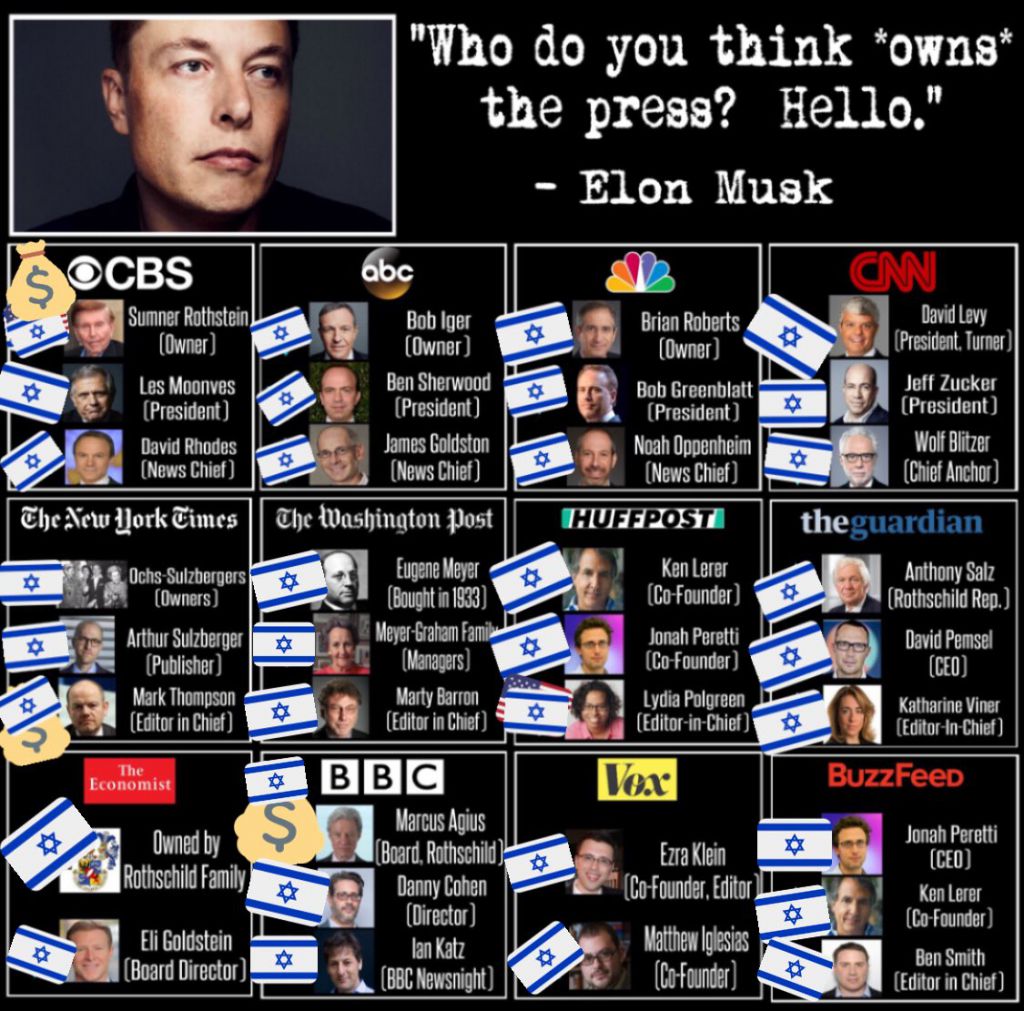 Kristina supports Palestinian rights, a surefire ticket to job loss, expulsion or worse.
Posted by Greg Bacon at 10:47 AM