What the Bankers Hate..A Debt-Free Nation, so They Destroy Them 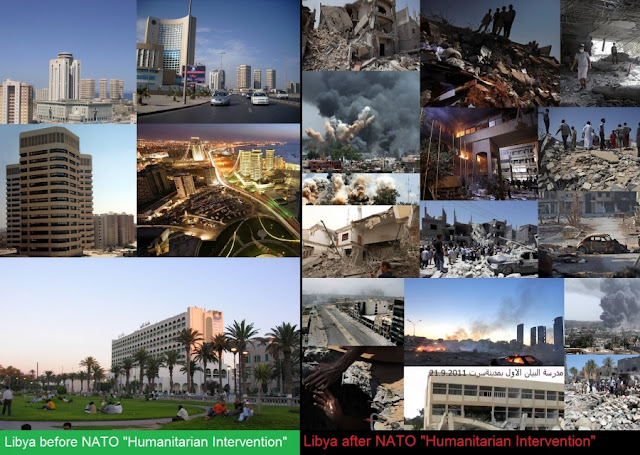 The Libya that the Moriartys experienced prior to the NATO and mercenary war upon it had been one of the most hospitable and successful countries on Earth, and they had grown to deeply admire and love the country and the people. The vast majority of then nearly six million Libyans, by 2010, were happy participants in a unique and independent and quite incredible experiment in societal and political development.

The bank of Libya was independent of the western private banking cabal, and Libya had built up savings worth hundreds of billions of dollars. By 2010, Libya was making preliminary steps towards establishing a gold based currency and alternative credit and financial system for Africa, with the intent of facilitating beneficent, not parasitic, financial help for the many financially-beleaguered countries of Africa...

We learned from Wikileak’s that then Secretary of State Hillary Clinton in her emails indicated that one main motive for destroying Libya was to destroy the gold backed Libyan banking initiative, and thus in effect to destroy their financial independence...

Gaddafi had initiated a lawsuit on behalf of Africans, suing the colonial powers for trillions of dollars of compensation for their egregious exploitation and harm of Africa. This too was put to at least a temporary end by the destruction of Libya.

Gosh, wonder what happened to Libya's 300+ tons of gold that was spirited out of that nation during the aerial bombardment?

Hmm, that's a toughie, I'll have to think on that one? Hey, maybe it's in the same place Iraq's gold is, you think? 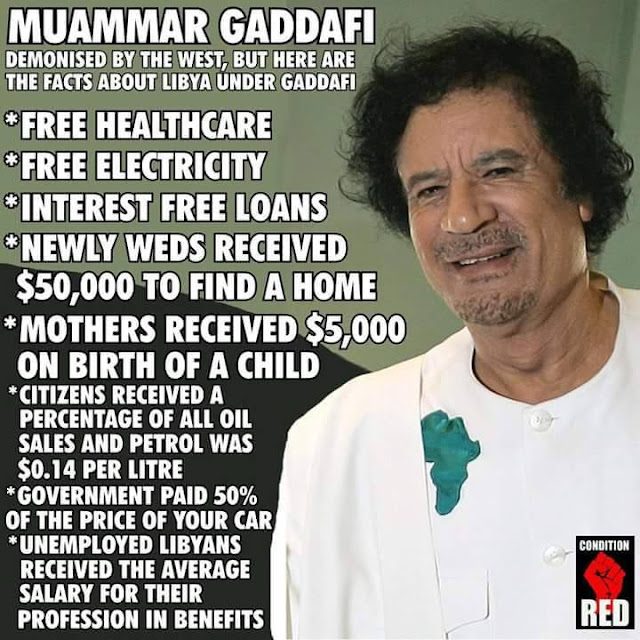 Here's how their rigged game works: If they see a nation with vast natural resources--like Libya's sweet crude--the bankster gangsters first try to corrupt the leader with bribes or blackmail. If that fails, there's suddenly a revolution, which the (((MSM)) will frame as being indigenous, but they hardly ever are. After the elected leader is deposed or preferably, murdered, the (((Deep State))) installs some flunky who will run the economy into bankruptcy, forcing that nation to borrow shekels from the IMF or World Bank.

Wall Street sharpies are sent there to 'advise' but what they really do is to help pile up debt to the point that the nation is forever stuck in debt, borrowing money to pay only the interest on the money previously borrowed, just like what is taking place in the USA.

As collateral for those loans, that nation is forced to turn over its precious natural resource(s) to the Deep State and cut all social welfare programs, all so they can borrow more money and go deeper in debt.

Then there's this video of that insane bitch, the Wicked Witch of the West, the gleeful mass-murderer Hillary Clinton, who should be dangling from a gallows pole: 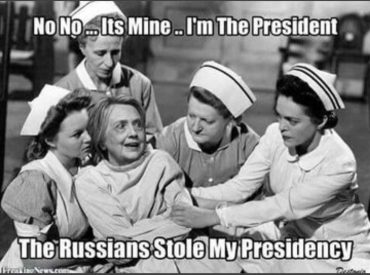 Then there's what's been described as the 8th Wonder of the World, Libya's Libya′s Great Man-Made River (GMMR) which brings up huge amounts of potable water up from aquifers to be distributed to Libyans for drinking water and to irrigate arable lands in southern Libya.

Seeing that drinking water was a threat, NATO bombed part of that magnificent system when commanded by Rothschild Bomber Command. Libya has one of the world's biggest supply of aquifer water, which I'm sure paid no part of NATO bombing those plants supporting the Libyan Man-Made River.
Posted by Greg Bacon at 8:26 AM