Worried About US Cyber Security? Don't as a Jewess in charge!

Yes, I'll sleep easier at night knowing that a radical Chabad Lubavitcher--just like Jared the Snake and his wife Princess Bimbo--is at the helm, ready to do...well something, and I'm pretty sure it won't be in our interests. 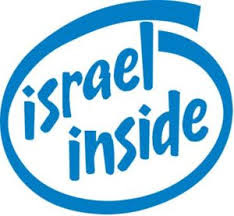 Chabad Lubavitch Linked Jewish Woman Related To One of the Wealthiest Jewish Families in U.S. Named Cybersecurity Chief For NSA

"Artificial Intelligence is giving us [Jews] powers and prowess we’ve never had before. Cyber is a real domain of power” – Israeli PM Benjamin Netanyahu, speaking at Adelson School of Entrepreneurship (14min 08sec mark of this video)

“If they had the power to do to us what we are able to do to them, not one of us would live for an hour. But since they lack the power to do this publicly, they remain our daily murderers and bloodthirsty foes in their hearts.” – Martin Luther (1483-1546): On The Jews and Their Lies: 9/11, p. 141

Anne ‘Chani’ Neuberger grew up in mostly Hasidic Brooklyn neighborhood of Borough Park; parents were among hostages rescued during Israeli raid on Entebbe.

An Orthodox Jewish woman whose parents were among the hostages rescued by Israeli commandos from Entebbe Airport has been tapped to head the United States National Security Agency’s new Cybersecurity Directorate.

Neuberger said her family’s harrowing escapes, first from the Holocaust and then from the hostage situation in Uganda after the Air France flight her parents were on was hijacked by Palestinian terrorists in 1976, had helped shape her worldview.

Though her parents are not Israeli, they were held by the hijackers for a week along with Israeli passengers because they were Jewish.

She previously was the deputy chief management officer at the US Navy and worked for the secretary of defense.

Neuberger, 43, also known as Chani, is from the heavily Jewish Brooklyn, New York, neighborhood of Borough Park, where she attended the Bais Yaakov Jewish day school for girls, according to the Yeshiva World News.

Want to climb to the top of a security job in the JEWSA?

You have to have these qualifications at the minimum!

Must be from holohoax survivors...Check

So hit the bricks Goy, if you entertained any thought of working in the upper echelons of the NSA!

The Lubavitchers--which Jared and Chani belong to--honor the wacky and hateful Rabbi Menachem Mendel Schneerson, who violent outbursts were behind many a Zionist butchery of the indigenous Palestinians.

Some US (((groups))) want to make this violent lunatic's peace loving Rebbe's birth day one of national celebration here in the nation formerly known as the USA. After all, what could we peons do to honor a deranged old fool being that thought he was a God..or is that G-d?


“…the general difference between Jews and non-Jews: A Jew was not created as a means for some [other] purpose; he himself is the purpose, since the substance of all [divine] emanations was created only to serve the Jews.”

“The important things are the Jews, because they do not exist for any [other] aim; they themselves are [the divine] aim.” “The entire creation [of a non-Jew] exists only for the sake of the Jews.” Rabbi Menachem Mendel Schneerson

Emanations? I did my emanating this morning after breakfast. 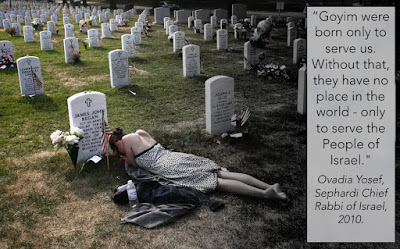 And this is the cult that President Jared belongs to?


The fox in the henhouse

Is there any way of managing the risk? Well actually help is at hand. None other than Bibi Netanyahu has offered to provide an Israeli-lead Cyber Security World Order. He’s certainly well positioned to implement it. Off the top of my head I can name companies across the full range of information and communications technologies owned or controlled by Israeli companies and/or their sayanim in the West. Payment gateways and processing, encryption, antivirus and data security products, databases, telecoms billing and mediation technologies, microprocessors, remote flight interception technologies, internet search, instant messaging, artificial intelligence, data mining, social media platforms…. In other words full-spectrum oversight if not control. Trust me on this: These products are riddled with back-doors and Trojans. They’re as porous as a sieve. Also trust me when I say that the Israelis and their sayanim now have enough power to bring the West to a standstill.

Maybe Bibi’s offering is in the finest traditions of Jewish out-group altruism. Or maybe not. Call me cynical but instead I’m minded of Tony Soprano complimenting a celebrity chef ‘Nice restaurant. Shame if it burned down’. You may well wonder if those at the apex of America’s national security colossus could have been so derelict in their duty to allow such a catastrophe occur. Unfortunately the American alphabet agencies are riddled with sayanim and actual Israelis. The highest strategic level of ‘national security’ is almost Ziocon Central and a “Chabad Lubavitch Linked Woman Related To One of the Wealthiest Jewish Families in U.S. [has been] Named Cybersecurity Chief For NSA”. And I’ve written on how Lubivichers see us goyim. (Hint: they loathe and despise us). Former CIA analyst Philip Geraldi has exposed how former USAF Chief of Staff James Abrahamson appointed an Israeli named Lani Cass to oversee the Air Force’s most secret cyber capabilities including nuclear codes. Hard to believe but Cass was born, raised, and educated in Israel, is fluent in Russian and reportedly reached the rank of major in the Israeli air force before moving to the United States where she was rapidly magicked into overseeing cyber security on behalf of Israel the United States. You couldn’t make this stuff up.

England's also taking it up the keister, as anudda' Jew, Ian Levy is in charge of their version of the NSA, GCHQ.

But don't cower in the corner of the slaughterhouse corral and bleat your fear. This will soon be over, when the Zionist fanatics get thru looting our economy of all wealth, which is happening 24/7. Once they pry up and steal the kitchen sink, they'll move on to greener--redder?--pastures in China.

If you think things are bad now, wait until we get another four years of President Trump bending over backwards to please Israel.
Wonder what Chani has to say about all the skull-drudgery that took place in Iowa during the 2020 caucuses? Wouldn't protecting the integrity of US elections be part of Cyber Security? Or am I hallucinating?

Running simulations to see what it would take to put Jared Kushner in power?