A Failed Fashion Diva & a Slumlord: What's Wrong with this Picture? 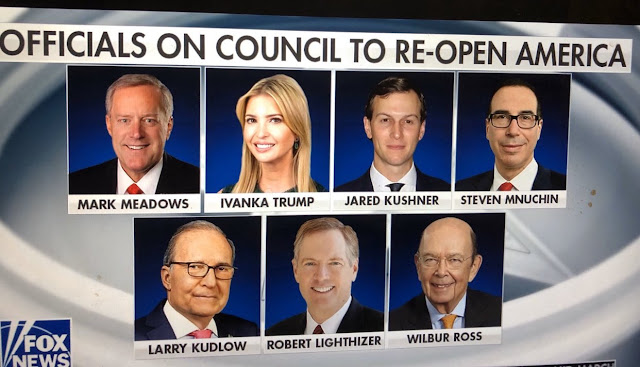 Thank G-d Trump has appointed a slumlord and Princess Bimbo to the Covid Task force!

Jared the Snake being on anudda' important mission from G-d is understandable, since Humpty Trumpty appoints that Chabad Lubavitcher zealot to damn near every task or important mission, like building that Wall.
But what in the hell is Princess Bimbo doing on that task force? Will her failed fashion sense be helpful? Maybe her ability to sit on Daddy's lap and cry about the babies, that so enrages Humpty Trumpty that he sends some cruise missiles into Syria or Iraq or Iran, killing more babies, is part of her valued acumen?

And why is Ivanka using her maiden name? Her Gentile name is now Ivanka KUSHNER, not Trump. Her cult Judaic name is Yael Kushner, as her Twitter page shows, along with this startling bit of info: "My daddy is POTUS!" 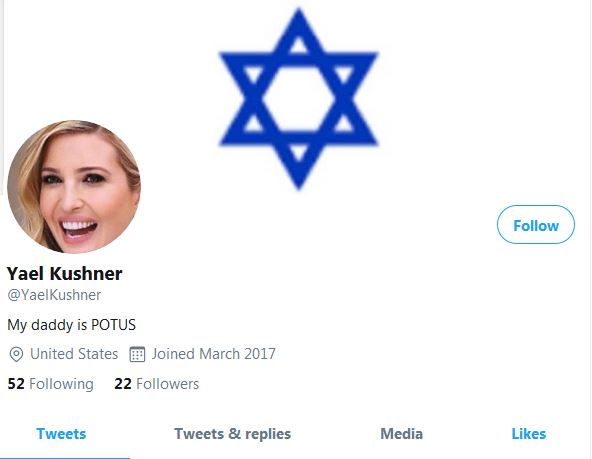 Some clown has suggested we change the name of the USA to JEWSA. Maybe we should, then Americans can get all those $$$$ benefits now going to Israel and Jews.

"If Trump is elected he is gonna drain the swamp, lock up Hillary, build the wall, and won't play golf like Obama did all the time."

Suckers, Trump lives in the murkiest and deadliest part of that Swamp, so he's not going to fuck with his buds.

There's one other thing about this 'Council.' SIX--there's that magic number again--have this one thing in common. Can you guess? Here's a hint: ((( ))).