The Pedophiles Among Us...A Rape Assembly Line all the way to Capitol Hill & the WH 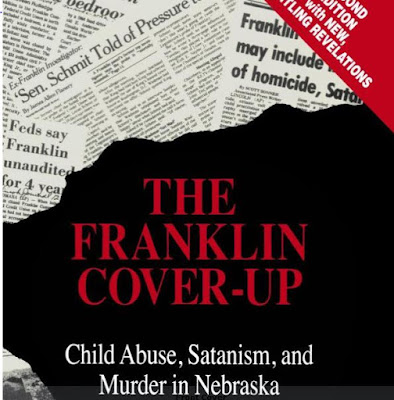 That was never aired, at least not on the Boob Tube, as some very powerful people stepped in and got Discovery to drop the doc.

While we're talking about pedos, let's review one of the lists for the Mossad asset Jeff Epstein's flight log on his 'Lolita Express.' 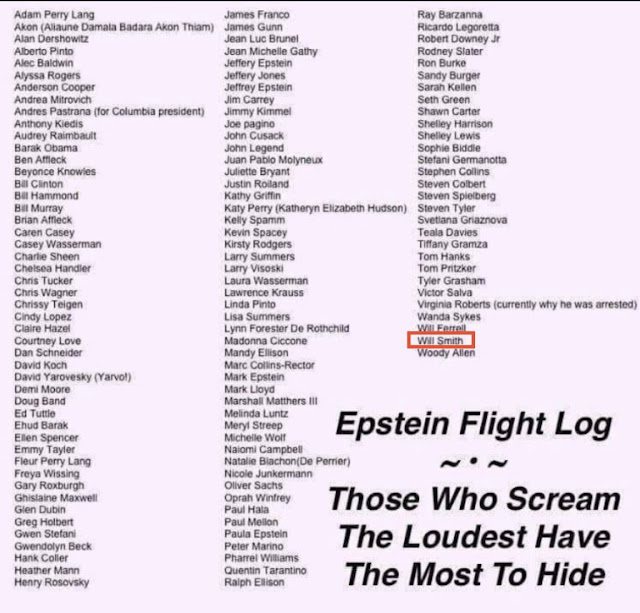 Moloch has gotten so hungry, these days he demands the sacrifice of an entire nation so that his banks can thrive. Remember how many times Amerians were told Universal Health Care was too expensive? Not when it comes to making sure the health of those (((TBTF))) Wall Street banks stay afloat. 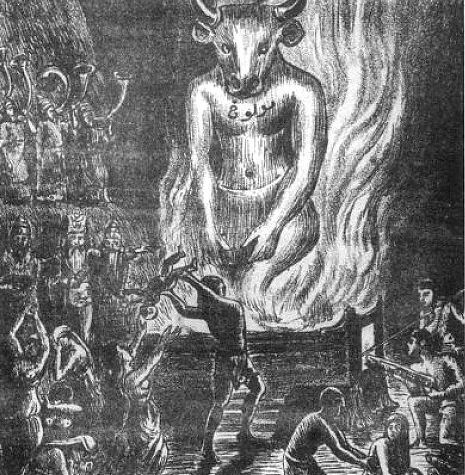 Ffiona gets what is happening in DC..and all over the planet.

Exposes The Moral Squalor That Is Operating At The Highest Level Of Our Society.

I discovered this book while researching the recent Wikileaks "pizzagate ping pong" scandal.The Franklin cover up was the biggest paedophile scandal in the history of the world.The American media is obsessed with Catholic child abuse scandals but this was a dark & deviant scandal that was conveniently ignored & suppressed due to it's connection with elite politicians and business leaders. Children were being taken by private jets to Washington and other parts of the US (including a location that sounded like Bohemian Grove), where they were assaulted and in some cases murdered.These crimes were photographed and filmed-the footage was used as power & control leverage. The Senate organized an investigation into this scandal however many of the key people involved in the investigation either died or committed suicide. The Franklin Coverup had to rely upon the testimony of those involved, and unfortunately the absence of incriminating evidence made their sensational claims that much easier to dismiss.

The elites have been doing this sort of thing throughout history so this was no isolated incident.Tragically the whole upper structure of our civilization (the elites who are really running the show) are a sordid breed of people who are totally ruthless. This is the devils power that is ruling the world and this cult feels very protected, they consider themselves untouchable.The symbolic Owl ceremony that is regularly carried out by our world leaders at Bohemian Grove In California, is based on the ancient pagan (satanic) ceremony where a god known as Moloch required the blood sacrifice of children. Most,if not all, of the people involved in this satanic ritual are linked in to a spiritually corrupt global network that allows these sadistic practices to go on in secret.

Good Goys and Girls don't ask questions about those weird societies that use children for sacrifices. Keep watching Jootube, listening to Billie Eilish and make sure you never miss one of Khloe KarTRASHian's tweets or Instagrams posts!

The Nebraska State investigation starting in 1988 into the failure of the Franklin Bank & Trust soon turned up something much uglier: Franklin's general manager Larry King --then the rising Black star of the Republican Party, singing the national anthem at the 1984 and 1988 Republican Conventions, later in prison for embezzling $40 million-- was also luring children from nearby Boy's Town and the streets of Omaha into forced prostitution. The clients were prominent politicians, media and industrial magnates around the country -including King, the Omaha Chief of Police, the owner of Nebraska's largest newspaper, the Omaha Herald, and, according to several children, then-Vice-President George Bush the Father. Videos of the "parties" were used for blackmail, which may corrupt our government to this day. Kids were tortured, threatened, and in at least once case, murdered, to keep them in line.

"Conspiracy of Silence" by Britain's Yorkshire TV -scheduled for the Discover Channel on May 3, 1994 but cancelled and never publicly aired until now on the web, includes much of the Franklin Committee's video interviews with the child victims.

The Omaha Herald led the media vilification of the kids. The FBI threatened the kids with perjury prosecution if they told their story, and after 2 recanted, they did put the one remaining who stuck to her story in prison. After the State's lead investigator Gary Caradori and his young son were killed in the unexplained breakup of his plane in midair the investigation died as other victims refused to talk or recanted their video testimony in court. This documentary picks up the pieces.

That plane 'crash,' was NOT investigated by the NHTSB, as our laws dictate, instead the FBI came in, scooped up all the evidence, and put a gag order on anyone who had seen the crash. And that was the end of that investigation.

Shades of 9/11, eh? Remember that passport that allegedly belonged to one of the so-called hijackers, that miraculously survived the crash, explosion, giant fireball and the controlled demolition of the WTC? Amazing, truly amazing! Then was 'found' by an FBI agent sitting on top of pile of rubble?

Now what power would have enough clout to rig an FBI investigation; get the MSM to play along and make sure witnesses either STFU or were accidentally killed?

"The Franklin Cover-up: Child Abuse, Satanism, and Murder in Nebraska"

For you youngsters out there who don't know anything about the 1980's looting of American Savings & Loans, that was the time when the (((Usual Suspects))) plundered hundreds of billions from those S & L's, wiping out many a businesses and savings of Americans.

That wholesale looting was preview of what was to happen twice since the Israeli masterminded 9/11 False Flag, once in 2009 and now the thieving going on which will dwarf both the S & L pillaging and the 2009 wholesale theft of American money by crooks who will never see their day in court.

The S & L plundering saw around 900 crooks go to jail, but not the 2008 legalized looting. Only one Big Fish is in the slammer, Bernie Madoff. As long as Bernie was stealing from the Goyim, he was on safe ground, but he got greedy and started picking the pockets of his fellow Jews, and that's when the Gefilte hit the fan.
People less than 30 yo will ask, "What is a Savings & Loan?" since those savings banks were wiped out by greed.

On the morning of June 29, 1989, pandemonium erupted in the corridors of power in the nation's capital. "Homosexual Prostitution Probe Ensnares Official of Bush, Reagan", screamed the front-page headline of the Washington Times with the kicker "Call Boys Took Midnight Tour of White House". The Times reported:

"A homosexual prostitution ring is under investigation by Federal and District authorities and includes among its clients key officials of the Reagan and Bush administrations, military officers, congressional aides and U.S. and foreign businessmen with close ties to Washington's political elite."

The expose centered on the role of one Craig Spence, a Republican powerbroker known for his lavish "power cocktail" parties. Spence was well connected. He celebrated Independence Day 1988 by conducting a midnight tour of the White House in the company of two teenage male prostitutes among others in his party.

Now we'll return you to your daily, MANDATORY Holocaust worship, and shedding tears for those poor Israeli's, who have to steal land, water resources and money from other nations to survive.
Posted by Greg Bacon at 11:18 AM