Did you know the bogus idea of 'social distancing' was invented by a 14-year-old girl during the Bush administration in 2006?

The lockdown measures implemented across the US – and failing to save us from either Covid-19 or economic ruin – have roots in a 2006 schoolgirl’s science project. They became law despite several academics’ resistance...

How did a temporary plan to preserve hospital capacity turn into two-to-three months of near-universal house arrest that ended up causing worker furloughs at 256 hospitals, a stoppage of international travel, a 40 percent job loss among people earning less than $40,000 per year, devastation of every economic sector, mass confusion and demoralization, a complete ignoring of all fundamental rights and liberties, not to mention the mass confiscation of private property with forced closures of millions of businesses? ...

But what is this mention of the high-school daughter of 14? Her name is Laura M. Glass, and she recently declined to be interviewed when the Albuquerque Journal did a deep dive of this history.

"Laura, with some guidance from her dad, devised a computer simulation that showed how people – family members, co-workers, students in schools, people in social situations – interact. What she discovered was that school kids come in contact with about 140 people a day, more than any other group. Based on that finding, her program showed that in a hypothetical town of 10,000 people, 5,000 would be infected during a pandemic if no measures were taken, but only 500 would be infected if the schools were closed." 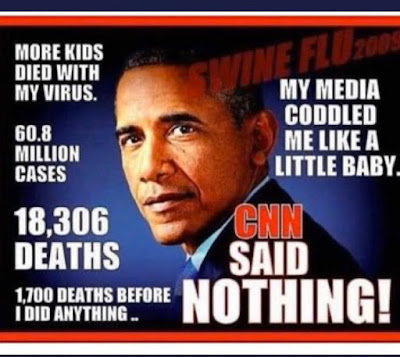 There you have it. From the mind of a 14 yo, the recipe for destroying our economy. For what has turned out to be nothing more than a flu bug.

But Comrade Citizen, our kindly nanny, the Deep State has said...

War is peace
Freedom is slavery
Ignorance is strength
At the 33 second mark, this crazy advocates for getting rid of all whites in the USA.

CDC Head Vows to Get Rid of ALL Whites

Ask yourself why Bill Gates refers to COVID-19 as “Pandemic 1,” and tells people to prepare for “years of pain,” as if he knows for sure that more pandemics are coming. How would he know that unless he was involved in the planning and creating of more pandemics? Ask yourself if all of these future pandemics, “Pandemic 2,” Pandemic 3,” etc. etc. will all result in mandatory vaccines made and sold by Bill Gates. Ask yourself if these mandatory vaccines will cause all sorts of health problems, including infertility and death, in the people they’re forced on.

In 1928, Marcus Ravage, a Jewish Rothschild biographer wrote an essay entitled, “The Real Case Against the Jews.”
“You have not begun to appreciate the real depth of our guilt. We are intruders. We are disturbers. We are subverters. We have taken your natural world, your ideals, your destiny, and played havoc with them. We have been at the bottom not merely of the latest great war but of nearly all your wars, not only of the Russian but of every other major revolution in your history. We have brought discord and confusion and frustration into your personal and public life. We are still doing it. No one can tell how long we shall go on doing it.”
Posted by Greg Bacon at 9:01 AM