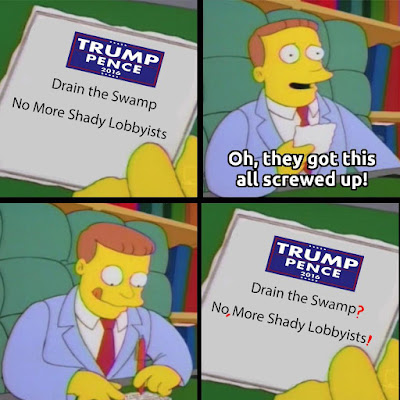 President Donald Trump now has a new goal: Operation Warp Speed. That’s a partnership with “pharmaceutical companies and the military” in a rush to create a coronavirus vaccine that will be mandatory... At 2:28 in the video, there is a clip of Trump saying people “have to take the shot” and get the vaccination. [click on link to view] 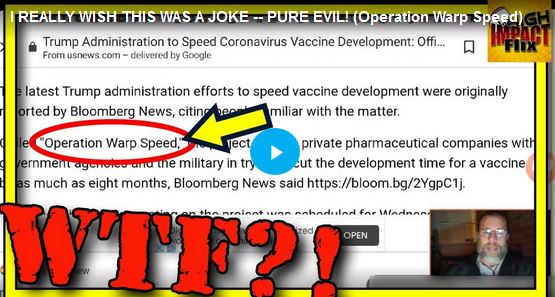 According to a report by Bloomberg, the Trump administration is organizing a Manhattan Project-style effort to drastically cut the time needed to develop a coronavirus vaccine, with the goal of making enough doses for most Americans by year’s end. Instead of eliminating the police state and tyranny, Trump is doing the opposite. He’s now sided with Bill Gates and Anthony Fauci making him complicate in the removal of people’s basic human rights.

Wonder if Operation Warp Speed will be used to rescue the Kushner Mob front called "OSCAR Health?" All it would take is for Princess Bimbo to shed a few tears while sitting on Daddy's lap to get Tubby the Grifter to endow OSCAR with trillions of shekels. 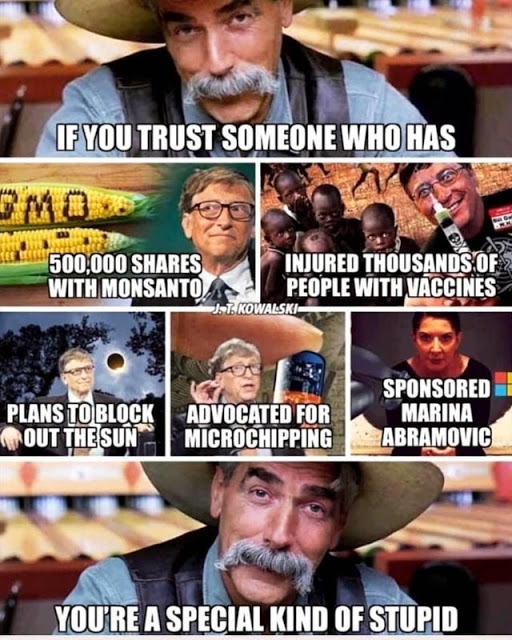 Come to think of it, Jared the Snake--who Trump appointed as the #1 in maintaining this Covid hysteria--does have the features of the anti-Christ. 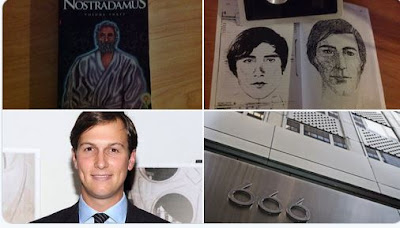 Jared, since Juden recoil at the mere mention of JC's name, I'll put this in terms you'll understand..

Which is what will happen when MAGA goes thru with 'Operation Warp Speed.' My guess is that those who refuse to get sodomized by 'Mr. Know-it-all' Gates vaccine won't be able to enter public places, like a grocery store or gas station.

For an excellent synopsis of this manufactured Covid hysteria, check out Aangirfan blog!
Posted by Greg Bacon at 1:00 PM