How Commies Destroy: "Seattle is Dying"

This video shows what happens to a city like Seattle when the Commie-loving pAntifa thugs take over the City Council and Mayor's office: The city goes slowly to waste.

Seattle's Mayor Durkan, the one who blessed the Commie pAntifa thugs taking over part of downtown, until they got her address and started raising hell. Then the mayor had enough and ordered the Commie commune of CHAZ/CHOP busted up.

“We are trained Marxists. We are super-versed on, sort of, ideological theories. And I think that what we really tried to do is build a movement that could be utilized by many, many black folk,” Cullors added in the interview with Jared Ball of The Real News Network. Our goal is to get Trump out of the White House.”

“After dictating homelessness policy for a generation,” like 25 years, “the activist class is losing the narrative—and this accounts for its increasingly desperate counterattacks. As their support among voters erodes and principled journalists,” like this one guy, Eric Johnson, “break the silence about homelessness, they fall back on branding their concerned neighbors ‘bigots,’ ‘fascists,’ and ‘white supremacists.’”..

Good luck with the city’s current crop of civic leaders, elected and elite, buying into that. In fact, they have organized a #SeattleForAll “counternarrative” (on Twitter, one of the rebuttal’s most active participants is Gates Foundation official David Bley)

Bley is a big shot in the same org that wants to shoot everyone with some kind of vaccine that is untested and unknown? Fuck that, those clowns can't even handle running a city the size of Seattle.

So the ones who want to dictate who has free speech and who doesn't, are tearing apart two of America's biggest cities.

Enough is enough, it's time to take back our country from these budding Lenin's and Stalin wannabes.

Just remember: the liberal left are inclusive, diverse, tolerant and accepting – UNTIL you offer an opposing viewpoint, at which point they become part of the violent, intolerant mob.

But its good to be a cop in Seattle! I'll bet the cops who contribute to the general malaise in Seattle are the highest paid. 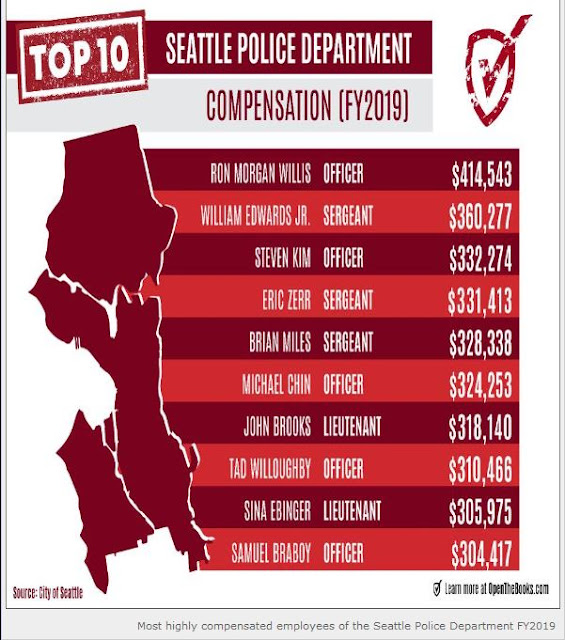 
NEVER FORGET: Wall Street capitalists created and exported Communism. They funded Lenin, the Bolsheviks, and the Soviet Union. Trotsky was sent from there directly. The ANTIFA/BLM is the same political movement in essence so nothing changes, they just target the USA now.

How about one more, Comrade?

Next up, conversion therapy: The new left says you’re a bigot unless you have sex with EVERY gender

Next up, bestiality will be legalized, like it already is in parts of Europe.

BLM better watch out or they'll be pushed aside and the new cry will be LGBTQMAP lives matter!