Do You Have to be a Convicted Felon to Join PANTIFA?

That appears to be the case, as was shown a few days ago in Kenosha, WI when the brave patriot Kyle Rittenhouse was forced to defend himself against three violent PANTIFA thugs with a history of violence.

One was a convicted pedophile, with multiple charges for kiddie rape. One doesn't get 12.5 years hard time for a minor infraction. 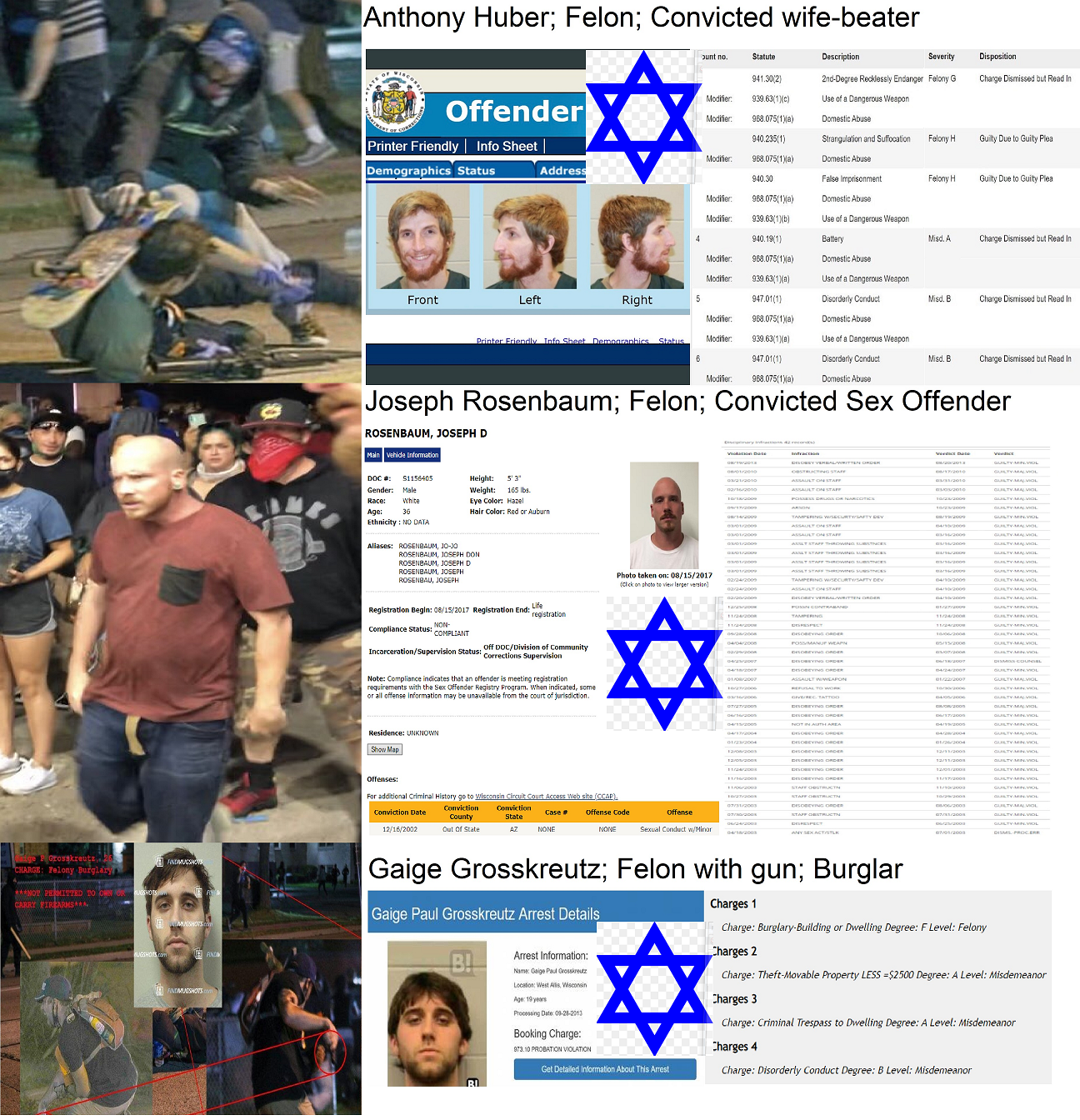 Rosenbaum lit a dumpster on fire, and they were going to roll it down the street into some police cars. Kyle then put the dumpster out with a fire extinguisher. This pissed off Rosenbaum, who then pursued Kyle, while Kyle was being shot at by other Antifa for putting out the dumpster fire and being identified as a Trump supporter. Rosenbaum then got shot by Antifa at least twice, he had 5 rounds in him and Kyle only shot 3, and if I got the story right, all 3 shots from Kyle came later, when they were trying to get his gun away from him. Even if he did shoot at Rosenbaum, he did not kill Rosenbaum. The fatal shot to Rosenbaum came from behind.

There's one other thing they have in common, but forgot what that was??? 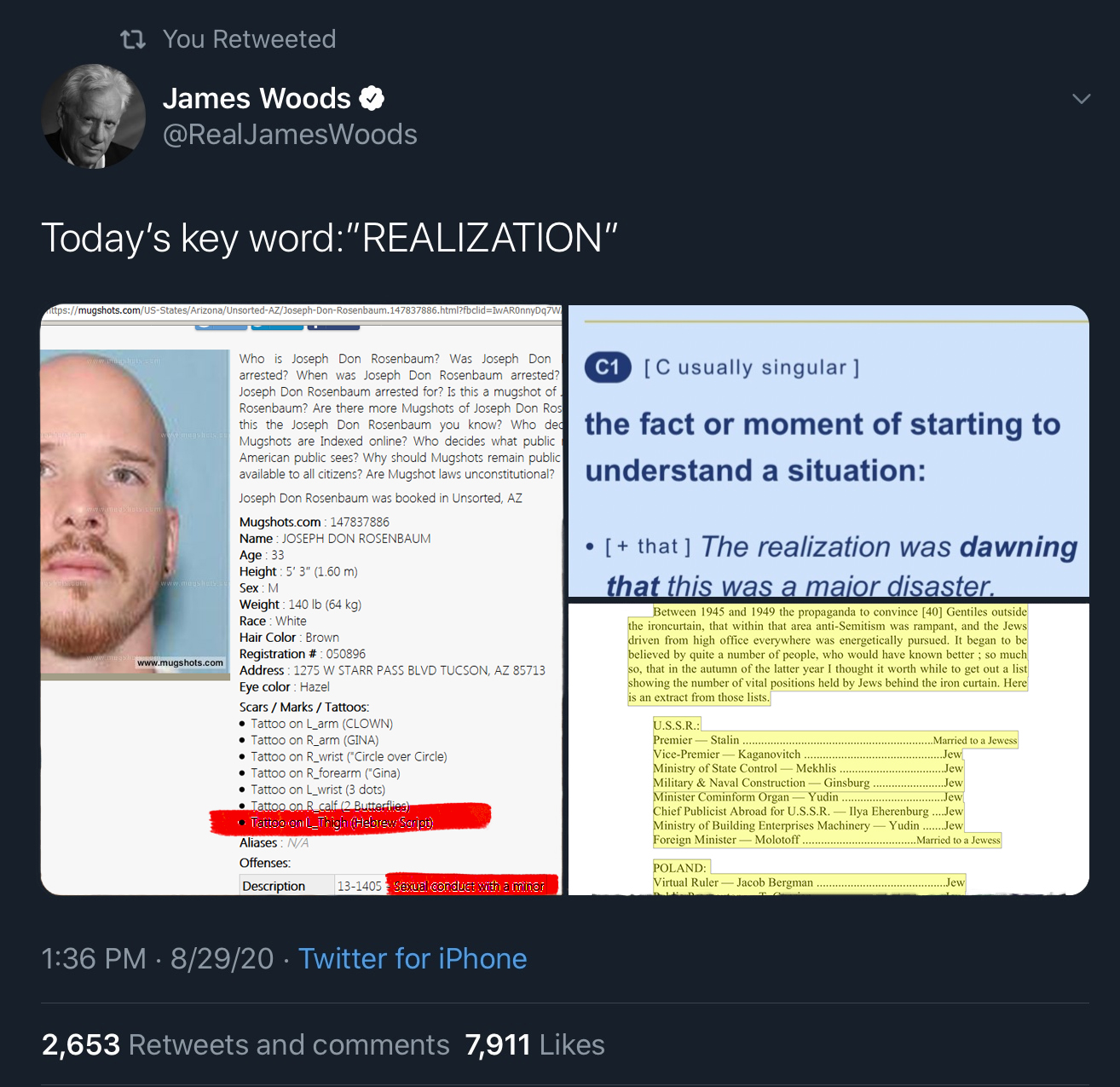 Who were the other shooters? PANTIFA thugs trying to shoot Kyle in the back, but wound up shooting one of their Marxist buds? What is really amazing is that this Covid hysteria, and forcing people to wear masks, just happened to happen when the PANTIFA terrorists needed cover.

One thing for sure, we can always rely on ZNN to give us truthful facts!

While we're discussing Commie thugs and wanna be Lenin's, let's take a look at BLM, which some jokers are now saying it stands for BURN, LOOT, MURDER. 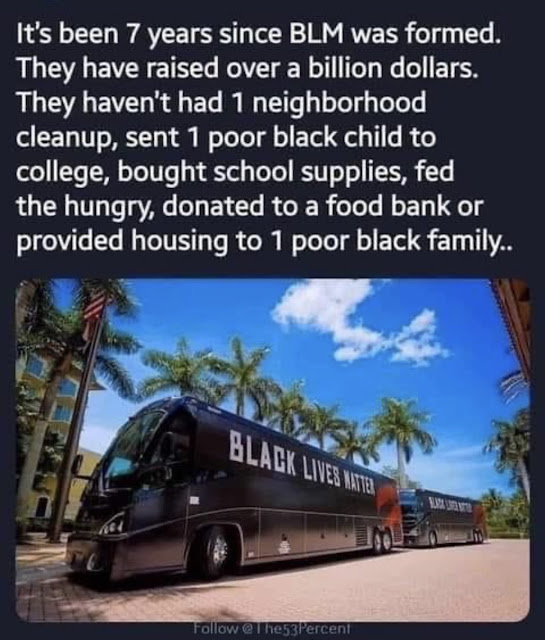 Since BLM is a non-profit, where charitable works has it done? Or is it being sued to siphon money to the DNC and to enhance the BLM leadership lifestyles?

Like someone already "I support black lives but I don't support the terrorist outfit BLM."


Inspired to help the cause, the 19-year-old Georgetown University sophomore and her a capella group, the Phantoms, raised nearly $1,100 for what they thought was the global movement to bring racial justice and defund the police. It wasn’t until she was contacted by BuzzFeed News that the student learned her group had been collecting money for a completely unaffiliated cause.

The Black Lives Matter Foundation, a Santa Clarita, California–based charitable organization that has one paid employee and lists a UPS store as its address, has a very different goal, according to its founder: “bringing the community and police closer together.”

I propose that all police be given a 6 month paid leave of absence. That should be long enough for Americans to take out the trash.