"Goyim, Do Not Watch This Expose of the Swine Flu Scam"

Note: It takes a few seconds for this video to start playing, but hang in, it gets very interesting towards the end when Mike Wallace exposes the con artists behind that FRAUD.

MIKE WALLACE: The flu season is upon us. Which type will we worry about this year, and what kind of shots will we be told to take? Remember the swine flu scare of 1976? That was the year the U.S. government told us all that swine flu could turn out to be a killer that could spread across the nation, and Washington decided that every man, woman and child in the nation should get a shot to prevent a nation-wide outbreak, a pandemic.

Well 46 million of us obediently took the shot, and now 4,000 Americans are claiming damages from Uncle Sam amounting to three and a half billion dollars because of what happened when they took that shot. By far the greatest number of the claims - two thirds of them are for neurological damage, or even death, allegedly triggered by the flu shot.

We pick up the story back in 1976, when the threat posed by the swine flu virus seemed very real indeed.

PRESIDENT GERALD FORD; This virus was the cause of a pandemic in 1918 and 1919 that resulted in over half a million deaths in the United States, as well as 20 million deaths around the world.

WALLACE: Thus the U.S. government's publicity machine was cranked into action to urge all America to protect itself against the swine flu menace. (Excerpt from TV commercial urging everyone to get a swine flu shot.) One of those who did roll up her sleeve was Judy Roberts. She was perfectly healthy, an active woman, when, in November of 1976, she took her shot. Two weeks later, she says, she began to feel a numbness starting up her legs.

JUDY ROBERTS: And I joked about it at that time. I said I'll be numb to the knees by Friday if this keeps up. By the following week, I was totally paralyzed.

WALLACE: So completely paralyzed, in fact, that they had to operate on her to enable her to breathe. And for six months, Judy Roberts was a quadriplegic. The diagnosis: A neurological disorder called "Guillain-Barre Syndrome" - GBS for short. These neurological diseases are little understood. They affect people in different ways.

As you can see in these home movies taken by a friend, Judy Roberts' paralysis confined her mostly to a wheelchair for over a year. But this disease can even kill. Indeed, there are 300 claims now pending from the families of GBS victims who died, allegedly as a result of the swine flu shot. In other GBS victims, the crippling effects diminish and all but disappear. But for Judy Roberts, progress back to good health has been painful and partial.
Now, I notice that your smile, Judy, is a little bit constricted.

ROBERTS: Yes, it is.

WALLACE: Is it different from what it used to be?

ROBERTS: Very different, I have a – a greatly decreased mobility in my lips. And I can't drink through a straw on the right-band side. I can't blow out birthday candles. I don't whistle any more, for which my husband is grateful.

WALLACE: It may be a little difficult for you to answer this question, but have you recovered as much as you are going to recover?

WALLACE: So you will now have a legacy of braces on your legs for the rest of your life?

ROBERTS: Yes. The weakness in my hands will stay and the leg braces will stay....

DR DAVID SENCER: The rationale for our recommendation was not on the basis of the death of a - a single individual, but it was on the basis that when we do see a change in the characteristics of the influenza virus, it is a massive public-health problem in the country.

WALLACE: Dr David Sencer, then head of the CDS - the Center of Disease Control in Atlanta - is now in private industry. He devised the swine flu program and he pushed it.

WALLACE: You began to give flu shots to the American people in October of '76?

WALLACE: By that time, how many cases of swine flu around the world had been reported?

DR SENCER: There had been several reported, but none confirmed. There had been cases in Australia that were reported by the press, by the news media. There were cases in -

WALLACE: None confirmed? Did you ever uncover any other outbreaks of swine flu anywhere in the world? 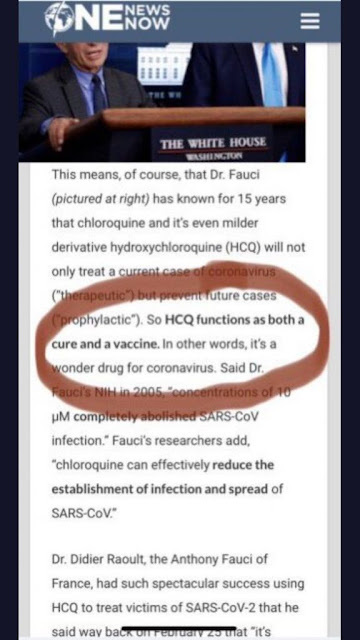 WHO head is not a doctor, but he is a flamer...

Let's make a deal. I won't tell this clown he can't get injections, suppository style and he won't insist we get shot by Bill 'Thanos' Gates poison. 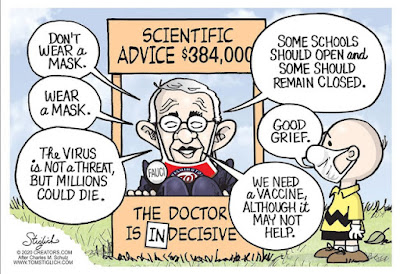 Here's anudda coincidence! Dr. Fauci, director of the National Institute of Allergy and Infectious Diseases who keeps telling us VE must wear masks and isolate and get that Bill 'Thanos' Gates vaccine?

He likes to visit gay bathhouses to study their lifestyle.

Just a dedicated researcher who probably got on his hands and knees so he could better understand homosexuality.

Right, just keep your slippery hands away from me. If you want to visit gay bathhouses and do in-depth studies of homosexuality, fine, just keep way from me.