Well our good buddies in Israel are looking out for their Goyim slaves again. Between that bio-warfare institute working on a Covid vaccine BEFORE it hit the fan to now wanting to make some serious shekels off our misery, there's no end to Israeli/Jew perfidious behavior.

Just pure luck Goyim, just luck! NOW STFU and get back to your wage slave job. Stop bitching & wondering about all these 'coincidences' involving Israeli treachery, back-stabbing, attacking America while their (((MSM)) blame it on Muslims and their wholesale ransacking of our wealth, which is one of the primary drivers pushing America--and the world--into that nasty not so great reshit. reset.

Then they wonder why people are getting suspicous of Zionist intrigues.

The Israel Institute for Biological Research was founded as the biological warfare department of the Haganah, the Jewish-Israeli terrorist group that had planned to poison the water supply in Germany at the end of World War II to murder millions of Germans in retaliation for the alleged “Holocaust”.

The institute is widely suspected of being involved in developing chemical and biological weapons. It is also assumed that the Institute develops vaccines and antidotes for such weapons.

Good thing they didn't poison those Germans, for who in Germany would be left to pay endless holoHOAX reps to these slippery shape-shifting con artists?

The vaccine being developed at the Israel Institute for Biological Research (IIBR), in rural Ness Ziona, began animal trials in March. A source familiar with IIBR activities said human trials were expected before year’s end. A US official described Ambassador David Friedman’s visit to the IIBR on Monday as part of the two allies’ “robust fight against the coronavirus.” Israel’s Defense Ministry, which oversees the IIBR, had no immediate comment.

The IIBR is seeking FDA vaccine regulation, the US official added. Asked whether Friedman would help in this regard, the official said only that the envoy “is working tirelessly to ensure that things that (can) help the American people can get to them in the most effective and efficient way.”

Good ol' Israel has got our back! Our pants are down to our ankles, we're bent over a stump & Israel is right behind us, hands firmly on our shoulders. You fill out the rest.

Why our good friends in Israel lie to us so much , they got a head start on a Covid vaccine just because they want to always help Goyim!

Just because those smelly assholes are wanting to jab people with THANOS Gates mystery vaccine that they threw together in less than a year, doesn't mean they're cold, heartless, selfish, mass-murdering assholes who would steal pennies from homeless children.

Guess the fact that Israeli CRIME MINISTER Nuttyahoo used this Covid hysteria to lockdown his nation so they could stall the trial on his numerous corruption charges and he wouldn't reopen the economy unless the prosecutor and judge on that case agreed to NOT jail Nutty if he was found guilty, which to me is an admission of guilt.

Gosh, do you ever wonder how much more peaceful and SANE the world would be if that parasitic state of hate Israel didn't exist? At least there's one group of sadistic, psychotic fucks that love seeing people being forced to wear masks. 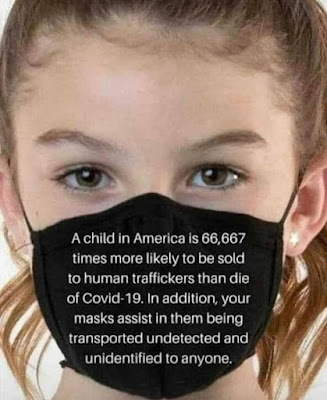 Just who does this cocksucker Fuckupi think he is? He's is either an incompetent buffoon or part of the Deep State fuckheads that want to crush people & the precious Bill of Rights.

He's been in that job for nearly 36 years and when it broke out, he admitted they didn't have enough face masks, gloves, eye shields or ventilators to handle the expected cases?

What the fuck has he been doing? Other than visiting gay bathhouses in his earlier days to better understand that lifestyle, an article I should of did a screen save off since I can no longer find it. 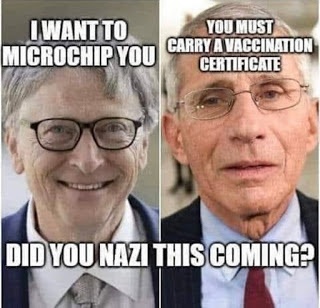 As reported by Jon Rappaport, during a July 16, 2020, “This Week in Virology” podcast, Anthony Fauci made a point of saying that the industry-standard PCR COVID test is useless and misleading when the test is run using the threshold standards recommended by the FDA:

Since Israeli dickheads are one that never lets a catastrophe go to waste, while their (((MSM))) scares the holy hell out of Americans 24/7 about Covid bullshit, Israel is taking this diversion to go full ASSHOLE on the West Bank, setting records for the number of homes torn down & villages disappeared while also squeezing the last bit of life out of Gaza.

Guess that's just anudda of those COHENicidences that always seems to happen when Israel is wanting to steal more land or do a 9/11 on America to get us to fight THEIR land & resource wars.