As been said before, the US host is slowly losing its life force to the eternal parasite so they need to find anudda host to stick their blood-sucking tentacles into, which is China.

So instead of sneakily taking over from the inside, the Jew will use its influence over the feds, including Pedo Joe, to attack China from the outside & try to cause her downfall. Then they can sneak in--like they did to Russia in the 1990's--and rob China of that 8,000 tons PLUS of their favorite God, gold.

Pedo Joe & Mad Dog Harris will be the stewards of these final years, that's why (((they))) needed to steal the WH, to put their favorite bitches in so they can help the Jew loot whatever wealth is left.

Part of that is the insane stock market, which is being artificially inflated by the noxious FED and those TBTF Wall Street banks. In part, this is being done to lure in more money from the marks, the American public who think they're getting rich until one day--not far off--that we wake up & find the market has crashed, and BTW, all your money is GONE. (The video is well worth watching to the end, since this guy knows what he's talking about when he refers to what has been taking place in the JEWSA the last 4 decades. I've said this before, the only way we'll get our freedom back is to do a repeat of 1776. If not, kiss your ass goodbye.)

Pay close attention to the first few seconds of this video as JEWtube has been waging war against these truths.

The speaker is Zhai Dongsheng, RenChugokuDeputy Dean of the School of International Relations of Renmin University, Deputy Director and Secretary-General of the Center for Foreign Strategic Studies of the Communist Party of China, and Distinguished Researcher of the International Monetary Institute.

A Tucker Carlson segment putting the spotlight on a November 28th, 2020 talk by Chinese Communist Party's (CCP) foreign relation's expert, Di Dongsheng, is being circulated throughout social media, including by Donald Trump.

According to Carlson, the video reveals that Joe Biden and his supporters are agents of the Chinese government.

What was dishonestly edited out of the segment was what professor Dongsheng really said: Joe Biden is controlled by Wall Street Jews, who the CCP deal with directly when they need something from America.

Dongsheng recounts his experiences with an "old friend," an American power broker who, in the original video, he mockingly describes as a "big nosed Jew" that speaks fluid Mandarin and has been trading influence over the US government in exchange for a foothold in China over the years...

It's increasingly looking like China's Jewish "friends" are starting to give up on ever gaining an upper hand over the world's oldest continuous civilization. The powerful state, its control over the economy and media, and the turn towards ethno-nationalism inside the CCP under Xi Jinping, who Jeffrey Goldberg's influential Atlantic recently accused of being inspired by the philosophy of the Nazis, is closing tried and true vectors traditionally used by Jewish interlopers...

Bringing the ascendant Chinese to heel is beginning to look like an impossible task. China is not America. World Jewry may have just met its match.

During the speech, he talks about his initial reluctance when the Jew told him that she was a Chinese citizen, as dual citizenship is illegal in China. Dongsheng hints at homegrown corruption going back to the 1970s, stating that it is otherwise unlikely the figure in question would sacrifice her "Israeli or American" citizenship.

China may have met its match? Maybe, we can only hope and pray that the International Jew will be check-mated in China, but I wouldn't bet on that happening.

The elites are having their kids learning to speak Mandarin, a prerequisite for dealing with China.

Teach your kids Mandarin the Jared and Ivanka way, for $75,000 and up a year

When Ivanka Trump’s 5-year-old daughter Arabella Kushner serenaded visiting Chinese president Xi Jinping with a Mandarin folk song earlier this month, it prompted an outpouring of affection from many in China. In America, it probably prompted at least a little envy among other parents of young Mandarin learners. 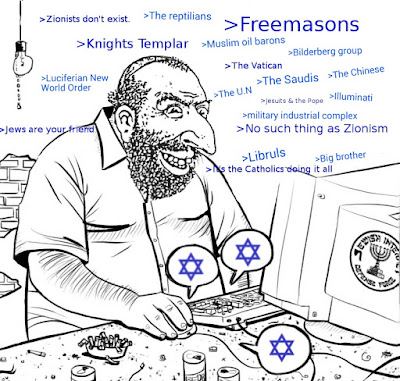