Yes, now you too can join the world's most "moral army", the Israeli Defense Force!

Become part of the regular combat brigades and experience first hand the thrill of shooting Palestinian kids in the head!

Moan in ecstasy as your unit blows up an apartment building filled with Arab dogs!

Shout with glee as you call in an Apache helicopter strike on a mosque filled with women and children!

This is the IDF of the 21st Century, but we still cling to the old ways of killing off non-Jews as commanded by our most holy book, the Talmud.

Those IDF recruits who show a particular fondness for death and mayhem, will be asked to join the MOSSAD for an exciting career in assassinations and false-flags, like out triumphant attacks on 9/11.

Do you have what it takes to become a brain dead killer in our G-d's name? Then contact the IDF today and get started on fulfilling that fantasy of an Eretz Israel! 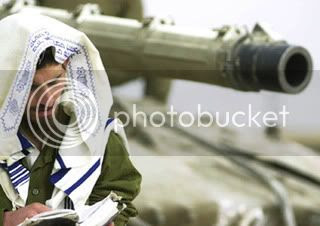 Soferim 15, Rule 10. Rabbi Simon ben Yohai: Tob shebe goyyim harog ("Even the best of the gentiles should all be killed")

Americans Jews wishing to join should contact the office of Alan Dershowtiz!