Sounds serious, doesn't it? Until you look behind the curtain and find that some of these same 'Chosen Ones' were either totally incompetent, sleeping on the job or maybe part of the bankster gangsters that went on a looting, pillaging and plundering spree that started about the same time the FALSE FLAG/INSIDE JOB of 9/11 was executed.

You could call this conference a 'den of thieves' meeting, but that might be too harsh... or not.

They babbled on about how they were going protect the consumer, keep up their oversight of banks and financial institutions possibly form a 'Financial Fraud Task Force.'

The world's largest counterfeiting operation, the privately owned and Zionist Jew run Fed was there, in the person of Donald KOHN. And the Israeli Branch of Finance, AKA as the U.S. Treasury Department had Neil WOLIN present. WOLIN is a CFR 'made man' who also assisted the 1999 US Treasury head Robert RUBIN, in gutting the 1930's enacted law, the Glass-Steagall Act, which had put up a 'firewall' between commercial and investment banking.

Shortly after helping pass this Bankster Gangster Act, Rubin left his post at Treasury and joined one of those 'Too Big to Fail' Wall Street banks, Citigroup, where he raked in over 100 MILLION dollars, until the whole con started falling apart in 2008, when Rubin quietly slipped out the back door to enjoy his lucre.

Other 'Chosen Ones' in attendance to make sure the comedy show stayed on point was James SHORRIS, who was promoted to head the National Association of Securities Dealers (NASD) back in early 2006.

NASD changed its name to FINRA--Financial Industry Regulatory Authority, Inc--that is a SELF-POLICING regulatory agency that is owned by the same shysters that ruined this economy.

FINRA is an association that regulates its members through the adoption and enforcement of rules and regulations governing business conduct of member firms. It often provides advice to the U.S. Securities and Exchange Commission, a U.S. government agency legally tasked with governing this conduct. According to POGO, FINRA has an "abysmal record of protecting the investing public", incestuous ties to the very industry it is supposed to be overseeing, "was asleep at the wheel for most of the major securities industry scandals dating back to the 1980's," and "took a hands-off approach to regulating many of the larger firms that" collapsed, engendering "the financial crisis, including Bear Stearns, Lehman Brothers, and Merrill Lynch" ... and also failed to detect Bernie Madoff's US$65 billion Ponzi scheme. "Yet despite its countless regulatory failures leading up to the financial meltdown, FINRAS's board has repeatedly approved outrageous seven-figure compensation packages for its top executives."

Must of been too busy figuring out ways to give themselves outrageous salaries and bonuses and didn't have the time or resources to keep a sharp eye on all the Wall Street con games that have wrecked this nation and thrown 'We the People' into another Federal Reserve engineered 'Great Depression.' 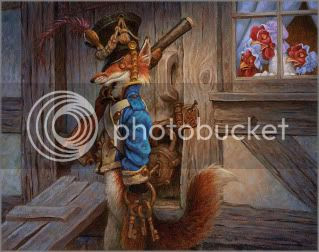 This is the same 'fox guarding the hen house' attitude that prevailed during the 1980's Savings and Loan con job that will eventually cost us taxpayers close to ONE TRILLION DOLLARS.

Today's looting of American's pocketbooks drew on the experience this band of cutthroat con artists learned back in the 1980's when we were robbed again by the banks, thru the frauds committed at the nation's Savings and Loans, helped by the BCCI, the Bank of Commerce and Credit International, nicknamed the 'Banks of Crooks and Criminals.'

BCCI was used to get money to an Israeli MOSSAD controlled asset, Abu Nidal, who has been portrayed in the Zionist owned and Jewish managed MSM as a Muslim terrorist.

Israel used Nidal to 'hijack' jet liners in the 1980's, setting the stage for those 'Muslims' who we were brainwashed into believing were behind the FALSE FLAG/INSIDE JOB of 9/11.
Nidal was also behind the murder of Palestinian voices of peace, seasoned statesmen who were poistively influencing Western thought about the Occupation of Palestine.

Among BCCI’s principal mechanisms for committing crimes were.. its use of front-men and nominees, kick-backs and bribes, the intimidation of witnesses, and the retention of well-placed insiders to discourage governmental action.”

When pulling off massive cons that loot tremedous amounts of wealth, it's advisable to have "Well-placed insiders."

Friends in High Places
Bonnie JONAS, Assistant US Attorney in the Southern District of New York, was at this seminar, lecturing us GOYIM on what a great job she and her staff have been doing since 1997 rounding up the 'bad guys.'

Yes, Bonnie, looking around at the economic disaster that has befallen this nation is ample proof you were doing a good job.... for someone, but not the US taxpayer.

Ms. Jonas was aided by another 'Chosen One,' Ronnie ABRAMS, who was an Assistant U.S. Attorney in the Southern District of New York from 1998-2008, during the time those Wall Street 'Too Big to Fail' banks were plundering our economy.

David MARKOWTIZ advised us GOYIM, drawing on his vast experience while on the staff of the Securities and Exchange Commission (SEC) from 2000-2008, when much of our hard-earned money MADOFF to Apartheid Israel.

Another one was Eric Stein, deputy assistant secretary for consumer protection, U.S. Department of the Treasury.

Mr. Stein deserves his own column:

Eric Stein
Remember the name. He is deputy assistant secretary for consumer protection at the Treasury Department. He was also a key player in the Center for Responsible Lending — a front group funded by billionaire John Paulson who worked with Goldman Sachs to package mortgages into securities.
In the house of cards that was the mortgage securities market — Stein was the Jack of spades. While Paulson was the bag man for the CRL operation, Stein was it’s hatchet man. Stein harassed and threatened banks into making bad loans. Paulson primed the pump and Stein fueled the fire.

Stein promoted policies that, in his words, encourages other lenders to make suststainable loans to borrowers with blemished credit.” In other words, they would buy loans from banks to make such loans Then the loan would be kicked up to Fannie Mae. Paulson got rich. Taxpayers got bilked.

'He a Good Boy'
All of these cons were helped by a 1999 guideline issued by then Deputy Attorney General Eric Holder, the same DAG that got Jewish con artist Marc Rich a pardon.

The same Eric Holder who helped coverup the government sponsored butchery of women and children at the Waco, Texas BBQ of human beings.

The federal prosecutor who raised questions about a possible Justice Department cover-up in the Waco standoff was abruptly removed from the case along with his boss, according to a court filing made public Tuesday.

At least someone's pointing out the conflict of interest in this incestuous relationship, the Project on Government Oversight, or POGO.

Project on Government Oversight (POGO) also attacked FINRA's multi-million dollar executive compensation packages, failure to warn other investors about the imminent collapse of the auction rate securities market despite having liquidated its own investment in the market, spending of large amounts of money and resources on advertising and campaigning in an attempt to gain more power, and the higher transaction costs to investors that are created when an industry regulates itself.

But it's hard to outfox the fox who is proclaiming innocence, even while eating the chickens he was hired to watch and you can see dead birds, mangled bodies and feathers all over the scene.

Unqualified home buyers were not the only ones who benefitted from Massachusetts Rep. Barney Frank’s efforts to deregulate Fannie Mae throughout the 1990s.

So did Frank’s partner, a Fannie Mae executive at the forefront of the agency’s push to relax lending restrictions.

Now that Fannie Mae is at the epicenter of a financial meltdown that threatens the U.S. economy, some are raising new questions about Frank's relationship with Herb Moses, who was Fannie’s assistant director for product initiatives. Moses worked at the government-sponsored enterprise from 1991 to 1998, while Frank was on the House Banking Committee, which had jurisdiction over Fannie

. Let me get this straight. Dodd, Barney Fife, Kerry, Levin, etc. are the CURE for the Wall Street problems? And we're supposed to believe that? This nation is slipping into greater degrees of delusion by the minute. Gov't is NOT the answer!

It was a system that was designed by the bankers and for the bankers. Now, the bureaucrats running the system are returning to Jekyll Island to congratulate themselves. Those attending the conference on November 5th and 6th include Federal Reserve Chairman Ben Bernanke, former Fed Chairman Alan Greenspan, Goldman Sachs managing director E. Gerald Corrigan and the heads of the various regional Federal Reserve banks. You can view the entire agenda of the conference right here. It looks like that there will be plenty of hors d'oeuvres to go around, but should the Federal Reserve really be celebrating their accomplishments at a time when the U.S. economy is literally falling to pieces?

The Federal Reserve: History of Lies, Thievery, and Deceit

"I place economy among the first and most important virtues, and public debt as the greatest of dangers. To preserve our independence, we must not let our rulers load us with perpetual debt." Thomas Jefferson

The vultures are gathering at the original crime scene to congratulate themselves for their bastard creation, the Zionist owned and Jewish run Federal Reserve, which has sucked trillions and trillions of dollars out of the US economy and helped start numerous wars and help fund FALSE FLAGS/INSIDE JOBS like 9/11.