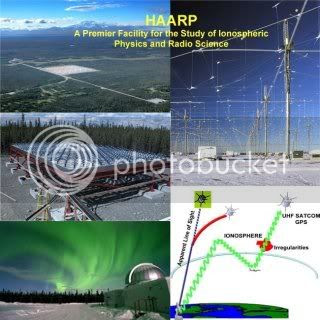 "It isn't just conspiracy theorists who are concerned about HAARP. The European Union called the project a global concern and passed a resolution calling for more information on its health and environmental risks. Despite those concerns, officials at HAARP insist the project is nothing more sinister than a radio science research facility."

Quote from a documentary on HAARP by Canada's public broadcasting network CBC.

i fuckin hate all these big countries ... not cuz im jelous but cause they got diiirty deep secrets .. hiding from their own﻿ ppl.

We know it's possible for this technology to do such a thing. Here's just one of many reports on HAARP's capabilities.

Can’t say for sure, and many jump to the conclusion that every earthquake is the result of HAARP or other atmospheric heater activity. Haiti for example did have corresponding HAARP activity and other anomalies. Chile apparently did not.

Who’d benefit, and why Iceland?

1. Iceland didn’t take the bail out and hasn’t wanted to knuckle under to the EU. They still have a strong free market economy and are poised for recovery. That’s not falling in line with the program.

2. In addition, Iceland recently established themselves as a “free speech haven” to protect journalists and their sources, even offering censorship-free servers and other services to journalists and internet businesses. Sound like an idea those wanting an internet crackdown would like to see happen?

The U.S. Government has a new ground-based "Star Wars" weapon which is being tested in the remote bush country of Alaska. This new system manipulates the environment in a way which can:

The U.S. military calls its zapper HAARP (High-frequency Active Auroral Research Program). But this skybuster is not about the Northern Lights. The device will turn on lights never intended to be artifically manipulated.

"Electromagnetic weapons ... pack an invisible wallop hundreds of times more powerful than the electrical current in a lightning bolt. One can blast enemy missiles out of the sky, another could be used to blind soldiers on the battlefield, still another to control an unruly crowd by burning the surface of their skin. If detonated over a large city, an electromagnetic weapon could destroy all electronics in seconds. They all use directed energy to create a powerful electromagnetic pulse."

Technology First Developed Over 60 Years Ago

Nikola Tesla (Serbian: 10 July 1856 – 7 January 1943) was an inventor, mechanical engineer, and electrical engineer. He was an important contributor to the birth of commercial electricity, and is best known for his many revolutionary developments in the field of electromagnetism in the late 19th and early 20th centuries.

Later in life, Tesla made remarkable claims concerning a "teleforce" weapon. The press called it a "peace ray" or death ray. In total, the components and methods included:

An apparatus for producing manifestations of energy in free air instead of in a high vacuum as in the past. This, according to Tesla in 1934, was accomplished.
A mechanism for generating tremendous electrical force. This, according to Tesla, was also accomplished.
A means of intensifying and amplifying the force developed by the second mechanism.
A new method for producing a tremendous electrical repelling force. This would be the projector, or gun, of the invention.

How Does This All Tie Into 9/11?
Check out the Induction Magnetometer site readings for HAARP on 9/11:

The image below is a time-frequency spectrogram, which shows the frequency content of signals recorded by the HAARP Induction Magnetometer. This instrument, provided by the University of Tokyo, measures temporal variations in the geomagnetic field in the ULF (ultra-low frequency) range of 0-5 Hz. The spectrogram images are produced by computing the PSD (power spectral density) of successive 102.4-second segments of timeseries data, and plotting these spectra as color/intensity slices along a 24-hour scale. If the images below is not too interesting, you might want to look at 02 Sep 2004 for an example of narrowband PC1 pulsations, or 27 Jul 2004 for an example of wideband ULF noise during a magnetic substorm. Expanded plots of the last 12 hours, last 6 hours, last 3 hours, and last 1 hour are also available.

Was the HAARP 'played' on 9/11?
I don't know, but I do know that our government has been hijacked by a pack of sadistic, flesh-eating jackals that would do anything, and I do mean ANYTHING, to hold onto the power they have and obtain more power, control and wealth.

How much energy does it take to atomize 180 one acre concrete and steel floors?

Internationally famous scientist Moret stated "I urge world citizens of many countries to listen in. The program on the Livermore Nuclear Weapons Lab HAARP program is a critical topic for every country in the world."

Leuren Moret is no fool, she's highly educated and in 2003, testified at the International Criminal Tribunal for Afghanistan.

Moret worked for two periods at two U.S. nuclear weapons laboratories, including Lawrence Livermore National Laboratory. She has claimed the status of a whistleblower in connection with her work at Lawrence Livermore.

HAARP is a scientific endeavor aimed at studying the properties and behavior of the ionosphere, with particular emphasis on being able to understand and use it to enhance communications and surveillance systems for both civilian and defense purposes.

How large is the HAARP antenna array?

The HAARP antenna array consists of 180 antennas on a total land area of about 35 acres. The array, along with its integrated transmitters, is able to produce approximately 3.6 million Watts of radio frequency power.

Run by the US Air Force along with the Navy.

What really happened on 9/11 is only known to the REAL SOB's behind that FALSE FLAG/INSIDE JOB.
Some in the USA have retired to a life of comfort, being protected 24/7 by the Secret Service, being paid a generous pension by US taxpayers and making millions a year, giving 'speeches' to their war-mongering friends and some in Khazaria send their Shin Bet operatives, dressed as Arabs, into Gaza where they fire bottle rockets back into the Israeli desert, which is then used as an excuse to send American made and donated Apache helicopter gunships and F-16's to bomb the hell out of the peace-loving Palestinians.

Houston We Have A Problem. ISS is over NYC on 911 instead of Africa.

Called "Expedition 3" and launched on ONE MONTH before 9/11.

The crew of the International Space Station (ISS) can see "terrorist Carnage" in NYC on 9/11/01, they did not report seeing a hurricane that was just out of their camera shot.

CAPE CANAVERAL, Fla. The billowing plume from the collapse of the World Trade Center could be seen aboard the International Space Station Tuesday.

Culbertson and his two colleagues Vladimir Dezhurov and Mikhail Turin also peered down the eastern seaboard of the U.S., but it was unclear whether the trio could see smoke from a plane crash into the Pentagon.

They Couldn't See THIS? 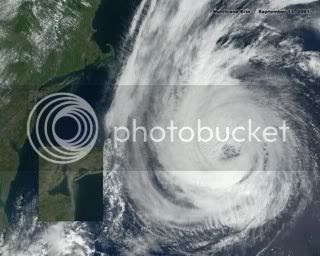 NOAA Sends a 'Hurricane Hunter' into Hurricane Erin, but nothing is reported in the news?

Forecast on 9/11. Where is Hurricane Erin? 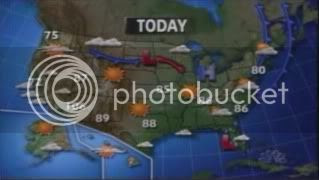 911 Weather Or Not; Clear Day Psyop

List of New York hurricanes, 2000 and After, but NO Mention of Hurricane Erin

Links to Dr. Judy Wood's Blogs on 9/11
Excellent photos at the lower blog.