Mayer Rothschild's 25 Points to Take Over the World 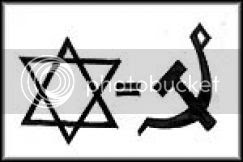 Even if the 'Protocols' are a forgery, and would it matter if they are, the heavy, behind the scenes hands of a certain group of people addicted to money and power has reared its ugly head time and again.

Just like it's getting ready to do in Syria, when the North Atlantic Terrorist Organization, AKA NATO, invades ANOTHER sovereign nation to bring 'liberty and freedom' to Syrians, in the form of bombs, missiles, machines guns and artillery 'freeing' tens of thousands of Syrians from the burden of living.

Before Rockefeller, There Was Rothschild

In 1773, Mayer summoned twelve wealthy men to Frankfort and asked them to pool their resources, then presented the 25-point plan that would enable them to gain control of the wealth, natural resources and manpower of the entire world.

1. Use violence and terrorism rather than academic discussions.

4. Politicians must be cunning and deceptive; any moral code leaves a politician vulnerable.

6. Remain invisible until the very moment when it has gained such strength that no cunning or force can undermine it.

7. Use Mob Psychology to control the masses. "Without absolute despotism one cannot rule efficiently."

8. Advocate the use of alcoholic liquors, drugs, moral corruption and all forms of vice, used systematically by "agenteurs" to corrupt the youth.

9. Seize properties by any means to secure submission and sovereignty.

10. Foment wars and control the peace conferences so that neither of the combatants gains territory placing them further in debt and therefore into our power.

11. Choose candidates for public office who will be "servile and obedient to our commands, so they may be readily used as pawns in our game."

12. Use the Press for propaganda to control all outlets of public information, while remaining in the shadows, clear of blame.

13. Make the masses believe they had been the prey of criminals. Then restore order to appear as the saviors.

14. Create financial panics. Use hunger to control to subjugate the masses.

15. Infiltrate Freemasonry to take advantage of the Grand Orient Lodges to cloak the true nature of their work in philanthropy. Spread their atheistic-materialistic ideology amongst the "Goyim" (gentiles).

16. When the hour strikes for our sovereign lord of the entire World to be crowned, their influence will banish everything that might stand in his way.

17. Use systematic deception, high-sounding phrases and popular slogans. "The opposite of what has been promised can always be done afterwards... That is of no consequence."

18. A Reign of Terror is the most economical way to bring about speedy subjection.

19. Masquerade as political, financial and economic advisers to carry out our mandates with Diplomacy and without fear of exposing "the secret power behind national and international affairs."

20. Ultimate world government is the goal. It will be necessary to establish huge monopolies, so even the largest fortunes of the Goyim will depend on us to such an extent that they will go to the bottom together with the credit of their governments on the day after the great political smash."

21. Use economic warfare. Rob the "Goyim" of their landed properties and industries with a combination of high taxes and unfair competition.

22. "Make the 'Goyim' destroy each other so there will only be the proletariat left in the world, with a few millionaires devoted to our cause, and sufficient police and soldiers to protect our interest."

23. Call it The New Order. Appoint a Dictator.

24. Fool, bemuse and corrupt the younger members of society by teaching them theories and principles we know to be false.

25. Twist national and international laws into a contradiction which first masks the law and afterwards hides it altogether. Substitute arbitration for law.

The Ultimate Yellow Brick Is GOLD! "Understanding The Federal Reserve System & The History of National Debt"

The History of the House of Rothschild