More Proof of USA and Israel Spying on Americans from 1975


Other lies Clapper has told. Why isn't this back-stabbing traitor in prison and who is he really working for?

Clapper is only one of many traitors who are really working for the fuckers running and ruining this planet, the wealthy elite and various Zionist entities. 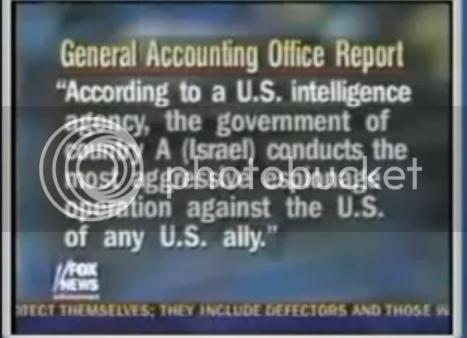 Senator John V. Tunney, chairman of the Subcommittee on Constitutional Rights, claims Mount Weather, a secret government facility located about 50 miles west of Washington, DC (see 1952-1958), has collected and stored data on at least 100,000 US citizens. During a Congressional hearing into reports of domestic surveillance, Tunney alleges, “computers—described as ‘the best in world’—can obtain millions of pieces of information on the personal lives of American citizens.” Mount Weather maintains a state-of-the-art surveillance system as part of the facility’s Civil Crisis Management program (see 1967-1976). General Robert T. Bray, who is called to testify at the hearing, refuses to answer repeated questions regarding the data collection programs. Bray says he is “not at liberty” to disclose “the role and the mission and the capability” at Mount Weather, “or any other precise location.” Mount Weather and nearly 100 other “Federal Relocation Centers” are considered a key aspect of the highly classified Continuity of Government (COG) program (see 1950-1962), which is designed to ensure the survival of the federal government in times of national emergency. Bray admits to committee members that Mount Weather stores data relating to “military installations, government facilities, communications, transportation, energy and power, agriculture, manufacturing, wholesale and retail services, manpower, financial, medical and educational institutions, sanitary facilities, population, housing shelter, and stockpiles.” Senator James Abourezk says, “the whole operation has eluded the supervision of either Congress or the courts.” Senator Tunney says Mount Weather is “out of control.” [Progressive, 3/1976

Mount Weather, a secret underground government installation located about 50 miles west of Washington, DC (see 1950-1962), maintains a “Civil Crisis Management” program aimed at monitoring and managing civil emergencies, such as resource shortages, labor strikes, and political uprisings. The installation is a key component of the highly classified Continuity of Government (COG) program, which is meant to ensure the survival of the federal government in times of national emergency. “We try to monitor situations and get them before they become emergencies,” says Daniel J. Cronin, assistant director of the Federal Preparedness Agency (FPA), which is responsible for managing parts of the facility and program. As part of the program, Mount Weather collects and stores data regarding military and government installations, communications, transportation, energy and power, food supplies, manufacturing, wholesale and retail services, manpower, medical and educational institutions, sanitary facilities, population, and stockpiles of essential resources.

With all the Israeli firms involved in helping the NSA spy on Americans, how do we know that the Talmud Terror Masters aren't keeping the good intel for themselves and passing on bogus intel to the NSA?

Remember all those Israeli's caught spying on the USA after 9/11?

Tonight, in the second of four reports on spying by Israelis in the U.S., we learn about an Israeli-based private communications company, for whom a half-dozen of those 60 detained suspects worked. American investigators fear information generated by this firm may have fallen into the wrong hands and had the effect of impeded the Sept. 11 terror inquiry.


AmDocs, the Israeli tele-comm company that was spying on the USA to help pull off the FALSE FLAG/INSIDE JOB of 9/11, has operations all over the world, enabling the Talmud Terror Masters to pull off False Flags anywhere on the planet and then blame the resulting chaos on Israel's 'existential' enemies, which is pretty much the entire world, all of us GOYIM.

AmDocs has been on a buying spree, firming up that chokehold the Talmud Terror Masters have on the entire world.

Where's all that money come from to buy all those companies? From 'Uncle Sucker,' and from those 'Too Big to Jail' Wall Street banks that have stolen trillions from Americans over the years.