More Solid Proof that the holoHOAX DID NOT HAPPEN


"The Zionists dare to use their power to expel the Arabs, and even today in Lebanon, they kill and butcher the Arabs; they wipe out whole villages with the airplanes they get from the United States."

Deceased Rabbi Boruch Kaplan, who was principal of the Beis Yaakov Girls School in Brooklyn. 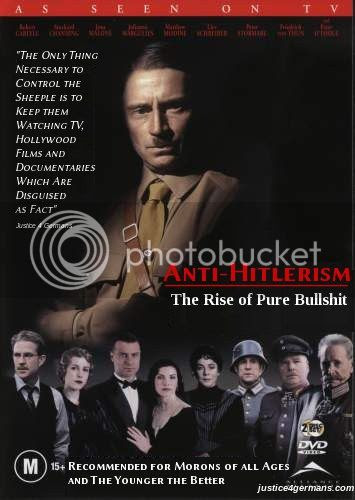 Thanks to "Justice4Germans" for the pic!


"Himmler - "Reduce Deaths at all Costs"

Heinrich Himmler, chief of the Concentration Camps issued orders on December 28, 1942, that "The death rate in the concentration camps must be reduced at all costs" (Reitlinger, "The Final Solution"). The camps had been hit with a deadly typhus epidemic that spread by fleas and body lice. Stomach pain, high fever, emaciation and death can quickly follow. All of the camps were factories and the loss of workers was hurting war production. Inspector of the camps, Richard Glucks responded to Himmler's order on January 20, 1943, "Every means will be used to lower the death rates" (Nuremberg Tribunal Document No. 1523). Yes, those nasty Nazis actually said that, here's the copied portion from the "Harvard Law School Library Nuremberg Document Collection" 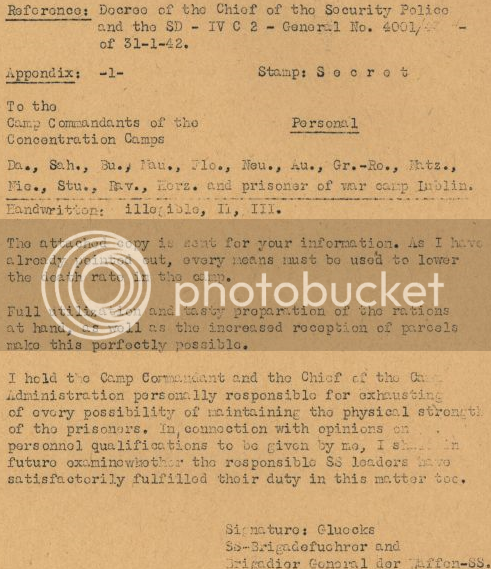 On April 10, 1943, Oswald Pohl, head of the Economic Administration Office of the camps issued a letter stating that persons with tuberculosis were being sent to the camps resulting in the "shockingly high mortality figures" (Nuremberg Documents). Later, on September 30, 1943, Pohl was able to show that the camp death rate had been reduced from 8.5% in July, 1942 to 2.8% in June 1943.

The German SS arrested Buchenwald Commandant, Karl Koch in 1943 for mistreating and even executing some prisoners. After an investigation Koch was found guilty by SS Judge Konrad Morgen and shot. Does this sound like a policy of "extermination?"

After the War, with suspicion rapidly rising about the holocaust claim, a committee of Jewish leaders from New York and Paris met with communist leaders in Warsaw. There they established the "Committee for the Investigation of War Crimes and War Criminals". It was after this meeting that the announcement was made that all gas chambers were located in Poland.

The Problems of Mass Gassing

In 1945 it was announced that gas death chambers existed in all concentration camps in Poland, Germany, Austria and Alsace. Some 15 years later, in 1960, this was revised to the new claim that gas chambers existed only in camps located in Soviet held Poland. Simon Weisenthal of the Los Angeles Holocaust Center states in the paper, "Books and Bookmen", April 1975, page 5, "No gassing took place in any camp on German soil." The pressure had been growing since The Vatican, Red Cross, English Intelligence and German Intelligence chiefs Canaris and Oster (who collaborated with the British) either did not know or did not believe in rumors of gassings.


Here's a typical street at the Auschwitz labor camp, which also had a cinema, swimming pool, hospital, library, post office, even a brothel for inmates. Does that sound like a death camp, a LIE which the holoHOAX industry wants you to believe, and BTW sucker, donate some more money to these scam artists. 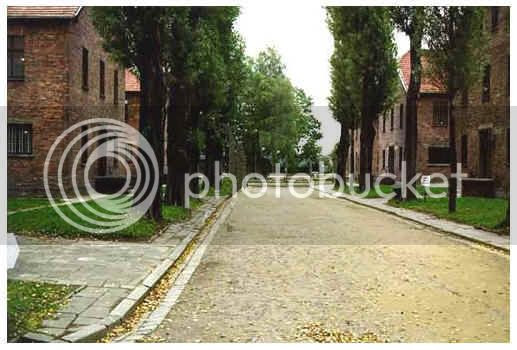 What the Jew Bankers don't want you to know about Hitler and the National Socialists:

Under the National Socialists, Germany’s money wasn’t backed by gold (which was owned by the international bankers). It was essentially a receipt for labor and materials delivered to the government.

Hitler said, “For every mark issued, we required the equivalent of a mark’s worth of work done, or goods produced.”

The government paid workers in Certificates. Workers spent those Certificates on other goods and services, thus creating more jobs for more people. In this way the German people climbed out of the crushing debt imposed on them by the international bankers.

Within two years, the unemployment problem had been solved, and Germany was back on its feet. It had a solid, stable currency, with no debt, and no inflation, at a time when millions of people in the United States and other Western countries (controlled by international bankers) were still out of work. Within five years, Germany went from the poorest nation in Europe to the richest.

Germany even managed to restore foreign trade, despite the international bankers’ denial of foreign credit to Germany, and despite the global boycott by Jewish-owned industries. Germany succeeded in this by exchanging equipment and commodities directly with other countries, using a barter system that cut the bankers out of the picture. Germany flourished, since barter eliminates national debt and trade deficits.

“The Nazis came to power in 1933 when the German economy was in total collapse, with ruinous war-reparation obligations and zero prospects for foreign investment or credit. Through an independent monetary policy of sovereign credit and a full-employment public-works program, the Third Reich was able to turn a bankrupt Germany, stripped of overseas colonies, into the strongest economy in Europe within four years, even before armament spending began.” (Henry C. K. Liu, “Nazism and the German Economic Miracle,” Asia Times (May 24, 2005).

Can't have that kind of economic miracle here in the JEWSA, our wealth gets routed to the Jew bankers and our kids get fed into the latest 'War for Wall Street.'

Why does the Jew head of the Federal Reserve need so much armed protection at her home? BTW, people in Hillandale, good luck trying to change the habits of the Fed, since it is independent and not answerable to the government.
Even the former head of the FBI Mueller, when he was living there, didn't have anywhere near this kind of protection.

Is the FED getting nervous that us 'uppity' peasants are getting ready to revolt and start using the closest utility pole and some rope for 'decorating?'