A Jew Exposes the Holocaust™ 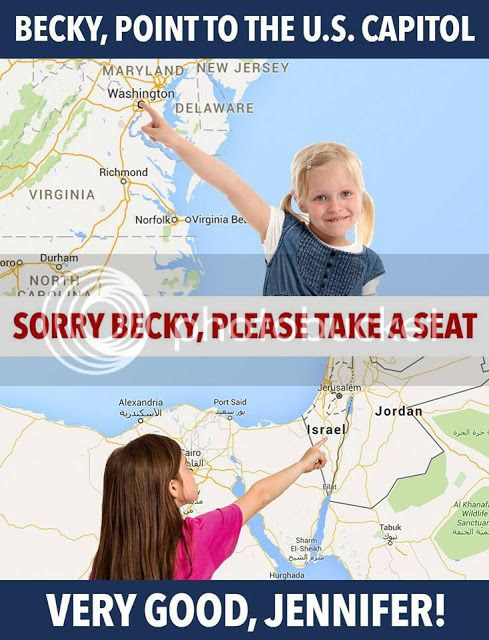 The biggest FRAUD of the 20th Century, the Holocaust™ led to this, the complete and utter domination of the USA by the Jew, enabling Israel to use our kids as cannon fodder, fighting, getting wounded and dying for Israel while their control of the MSM, the FED and our Treasury Department lets them loot this country blind, while the Jew media keeps us distracted, filled with fear with tall tales about Muslim boogiemen, hiding in our neighborhood, ready to jump out and slit our throats while screaming 'Allahu Akbar.'

Stop believing their lies and take our nation back from these psychotic rag peddlers.

By R. Dommergue Polacco de Ménasce (A Jew who strongly takes issue with the totalitarian judeopathy)

1. Do we know, in the course of History, of an ethnic group which would not rejoice when learning that, in a war ended fifty years before, it had suffered many less losses than it thought? Would the discoverer of such good piece of news, not be rewarded, celebrated? Would he be overwhelmed with heavy fines, would he escape attempted murder, as such was the case with Professor Faurisson? Do such reactions not belong to a heavy case of psychopathy?

2. Have the live skeletons which can be seen in such films as “ Night and Fog” (by Alain Resnais), have anything to do with gassing? Are they not the result of famine in the camps because of the systematic bombing of German towns containing more than 100,000 people, “holocausting” hundreds of thousands of women and children who are never mentioned?

3. Where would have been the 4 million Jews ( if we consider that 2 millions were killed in battlefields), when it is well known that one camp could not contain more than 60,000 thousand people, and that except in Auschwitz, there was no zyclon B gas-chambers? ( there never was any proof of mass gasing with any other gas).

4. Are the witnesses worth anything, when you know that torture was the way to squeeze out evidence. Such was the case of Commandant Hoess whose ludicrous declaration has become a legend . What about the 100 witnesses of gassing in Dachau, when it is official that there was no gas chamber in that camp?

5. 130 kilos of coal are necessary for the cremation of one dead body. We are told that the Germans cremated 1300 corpses a day. U.S.A aircraft took hundreds of pictures of Auschwitz, during the supposed period of the holocaust. ( 1943-44). Why is there not a single gigantic heap of the necessary coal? Why not a single black coil of smoke?

6. Why do radio, films, press, T.V., continue daily to inflict upon us the myth of the six-million-gas-chambers, in a never ending whining and moaning? Why is the Jewish lobby chasing, 50 years after the end of the war, nonagenarians who attempted to rescue Germany from the iniquity of the Versailles treaty, from the rot of the Weimar Republic, from the collapse of German youth, from the unemployment of 6 million people, who, back to work could give bread to the 21,500,000 persons who were dependent on them?

8. How is it possible that the gas chambers could be just near the crematoria, when any chemist will tell you that zyclon B is hyperflammable?

9. Why are revisionist historians persecuted when they demonstrate the hoax of the Shoa? A scientific dialogue, a court-ordered appraisal have been demanded since 1980 about a problem specifically arithmetic and technical. It would seal truth for ever. It would definitively shut the mouths. Such was the case for Katyn, thanks to the revisionist Gorbatchev.

10. How could zyclon B gas 1000 people at one time, when it is well known that the USA gas chamber for one ( maximum 2) persons sentenced to death, are of an unheard of complexity and cost? Why, at the trial of the Degesh, which fabricated the cyclon B, was it declared in 1949, that gassing in such conditions is impossible and unthinkable?

11. Why did Leuchter, who was in charge of the maintenance of the USA gas chambers, give the firm evidence that there was no gassing in Auschwitz? Why have Austrian and Polish reports confirmed the Leuchter report? Why is the Rudolf report, which analyses all results, forbidden? Why are those who divulge the Rudolf report, heavily sentenced by the law. And yet the slightest care of the quality and accuracy of the report is not taken…

12. Why was, for the first time in History, the doctor’s degree of Mr Roques, on the “ Gerstein report” cancelled? And still, this report was not accepted at the Nuremberg trial! Besides, the well known historian, a socialist minister, Alain Decaux, mentioned in the press that “ nobody could have access to the Gerstein report, without passing first through the excellent thesis of Mr Roques”…Alain Decaux said: “I admired the skill and perfection of a “chartist”[1] performed by M.Roques in his doctor’s degree on the Gerstein report”. ( in his book: “La guerre absolue” 1998)

13. Why did Raymond Aron and François Furet at a Sorbonne seminar, ( to which no revisionist was invited), state that there was not the slightest trace of a written or oral order for the extermination of the Jews?

14. Why is it never spoken of the planning of the extermination of the Germans by sterilisation of German men, as expressed in a book written by the Jew Kaufmann (“Germany must perish”), It is undoubtedly a small detail…

15. Why could cyclon B, used by the Germans for hygiene since 1920, be used in the concentration camps for other purposes than delousing and protection against typhus? Why could large quantities of zyclon B be found in camps where it is official that there never was any gassing ???

16. Why do they harp on the “six-million-gas-chamber” and never on the 80 million Goyim exterminated in the USSR, by an entirely jewish political regime, the executioners of which bore the names of Kaganovitch, Yagoda, Frenkel, Firine, Jejoff, Ourenski, Rappaport, and fifty other Jews…?

17. Why, during the Zundel trial in Canada, did the famous exterminationist Jews disgrace themselves by talking of “ poetic licence” in their holocaust assertions, and never came back when summoned by the judges?

19. Is it not the supreme proof of the fake? Is it not casting out the nines? There is no need of stalino-Orwellian law « to be put in prison because of one’s beliefs » ( thought crime of « 1984 ») as stated M. Toubon, before he became a minister of Justice in France, to set up truth. This law is anticonstitutional, antidemocratic, against the rights of men. Any facts, proofs, pros and cons, are what we need. Professor Faurisson besought for the granting of a forum with an unlimited number of contradictors: he never obtained it. L’abbé Pierre did ask for it : they pretended to grant it but refused it almost immediately. The forum did take place on a T.V channel at Lugano. It was a complete success for the Revisionists and was broadcast twice. Nobody knows it as the media at the beck and call of the Jewish lobby, move their little finger only when authorised.

20. Why is it that, when a professor declares that the holocaust is an arithmetic and technical ineptitude, he is forthwith dismissed! This, for the first time in History, sets up the insane concept of religious historical dogma, which in case of non perennial worship, is doomed to be struck by the lightning of the inquisition of a secular state.

21. Why did the EXPRESS, a famous French newspaper, in January 1995, assert that the gas-chamber shown for decades in Auschwitz I, was reconstructed after the war, and that all that concerns it, is false?

22. By the way, a corpse soaked in cyanide acid, with lungs full of this gas, does it not explode in a crematorium???!!!

23. Why did the historian, Jacques Baynac (an antirevisionist) assert that there was no possibility whatsoever to prove the existence of gas-chambers? ( in articles of the “Nouveau quotidien de Lausanne” dated 3 and 4 September 1996).

24. Who is a negationist: he who refuses to examine facts, evidence, experts reports, or the one who takes all relevant facts in consideration? A NON-revisionist historian is anything you want except a historian! A historian is by definition “revisionist”.

25. How is it that M.Roubeix, a chief executive for 20 years of the factory in Saint Avold, producing cyanid acid ( zyclon B) asserted categorically that all that was said about the german gas chambers was pure humbug?

There was actually a holocaust of 60 million people in a war declared in 1933 by the Jews against Hitler. Hitler had given bread to 6 million unemployed, he had rejected the dictatorship of the dollar and the Jewish totalitarianism which pollute man and the planet and which is called “democracy” by semantic mystification. Only two parties are left: the totalitarian judeopathy, exterminating man and the planet, and Nationalism for the Goyim not yet cankered by capitalisto-marxist Jewish influence.

How could it be possible that hundreds of civilian workers might have come in and out Auschwitz every day and never seen the gas chambers or heard about them?

Let's look at #22 closer, "By the way, a corpse soaked in cyanide acid, with lungs full of this gas, does it not explode in a crematorium???!!!"

Zyklon B is basically cyanide gas, which has a flash point of ZERO degrees. The flash point of a volatile material is the lowest temperature at which vapors of a fluid will ignite.

So why weren't those alleged crematoria blowing up when the nasty Nazis tried to incinerate a corpse filled with cyanide gas? For comparison, let's look at jet fuel, which we've been told--in another Jew Inc LIE--was the reason the WTC Twins blew up so spectacularly, because the jet fuel ignited.
Jet Fuel has a flash point of 100 degrees F, which means that it is about 100 times more difficult to ignite than cyanide gas, temperature wise, that is.

So again, "By the way, a corpse soaked in cyanide acid, with lungs full of this gas, does it not explode in a crematorium???!!!"

For the letter he sent to that master propagandist, Steven Spielberg, click here:


The Non-Destruction of the European Jews...excellent link with many, many true stories about the biggest fraud of the 20th Century, the Holocaust™