People, especially Americans, need to open their eyes and realize they've been conned.

I am posting my questions about the numerous Holocaust™ LIES because on 9/12, the day after the 15th anniversary of the Israeli masterminded 9/11 False Flag, I saw something on C-span that made me almost nauseous, the US House was singing the praises of Holocaust™ con man He Lie Weasel.


Over the course of his career, Wiesel has told many tall tales about his alleged experiences during World War II. They can be called "true lies," since they are meant to edify and are told with supposedly good intentions, even though they are not true. In the following pages, I shall examine closely one of these "true lies." It has to do with his internment at Buchenwald. As I tell the story, it will become apparent to readers that I avoid using the word "Holocaust." Since that term is has become a media code word that is all too often used as a justification for the Jewish war crimes and crimes against humanity that are routinely committed in occupied Palestine, it is tainted. It is also associated with the scams and manipulations of various Jewish holocaust profiteers, of whom Wiesel himself is probably the most flagrant example.

We've got many problems in the USA that need immediate attention, but what does the Congress do? Suck up to a Holocaust™ con artist on the day after the Israeli masterminded 9/11 False Flag.

It's easy to see what's going on here: The same SOB's who have been pushing their phony Holocaust™ fraud are now trying to link their attacking the USA on 9/11 with their Holocaust™ scams, turning both into a quasi-religion that none can question, as you'll be too busy worshiping at the altar of Judaism, the Overlord to both cons.


L. Paul Bremer, the man who first appeared on television newscreens at 12.45 pm that same day to suggest Osama bin Laden may have been the culprit[9], worked at Marsh & McLennan, the same company whose offices occupied precisely the impact zone of Flight 11 (floors 93-100). Bremer himself was supposed to be present for a meeting that morning, but understandably didn't turn up for the barbecue party. Ironically, Bremer previously sat on the board of advisors for Japanese machinery company Komatsu, who, working in conjunction with Dresser industries (an oil company with links to Bush senior that merged with Haliburton in 1998[10]), patented a thermate demolition charge in 1996 which "demolishes a concrete structure at a high efficiency, while preventing a secondary problem due to noise, flying dust and chips, and the like."

Guess I just can't get my mind around the FACT the the USA is a colony of Apartheid Israel and we are nothing more than concentration camp inmates of Das Juden.


Former inmates have confirmed that they saw no evidence of extermination at Auschwitz.

An Austrian woman, Maria Vanherwaarden, testified about her camp experiences in a Toronto District Court in March 1988. [16] She was interned in Auschwitz-Birkenau in 1942 for having sexual relations with a Polish forced laborer. On the train journey to the camp, a Gypsy woman told her and the others that they would all be gassed at Auschwitz. Upon arrival, Maria and the other women were ordered to undress and go into a large concrete room without windows to take a shower. The terrified women were sure that they were about to die. But then, instead of gas, water came out of the shower heads.

Auschwitz was no vacation resort, Maria confirmed. She witnessed the deaths of many fellow inmates by disease, particularly typhus. She saw some take their own lives. But she saw no evidence at all of mass killings, gassings, or of any extermination program.

A Jewish woman named Marika Frank arrived at Auschwitz-Birkenau from Hungary in July 1944, when 25,000 Jews were supposedly gassed and cremated daily. She likewise testified after the war that she heard and saw nothing of gas chambers during the time she was interned there. She heard the gassing stories only later.

Why were/are so many lies used to start and them prop up the Holocaust™?

The one that had Jew ashes/fat used to make soap? Turned out to be a lie.

The one that had Jew skin used to make lampshades? Turned out to be a lie.

The one that had giant electrical mats used to electrocute Jews? Turned out to be a lie.

The one that said Bergen-Belsen had homicidal gas chambers? Turned out to be a lie.

The one that had the shrunken Jew heads? Turned out to be a lie.

The one that said steam chambers were used to kill Jews? Turned out to be lie.

The one that said electrified water vats were used at Belzec? Another lie.

The one that said the Germans had used a "newly invented" device to instantaneously "vaporize" 20,000 Jews near Auschwitz "in such a way that there was no trace left of them." Another LIE. (This whopper is my current fav Holocaust lie. The nasty Nazis were vaporizing Das Juden?)

WTF, someone watched too many 1939 Buck Rogers serials. 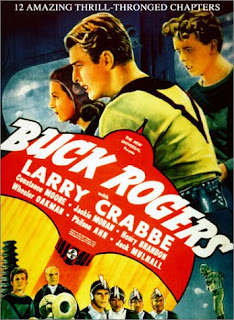 Maybe Buck should turn his ray gun on the numerous Holocaust™ LIES?

The one that said 4,000,000 Jews were killed at Auschwitz? Turned out to be a lie, since that number dropped to a little over one million, and that included non-Jews.

When one adds in the 17 or so European nations that have declared it against the law to ask historical questions about WW II, the atmosphere is indeed getting chilly. A good example of that is the Internet. I don't use GOOGLE, choosing to use "Duck Duck Go."

But even that portal is becoming contaminated. When you look up a subject, the links that show are mostly Jew MSM, not a alternative news blog site among them, a change which has slowly happened over the last year.

Jew Inc knows it can't stop the truth about their role in the 9/11 False Flag from outing nor stop people asking questions about the phony Holocaust™. But using tainted algorithms they can stop the info needed for research to be disappeared from the search engines.

Truth can stand on its own, and doesn't need a phalanx of laws, police and judges to enforce one tribe's version of history. But a lie, especially the Big Lie, needs all the help it can get.

What a shame that World Jewry has said that any legit study of the holocaust is VERBOTEN.

French workers are again in the streets, rioting about the punitive labor law changes Hollande rammed down their throats after the last French False Flag in July. That False Flag also gave the Zionist pig Hollande the excuse to ram thru an extension of the French state of emergency law, which expires next month.

BE ON YOUR GUARD, PEOPLE OF FRANCE, THE DARK FORCES ARE AT YOUR DOOR AGAIN.
Posted by Greg Bacon at 10:07 AM