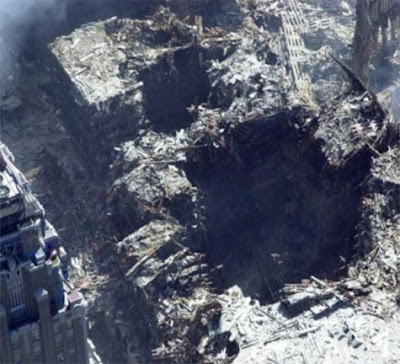 What about the mysterious 9/11 explosion at WTC 6 that sent building fragments over 500 feet into the air?


Before the smoke had cleared from around the stricken South Tower, a mysterious explosion shot 550 feet into the air above the U.S. Customs House at 6 World Trade Center. This unexplained blast at the Customs House has never been investigated or reported in the mainstream media.

No plane hit WTC 6 and there was no fire, so what caused WTC 6 to explode from WITHIN the evening of 9/11?

What Caused the WTC 6 Crater?

Whoa, I'm not done! What about WTC 4, that had billions of dollars of gold and silver bullion stored in the basement?

Was Benjamin Laden so crafty his band of Muzzie terrorists were able to sneak into the heavily guarded WTC 4 vault and steal several hundred million in gold and silver bullion the NIGHT BEFORE the 9/11 attack?

Guess they tired of showing up at tittie bars, snorting cocaine, drinking copious amounts of booze, issuing threats and leaving their Koran at the bar!

Isn't that what devout Muslims do? Go to tittie bars, drink and snort cocaine? Remember, that was a big part of the original lie, until some pointed out that real devout Muslims wouldn't be seen near such a place, but Israeli's pretending to be Muslims would.

But wait, wasn't there an investigation? 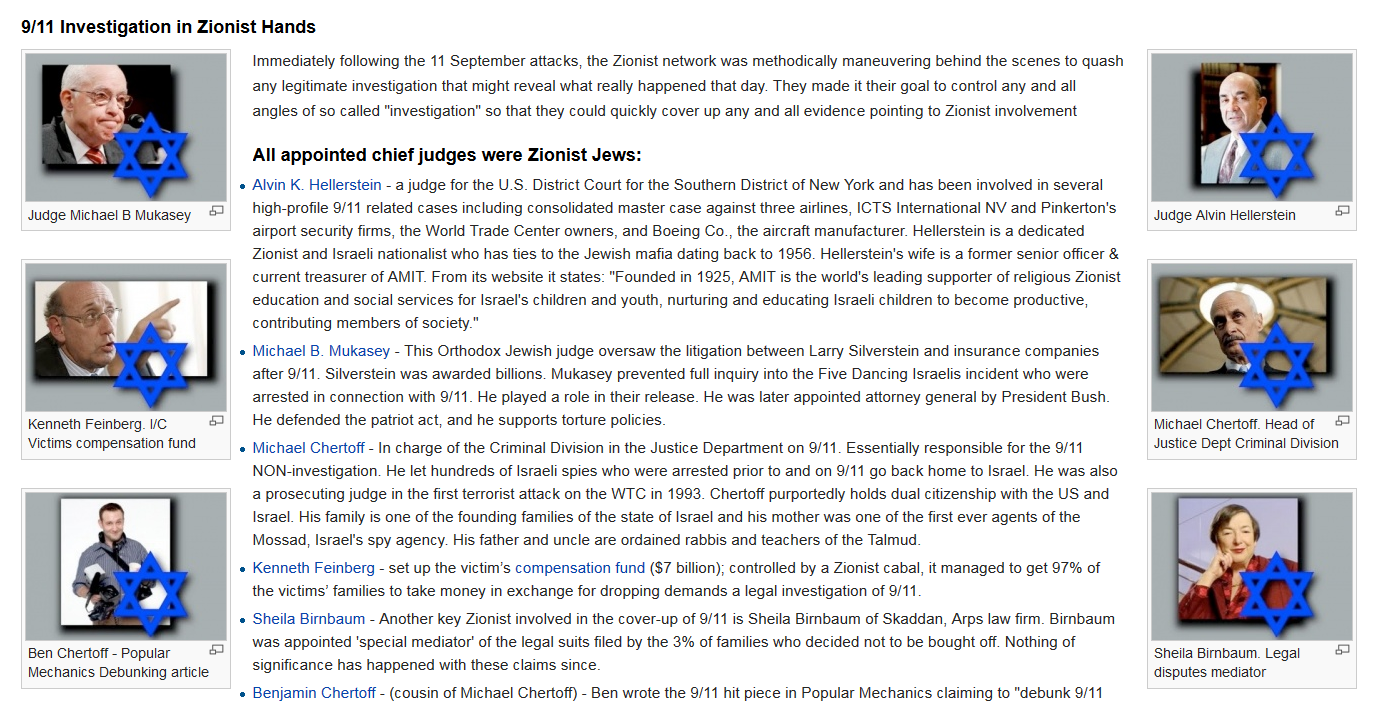 Hope there's plenty of bagels to go around!


9/11 Commission: Zionist controlled Philip Zelikow, chairman who "...worked out on a detailed outline of the 9/11 Commission Report - containing chapter headings, subheadings, and sub-subheadings - in March 2003, but to prevent accusation of its having been a foregone conclusion, this was kept secret from the 9-11/Commission members, who worked for another year or so before being shown the draft report."

How considerate the Jew Zelikow was to work out DETAILED outline of what HE thought knew happened on 9/11, containing chapter headings, subheadings, and sub-subheadings, BEFORE the 9/11 Commission had even met!
He just wanted to save them time and trouble, that's all!

There can only be ONE answer, 9/11 was an Israeli masterminded False Flag, aide by traitors in the WH, the Pentagon, the CIA, FBI and NSA.