America, How Does it Feel to Live in a State of Constant Terror & Fear?

So America, how does it feel to live in a state of constant terror and fear, realizing that at any moment, some CIA/Mossad assassin team could machine-gun you and your family to bits?

Welcome to the world of all those Muslim nations we've been destroying--at Israel's behest--since their 9/11 False Flag. The people of Afghanistan, Iraq, Libya, Syria and Yemen (and others, like Somalia) know that at any moment, a US Hellfire missile could slam into their home, marketplace, mosque or even a wedding party, blowing them all to smithereens. Or some gangsters wearing US Army or Marines uniforms could roll hard into their village, blasting away at everything that moved, using machine guns, artillery and mortar shells, or get serious bomb tonnage dropped on their heads.

For Afghans, that's been a real threat for over 16 years. For Iraqis, going on 15 years. For Libyans, now over six years. For Syrians, five plus years. For Yemenis, now over three years. Being obliterated or turned into pulp or filled full of lead is what they know as life, courtesy of an apathetic US public, which doesn't much care who is getting blasted, as long as it's over there.

But now it's here and it's scary as Hell, ain't it?

Here's what it's like to live in Mosul, Iraq... 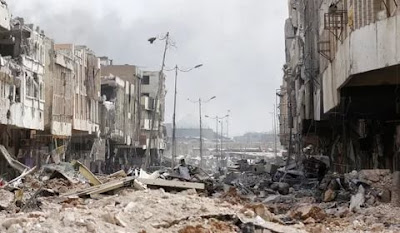 Here's what it's like to live in Aleppo, Syria... 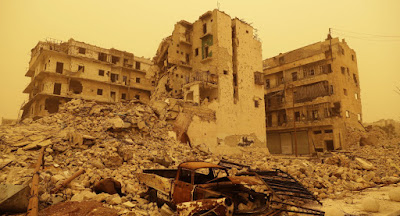 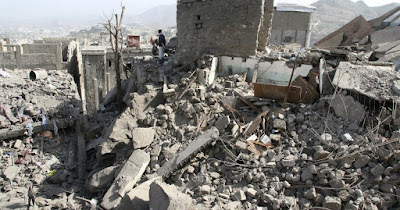 Here's what its like to live in Sirte, Libya. This is what a 'No-Fly' zone looks like. 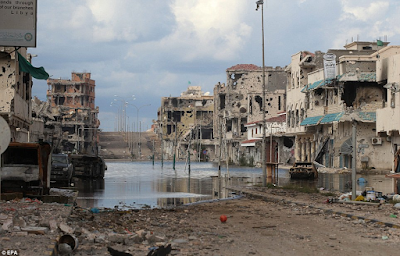 Just a small pictorial of what is coming to the USA, when Israel and her Deep State assassins decide we need more lessons in how to be obedient Goyim.