Only a sick, vile, depraved POS would celebrate the horrific Vegas massacre, but that's what Antifa is; a collection of violent, sick, depraved, unhinged thugs. 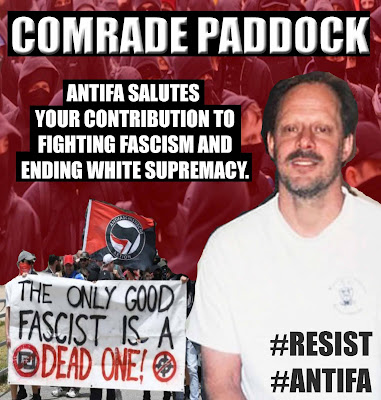 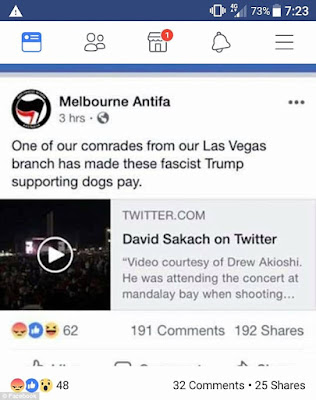 What's Antifa got planned for us deplorables?


The “Resources” page of the group’s website offers a number of publications that promote violence, including a 36-page manual called the “Mini-Manual of the Urban Guerrilla,” which advises readers on how to conduct urban warfare, with sections on “sabotage,” “kidnapping,” “executions,” and even “terrorism.”

"Remember, remember the Fifth of November" which is due shortly. The Antifa thugs will rise out of their dank basements and terrorize America.
Posted by Greg Bacon at 10:59 AM