Are all Israelis & Jews This Demented? If this Can Happen in Brooklyn...

I'm willing to go out on a limb here and say that the Palestinians living in the under siege West Bank and those living in the world's largest concentration camp, Gaza, would answer YES!

Ah yes, the face of that legendary Jew kindness!

Daniel Ambash – the former leader of a small renegade group of Bratslav Hasidim in a former Arab village near Jerusalem – was convicted and imprisoned by an Israeli court on 18 criminal charges including sexual offences, child abuse, and incarceration as well as inflicting sadistic violence on others in 2013. He was subsequently imprisoned for a term of 26 years by an Israeli court.


‘According to the court ruling, on one occasion, Ambash took one of his wives outside the house, naked, in the middle of the night, and splashed water on her and dragged her by the hair. In another incident, he shoved the head of one of his wives into the toilet and flushed it as she suffocated.
He also raped his daughter on another occasion in front of his whole family, including several children, claiming it was “part of her duty in family life.”’

Uri Blau writing in Haaretz in 2008 describes how:

‘In the past few years, he has surrounded himself with a small, tight-knit, insular community with many children, a handful of men and a few women. During the day, the women and children are sent out to collect donations and sell books at intersections and shopping malls around the country... "They work all the time and give the money to them. I know that Dorit goes into the coffee shops and asks for donations and Asa stands at the cemetery and asks people to give a donation or to buy a book. It's an industry. They also made Asa sell his home in Bnei Brak and they took the money. Asa and his wife believed that this was what they had to do, from a religious standpoint. His mother went to the police and was told that since her son is not a minor, there's nothing they can do. Daniel told her straight out at the time that her son wanted to donate the money from the apartment and that he was going to take the money."’

So in essence Ambash was sitting in his squat having his wives and assorted adopted and biological children go and beg for money so that he could live how he wanted, while he beat and raped them if they came home without enough money.

Shades of Dickens’ Oliver Twist anyone?

Despite this Ambash’s wives have a severe case of Stockholm syndrome and have been demanding conjugal visits with him in prison. In addition to posing for publicity photos, creating petitions and even created a website claiming that Ambash was framed by the Israeli government.

Basically Daniel Ambash can only be described as scum.

The above posting is from the sharp, intuitive, fearless mind of Karl Radl at Semitic Controversies

What is it with male Jews and their propensity for deviate sexual practices? Was it caused by some kind of traumatic birth incident?

Or maybe Jew men are serious assholes that can only feel manly when they're fucking with some GOY?

See a mob of ACIDIC Jews flexing their muscles on some GOY bicyclist. Engaging in battery, assault, kidnapping and other felonious assaults, but you won't see them in court for their crimes.

Here in the US of AIPAC, probably in Brooklyn, where the Jews have their own police force, called the 'Shomrim." That's Hebrew for MAFIA.


Looks like Danny boy has some influential help going to bat for this convicted perv by trying to gather signed petitions to let the predator out of muh prison.

But Jews will be Jews--see Roman Polanksi & the Memphis Three--and now another web page is up and clamoring for his release. Not enough prey in prison?

Go to this link to see the tear-stained pages of Danny boy's supporters.

Danny boy could scream anti-Semit...nope, that only works with GOYIM. How about calling Israeli judicial system full of Nazis? Drag out the Hitler analogy and the world is yours.

Speaking of Adolf, he tried to warn us: 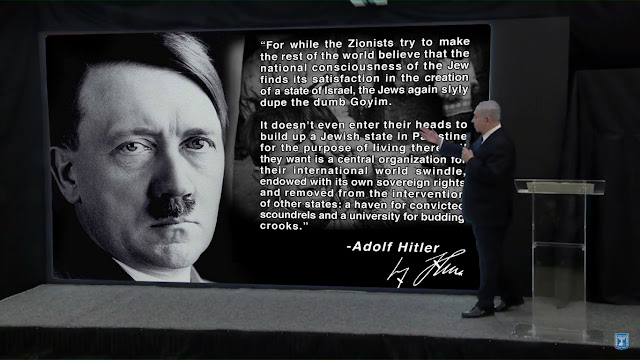