Who was Really Behind the North American Slave Trade?

Since this seems to be a popular subject of late, with the usual (((suspects))) in the MSM blaring out it was White Gentiles that kidnapped, transported, sold and used slaves on plantations, and using that to try and start a race war, let's look a little deeper in this and see what we find:

"Jews also took an active part in the Dutch colonial slave trade; indeed, the bylaws of the Recife and Mauricia congregations (1648) included an imposta (Jewish tax) of five soldos for each Negro slave a Brazilian Jew purchased from the West Indies Company. Slave auctions were postponed if they fell on a Jewish holiday. In Curacao in the seventeenth century, as well as in the British colonies of Barbados and Jamaica in the eighteenth century, Jewish merchants played a major role in the slave trade. In fact, in all the American colonies, whether French (Martinique), British, or Dutch, Jewish merchants frequently dominated. 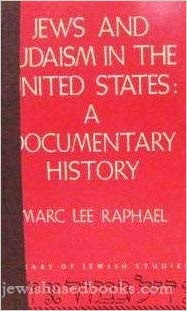 "This was no less true on the North American mainland, where during the eighteenth century Jews participated in the 'triangular trade' that brought slaves from Africa to the West Indies and there exchanged them for molasses, which in turn was taken to New England and converted into rum for sale in Africa. Isaac Da Costa of Charleston in the 1750's, David Franks of Philadelphia in the 1760's, and Aaron Lopez of Newport in the late 1760's and early 1770's dominated Jewish slave trading on the American continent."

The trail is getting hot...for someone.

The Anti-Defamation League lists in their 1976 pamphlet titled "American Jews: Their Story 13 pioneers of the American Jewish community"—10 of whom have been definitively linked to the slave trade!

-- Lee M. Friedman, a one-time president of the American Jewish Historical Society, wrote that in Brazil, where most of the Africans were actually shipped, "the bulk of the slave trade was in the hands of Jewish settlers."

-- Jewish scholar Dr. Arnold Wiznitzer is most explicit about Jewish involvement in Brazil: "Besides their important position in the sugar industry and in tax farming, they dominated the slave trade....The buyers who appeared at the auctions were almost always Jews, and because of this lack of competitors they could buy slaves at low prices."

-- Isaac and Susan Emmanuel report in their book History of the Jews of the Netherland Antilles that in Curaçao, which was a major slave-trading depot, "the shipping business was mainly a Jewish enterprise [and] [a]lmost every Jew bought from one to nine slaves for his personal use or for eventual resale."

-- Rabbi Herbert I. Bloom wrote in his book, The Economic Activities of the Jews in Amsterdam, that "the slave trade was one of the most important Jewish activities here (in Surinam) as elsewhere in the colonies." He even published a 1707 list of Jewish buyers by name with the number of Black humans they purchased.

So who had many of the ships used to steal Africans from their homes? 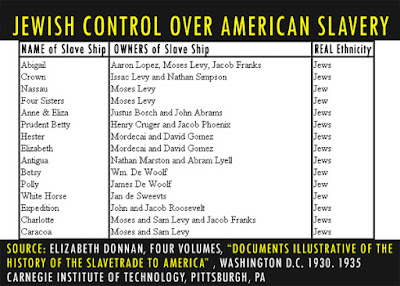 We're getting closer to the truth, which some people hiss at, especially when it interrupts the (((Hollywood))) portrayals they've spent so much money creating. 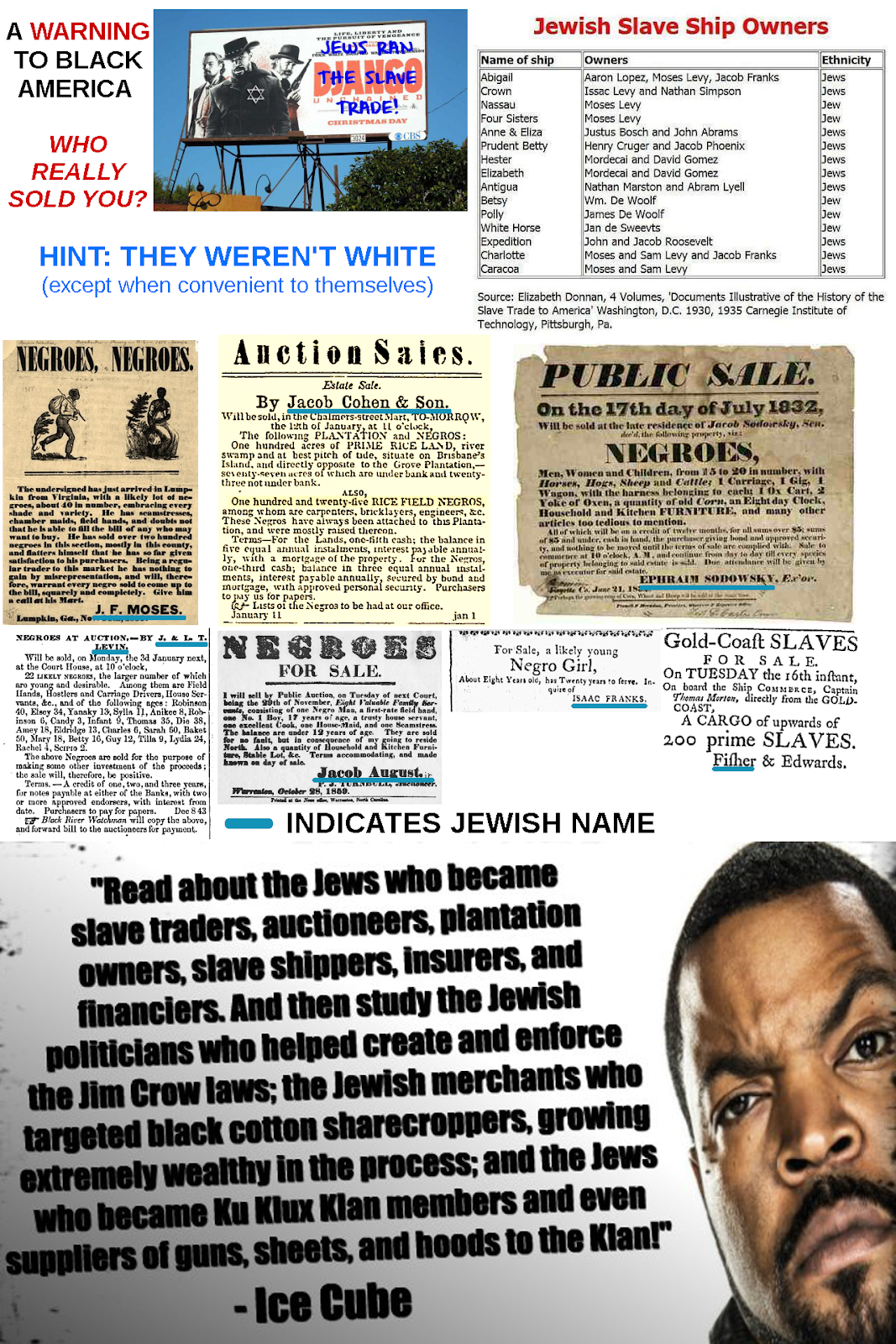 Looks like we've shattered another Hollywood myth, so let's talk about the decent thing to do, REPARATIONS from those who made the most money off this atrocity. 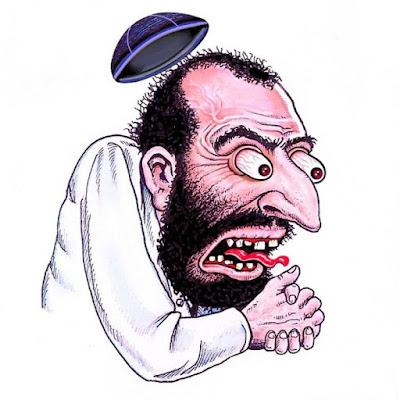