How Israel armed the drugs cartels 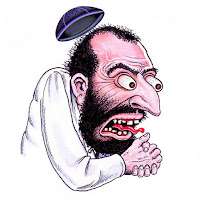 However, there is ample evidence that Israel has aided, trained and armed criminal drugs cartels around the world. In large part, this was a component of Israel’s role as a proxy of US imperialism in Latin America during the 1980s. Israel continues in this proxy role today, with its arming of the Azov Battalion in Ukraine, one of the country’s most well-equipped neo-Nazi militias.

According to former Mossad officer Victor Ostrovsky in his book By Way of Deception, the Mossad intelligence agency used the Thai heroin trade as a way to raise funds for top secret operations on US soil, which were very hush-hush because it is likely that they were actually against US law.

“The Mossad had made its first contact with the opium growers in Thailand [in the late 1970s],” Ostrovsky wrote. “The Americans were trying to force farmers to stop producing opium and grow coffee instead. The Mossad’s idea was to get in there, help them grow coffee, but at the same time help them to export opium as a means of raising money for Mossad operations.”

In the 1980s and early 1990s, the so-called “King of Cocaine” was Pablo Escobar, the leader of Colombia’s notorious Medellin Cartel. At the height of his career, Escobar’s cartel was responsible for some 80 per cent of the cocaine smuggled into the United States. One estimate put his net worth at $30 billion.

Good ol' Israel, a friend to all us Goyim, always trying to help us Gentiles...

The Medellin Cartel’s military leader was Gonzalo Rodriguez Gacha, who set up “self-defence” squadrons to protect his “ranchers” from left-wing guerrillas like the FARC, which had been taxing their cocaine exports. Rodriguez Gacha and his affiliated far-right death squads were responsible for some of the country’s worst campaigns of political terror, targeting judges, politicians and civilians alike for assassination.

According to the Columbian secret police, the Cockburns wrote in their book Dangerous Liaisons, Colonel Klein “had not only taught Rodriguez Gacha’s men how to make bombs (including one that exploded on board [a] commuter flight), he had also trained the killers of Luis Carlos Galan, a presidential candidate in 1989 who was often compared to John F. Kennedy and who almost certainly would have moved into the Presidential Palace. General Maza [of the secret police] also accused Klein of importing quantities of Israeli arms for the Medellin Cartel.”

In 1989, after US and Columbian authorities had finally turned decisively against Escobar and his associates (under the rubric of the “War on Drugs”) they eventually cracked down on the the cartel. Rodriguez Gacha, along with his son and bodyguards, died in a last-stand shootout. When they lined up the bodies, the authorities found a cache of 178 Israeli “Galil” assault rifles.

Later on, when details of Colonel Klein and his training firm Spearhead came to light in the world’s press, Israeli politicians attempted to distance themselves, painting the group as something of a rogue operator. But that was far from the truth.

As the Cockburns document, the Israeli government would have had to have known about the arms shipment that Klein and his firm facilitated to the right-wing death squads and drugs cartels. One high ranking Colombian official declared “unequivocally” that “officials of the Israeli government knew and consented to the sale of the arms shipment to Colombia, up to the point of expediting a vessel to complete the first step of the route.”

Decades later, Klein was arrested in Russia after a Colombian court had convicted him in absentia of training the death squads. An Interpol warrant had been put out for his arrest. Russia had at first agreed to deport him to Colombia, but ended up making a deal with Israel to exchange him for a Russian prisoner. As far as is known, Yair Klein (now promoted to Lieutenant-Colonel) still walks free in Israel.